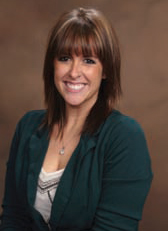 Alex Bertone learned the most valuable lesson of her budding career at Rocket Gaming Systems: be genuine.

“I cannot stress that enough. If you want to succeed in tribal gaming, you have to be a genuine human being. You have to care about your customers and their needs,” says one of GGB’s latest “40 Under 40” selections.

Bertone started at Rocket as an entry-level compliance administrator, sending project notifications to gaming commissions and Class II casino operators. In less than two years, she went from being an employee with no industry knowledge to an account executive who intricately knew bingo systems and games.

“Rocket brought me to the dance, and I will always be grateful,” she says.

Her next stop at Gaming Laboratories International taught Bertone to step out of her comfort zone.

“GLI allowed me to dive into the regulation side of the business. I was able to network with regulators from across the country and assist in protecting their tribal assets.”

Bertone parlayed these two positions into her current job as a project manager at Ainsworth Game Technology. In her role, Bertone creates game configuration mixes and develops the progressive implementation strategy for the company’s server-based gaming installations, expansions and conversions.

“I ensure undertakings are completed seamlessly. I also analyze game performance data to ensure customer and player satisfaction,” she says.

A graduate of Pittsburg State University in Kansas with a degree in marketing, Bertone credits not only her knowledge of North American tribal gaming but tenacity for her success.

“I am self-motivated and coachable. And I am not afraid to roll up my sleeves during an installation.”

For all her can-do spirit, Bertone owes much to a pair of key mentors. Jodi Morgan, now with Eclipse Gaming, convinced her to add the sales side to her resume. “She took me under her wing and introduced me to every casino and operator she could get me in front of. She gave me the tools and confidence. I will forever be in her debt,” she says.

She met the other mentor, Russell Witt, at GLI and now reports to him at Ainsworth, where he is a director of operations and business development.

“Russ is the definition of team leader. He taught me to always look at the bigger picture and hold true to what is right for tribal gaming,” says Bertone, who also runs her own woodworking shop called Knotty Bark Designs, which specializes in wood burning.

For Bertone, her future likely includes more analytics. “I’m a nerd when it comes to numbers. Data doesn’t lie, and I like the challenge of trying to perfect the footprint I have to work with at each property.”

As for tribal gaming’s future, Bertone sees skill-based gaming as an opportunity. “But I truly believe that Class II will surge again, sooner, rather than later. The technology is here,” she says.