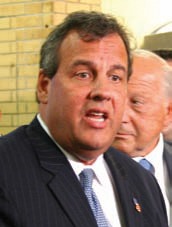 New Jersey Governor Chris Christie made a big move to help turn struggling Atlantic City around by appointing an emergency management team to develop a financial plan for the resort, which is reeling from the closure of four casinos and a steadily shrinking casino ratable base.

“I can’t wait any longer,” Christie said. “We need more aggressive action. We are digging out of an enormous hole. It’s time to confront the dire circumstances with which we are confronted.”

Christie made the announcement at the third summit he has held with casino executives, business leaders, union leaders and state and local officials to find strategies to help the resort.

Christie named Kevin Lavin, a corporate finance attorney who specializes in helping troubled companies, to reconstruct the daily operations and finances of the city. Christie also named Kevin Orr, a former corporate bankruptcy lawyer who led Detroit through its municipal bankruptcy, as a special counsel to Lavin.

Christie made the appointments under an executive order using laws put in place when the state moved to take over operations of Camden about 13 years ago. But officials stopped short of calling the Atlantic City move a state takeover of the city.

Under the executive order, the management team is to produce a turnaround plan within 60 days “to place the finances of Atlantic City in stable condition on a long-term basis by any and all lawful means.” Officials expect it will take about 90 days to implement the plan and then 90 days to see results.