The economy has taken some of the steam out of ultra-dining in the casino. In response to consumer demand, chefs like Bobby Flay and Wolfgang Puck are trimming the fat-on both sides of the menu. 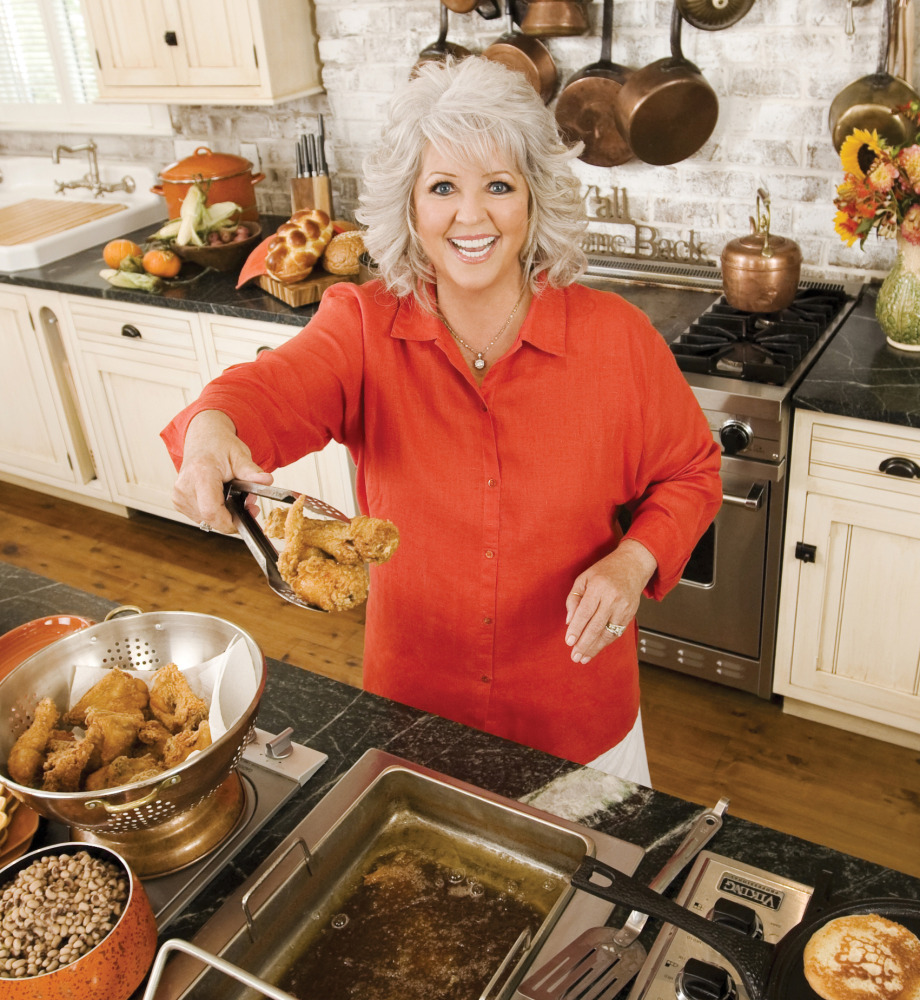 If you visit Bobby Flay Steak at Atlantic City’s Borgata Hotel Casino & Spa, better empty the piggy bank first. The spice-rubbed Kobe steak is per person; with lobster tail, it comes to 5. Add salad, appetizer, a glass of wine and dessert, and you’ll pay an additional to , minimum.

From soup to nuts, you’ve just shelled out a breathtaking $400 for dinner for two, excluding tip.

Sure, the food is scrumptious, and the name of superstar chef Bobby Flay has an undeniable allure. But in these tough times, ultra-dining has lost some of its appeal-a reality reflected by the revenues. By some estimates, food and beverage was down 20 percent in 2009. And in this stubbornly recessionary economy, even freewheelers who once splurged on fine dining are holding fast to their purse strings.

Flay and other celebrity chefs, in and out of the casino environment, have responded to the economic tailspin by introducing a novel concept: the affordable meal. The first Bobby’s Burger Palace opened in Lake Grove, New York, in 2008, just as the Great Recession became official. The fourth opened in 2009, at Mohegan Sun in Connecticut.

It was a masterstroke of good timing. With the fast-casual outlets-there are now five-Flay answered two immediate needs among U.S. diners: the desire for a bargain; and the hunger, in these stressful times, for comfort food. At the Burger Palace, hamburger prices top out at $7.50. A grilled cheese and tomato sandwich is just $5.50. Fries are $2.50. And bottled beer is $4.50. Milkshakes are only five bucks, unless you spike them (alcoholic varieties, like the vanilla caramel bourbon shake, are $9).

All in all, a hearty meal can be had here for about $15 to $20. It’s still more than you’d spend for a fast-food burger, but hey-it’s Bobby Flay.

What’s New?
The celebrity chef phenomenon, launched in the 1980s by people like Emeril Lagasse and Wolfgang Puck, and ignited in the years since by the personalities on TV’s Food Network, shows no signs of slowing down-especially in casinos, notably in major jurisdictions like Las Vegas and Atlantic City. But it’s evolving to fit new expectations among consumers.

“There’s a strong price-value relationship, and celebrity chefs have reacted accordingly,” says David Rittvo, director of the food and beverage division of the Innovation Group, consultants for the gaming and hospitality industries. “First Bobby Flay opened his burger palace. Then Emeril opened Burgers and More-BAM, of course-at the Sands Bethlehem. From what I understand, it’s doing fabulously well, sometimes 800 people on a busy day. The trend has shifted a little bit to lower price points and check averages, and chefs are getting very creative” to keep people coming back.

The fast-casual, grab-and-go concept continues to catch fire. David Burke, who can command $45 for a Porterhouse steak at his top-tier restaurants, also offers “Burke in A Box” at Foxwoods Resort Casino in Connecticut. There, patrons can get a cheeseburger, fries and a malted for about $13-less than they would spend for a bowl of soup in one of Burke’s fine dining establishments.

At CityCenter in Las Vegas, Wolfgang Puck paired his upscale Brasserie Puck with a coffee bar called The Pods. To lure people to the former, Puck offered 25 percent off the check from January, when the classic French restaurant opened, through April. And breakfasts and lunches at The Pods have an average price of just $15.

“Celebrity chefs in general have seen declines in cover counts and check averages during the recession, and they’ve made strides to mitigate those circumstances,” explains Rittvo. “Emeril’s New Orleans, for example, did 10 to 15 dishes with smaller portions at smaller prices, so people can piece together a meal for less. Instead of offering a steak that costs the house $3 a pound, they may switch it out for short ribs, which only costs $1.50 a pound, so they’re able to provide value for the customer.”

In Atlantic City, the annual Restaurant Week-with three-course prix-fixe dinners for about $35-is continuing virtually year-round at many casino restaurants. In Las Vegas, Steve Wynn did likewise when he started his Taste of Wynn promotion, with 10 Wynn and Encore restaurants offering prix fixe menus during off-peak hours (from $29 at Wazuzu to $95 at Alex’s).

What’s In A Name?
“The celebrity chef restaurant will be around for a while, but just because a famous name is on the marquee doesn’t guarantee it will be successful,” says Howard Cannon, CEO of the Restaurant Operations Institute and Restaurant Consultants of America, and author of The Complete Idiot’s Guide to Starting A Restaurant.

“Emeril and Wolfgang Puck were among the first to do them with any panache and success, but then everybody and their uncle wanted to be a celebrity chef, and it didn’t always work out. Rocco DiSpirito failed in New York. Gordon Ramsay has had a lot of restaurants close. The customers don’t really care unless it’s a big, big name, truly a name that transcends the industry.”

In Ramsay’s case, the blistering Brit’s personality may have something to do with his failure to launch in the restaurant world. The biggest winners among celebrity chefs tend to be folks with great Q scores, like the aforementioned Puck and Lagasse, or Paul Prudhomme and Julia Child in days past. Though Ramsay usually ended his TV shows with a moment or two of humanity, it’s hard to forget his on-air invective-laced tirades. TV viewers these days get enough of that by watching Wall Street traders.

If likeability equals success, no one stands a greater chance of long-term dominance than Paula Deen. The immensely likeable Deen-who like Rachael Ray is a celebrity and a great cook, but not a chef-is making her mark in the casino industry with the antithesis of the ultra-fine dining restaurant.

Paula Deen’s Buffet opened at Harrah’s in Tunica, Mississippi, in 2008. The vibe there is strictly down-home, with dining stations named after family members (Uncle Bubba’s Oyster House, Little Jack’s Corner, and the salad bar, Granny’s Garden). It’s corny, and so is the menu. But try to resist Deen’s hoe-cake and biscuits, black-eyed peas and Southern fried chicken, and coconut cake and bread pudding. In these stressful post-boom times, comfort foods sure go down easy. For many Americans, they mean reassurance, stability, and what some restaurant consultants have labeled “a campfire experience.”

The tactic seems to be working for the Georgia-born Deen. This year, a full-service, 404-seat restaurant, Paula Deen’s Kitchen, will open at Harrah’s Cherokee in North Carolina. To maximize profitability, the restaurant will be adjoined by a 1,800-square-foot retail shop offering Paula Deen cookbooks, cookware and gifts.

“Paula Deen has the reach and visibility that most chefs can only aspire to-she’s become a branding machine,” says Cannon. “She resonates very, very high with the general consumer-the non-foodie, as well as the foodie. She can take everyday items and wow you, and it doesn’t cost an arm and a leg.

“No wonder she has a huge following. She proves people don’t have to go to a French restaurant for a small portion at an inflated rate to be satisfied.”

What’s Hot?
If the newly opened Marina Bay Sands in Singapore is any barometer, the celebrity chef in the casino is here to stay. Mario Batali, Daniel Boulud and Wolfgang Puck will all hang their shingles there this month, turning the city into “the culinary epicenter of Asia,” according to Sands CEO Thomas Arasi.

While the kitchen-god phenomenon has not yet been supplanted and no sweeping new trends are evident, beach clubs and nightclubs in some cities are getting as much attention as restaurants, and casinos are responding, opening them by the score. An emphasis on the beverage side of F&B is bringing more craft cocktails to casino bars, a strategy that can increase the bar tab by several dollars per round.

“We have seen more of the independent hotels or small luxury hotels moving away from the celebrity chefs for reasons of cost,” Blau says. “Instead of a celebrity chef who may visit occasionally, they are putting their money into hiring young talents and putting a marketing and PR budget behind them.”

Some recent examples: rising “rock star chef” and 2005 Iron Chef winner Kerry Simon, late of Prime at Bellagio in Las Vegas, who will soon open Simon Prime at the Atlantic City Hilton; and the lineup at the new Cosmopolitan hotel-casino in Las Vegas, including names that are not quite household names, like Jose Andres and Scott Cohen.

These newer arrangements are much more bottom line-driven than management contracts with celebrity chefs, which have big fees to match the big names.

But the mania for stars like Puck and Lagasse is unabated. “The casino industry and the hotel industry still have a hefty appetite for celebrity chefs,” says Blau.