Is Harry Reid working to get an i-gaming bill passed? 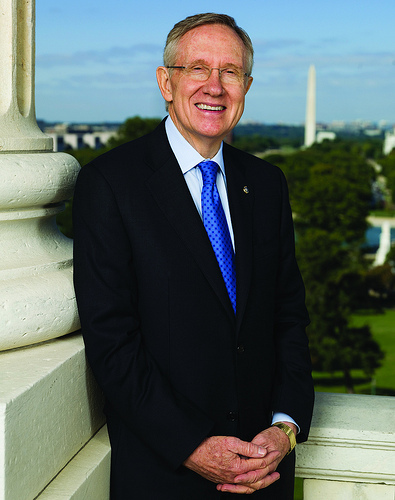 Since the Obama administration clearly defers to Harry Reid on any issue that impacts the gaming industry, it was unlikely that any of the various bills that would legalize or decriminalize online gaming would pass the Senate without his support-which was, until recently, lacking. But recent rumors and reports of Reid’s new dalliance with a comprehensive online poker bill may mean there is a window of opportunity in the United States.

H2 Gambling Capital, a U.K. group, issued a report in April that suggested Reid is negotiating a bill that would legalize, regulate and tax online poker. The activity is currently illegal, and the Unlawful Internet Gambling Enforce-ment Act, which prohibits banks and credit card companies from processing any payments to or from online gaming sites, is set to go into effect in June.

Rep. Barney Frank (D-Massachusetts), the chairman of the House Financial Services Committee, has sponsored a bill that would legalize online gambling and set up a regulatory system. Rep. Jim McDermott (D-Washington), a member of the House Ways and Means Committee, has authored legislation that would tax online gambling. And Senator Robert Menendez (D-New Jersey) has proposed a bill that would permit online poker. Senators Ron Wyden (D-Oregon) and Judd Gregg (R-New Hampshire) have proposed an internet gaming taxation bill as part of the federal stimulus package.

Reid’s views on internet gambling may have been influenced by a change in policy at the American Gaming Association. At the organization’s last board meeting, the policy was shifted from neutral to positive after many of the major members-MGM Mirage, Harrah’s Entertainment, Wynn Las Vegas and others-spoke in favor of internet gambling legalization.

Reid’s bill is reportedly limited to online poker, and would not include any of the other casino games at this point because there is less opposition and more support for poker.

According to H2, “A Reid-sponsored bill with wide approval should also have limited opposition, without the need for last-minute political intervention.”

The report also says the bill would allow individual states to opt out of online gaming.

But the bill is upsetting some Native American tribes, since there seems to be no provision in Reid’s rumored bill for them. Many tribes had been coalescing behind the Frank bill, which includes clear carve-outs for tribes that the Reid bill reportedly lacks.

The California Tribal Business Alliance, which represents nine tribes in the Golden State, recently sent a letter to Frank, chairman of the House’s banking committee, saying the group no longer opposes such a bill as long as gaming tribes don’t suffer by it. This is similar to a position taken recently by United South and Eastern Tribes, which represents 20 tribes, and which has called for a study of the effects of internet gaming on tribal operations.

“The legalization of internet gambling in the United States could be a disaster for tribal government gaming, or it could be a wonderful new avenue for tribal economic development,” said the letter written by Chairman Leslie Lohse of CTBA.

Lohse worries that Frank’s legislation might conflict with rights established by the Indian Gaming Regulatory Act, which grants tribes exclusive rights to operate casinos when they have compacts with the state.

She said her group would happily work with Frank to write a law that would protect Indian rights, and yet open the way for another source of gaming revenue. Frank has previously offered assurances that he doesn’t want his legislation to affect Indian gaming or compacts.