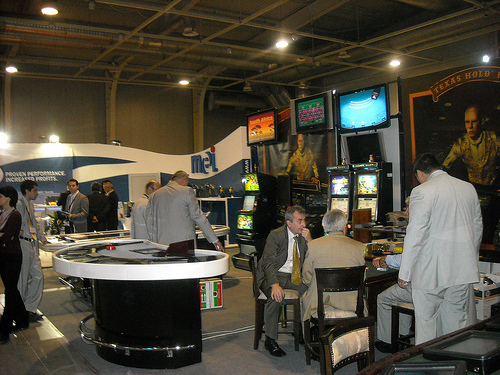 Eastern European gaming operators, still recovering from the double whammy of the closure of the Russian casino market and the surprise shutdown of casinos in Ukraine, gathered in Sofia, Bulgaria, last month for a summit on how to address their collective challenges.

The conference offered operators in Eastern Europe insight on how to maximize profit during the worldwide economic downturn. At an opening-day panel, regulatory and operational representatives said casino operators in the Balkans and nearby regions must be flexible in reaching out to new markets, including online gaming operations. “Because of the recession, people are changing attitudes about online betting,” said Andre Wilsenach, chairman of the International Association of Gaming Regulators.

Others in the conference sessions pointed to technology, acquisitions and marketing as the key factors that will lead the industry out of recession. “We’ll see changes in technology and in the number of gaming companies,” said former Nevada Governor Bob Miller, who is chairman of the International Association of Gaming Advisers. “In an economic downturn, the one with cash is king,” he said, noting that mergers and acquisitions are likely to have the dual purpose of allowing some companies to shed under-performing properties and others to enter the industry at a low startup cost.

There were 279 registered participants for the conference, which doubled the attendance of last year’s inaugural event.

The BEGE trade show, though smaller than last year (52 exhibits compared to 72), drew praise from the 1,268 registered attendees. Exhibitors, including slot manufacturers, ancillary equipment providers and a new section of amusement equipment displays, reported brisk business and good sales. There was increased visitation from central European countries such as Romania, Serbia, Slovenia, the Czech Republic and Greece, according to initial reports.

Milena Tsankarska, marketing manager for BEGE, said both the conference and the trade show were successes.

“The initial comments we had indicated that the events were much better organized and more interesting this year, and that even in these days of crisis, the show and conference had real success,” Tsankarska said. “We had confirmations from most of the companies that they will participate on BEGE 2010, which will take place October 4-6, 2010. Also, we had some new companies that were interested in the show, and we believe they will participate in next year’s BEGE as exhibitors.”