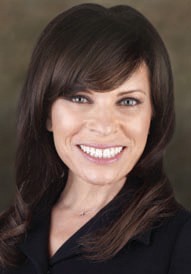 Last year’s mega-mergers in the supply sector of the gaming industry put the spotlight on management of the merging companies, with analysts, pundits and the media focusing on CEOs, COOs, game developers, marketers and other public-facing executives.

As general counsel of Scientific Games Corporation, Lever is managing all of the legal, compliance, intellectual property and other issues surrounding one of the biggest deals in the history of the industry, lottery giant Scientific Games’ acquisition of slot, table and system supplier Bally Technologies.

It’s a road she’s traveled before, and only recently. Lever was executive vice president and general counsel of SHFL entertainment when Bally acquired the table supplier in 2013. She continued the role for Bally as senior VP and general counsel for most of 2014, assuming her current role at Scientific Games when the acquisition closed in November.

The fact that Lever has been around big deals most of her career—she was the first general counsel for supplier Global Cash Access prior to SHFL, creating the compliance function for that company following its IPO—is certainly testament to her abilities as a corporate attorney, but she also attributes the fact to simple good fortune in landing jobs working with gaming’s top executives.

“I’ve been extraordinarily lucky to work with some of the greatest internal teams in the business, and I think that is absolutely key,” Lever says. “No deal is ever successfully accomplished by one person or one team alone. Working closely with an incredibly good board of directors, an amazing executive team, great finance and legal teams, is truly what brings together a successful deal.”

That has been the case in all three of the big deals with which Lever has been involved—she calls it the “magic element” of bringing together the right people. “We managed to work quickly, and really tightly as a group” in each case, she says.

The latest deal, the Scientific Games/Bally merger, involved the smallest team of all, Lever says—a small group of directors, executives and attorneys did all the due diligence, hammered out the details, got the agreement signed and announced the deal in a little over three weeks.

“There was not a lot of sleep happening in those three weeks,” Lever says. “We absolutely lived this deal. We did pretty much nothing else for that three-week period.”

Besides hammering out details of mega-deals, the other constant in Lever’s career has been the protection of intellectual property. At SHFL, she headed an aggressive legal campaign against international websites that were offering SHFL’s proprietary table games without permission. The subsequent licensing deals and ownership protection of SHFL’s substantial table-game IP generated millions in additional revenue for the company.

“It is no secret that IP, since my joining SHFL, has become a keystone of our assets that we protect. When I started at SHFL, we went after every infringer, from the largest to the smallest, and continued until there were no infringers left. And we still are protecting those assets. We look at it every week. I have a great group of people that look at IP from different angles, and we discuss infringements on a regular basis.”

The amount of IP Lever is responsible for protecting for the newly merged Scientific Games is mind-boggling. “We continue to dedicate dollars of my budget and members of my team to continuing that protection. It is an absolute key element of who and what we are,” she says.

Lever’s team of 30 attorneys constantly monitors IP, and occasionally has to play defense as well, as in the case of LT Game’s claims against SHFL multi-player tables. “We have lawyers all over the world protecting company assets,” she says.

Assessing the priorities for 2015 literally three days after the Bally merger closed, Lever says she is on the same wave length as CEO Gavin Isaacs—protecting that intellectual property is the most important function in the near term. Beyond that, she says, the legal team supports the business team in each market commercialization and in innovation. “We pride ourselves on being the thought leader, so all three of those are important parts of what we do.”

As one of the first female chief counsels in the industry, Lever can’t escape the questions about the advancement of women in the industry. “I wish we didn’t have to, but we’re still talking about women being first in their areas,” she says. She wants to shift the focus from the glass ceiling to the accomplishments of women.

As general counsel of one of the most important companies in gaming—not to mention her current role as president of the International Association of Gaming Advisors—Lever is certainly off to a great start.