Sportradar is a global leader for providing integrity-related services to help thwart corruption. 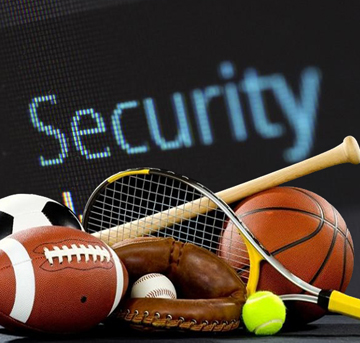 What is the new era of sports-betting oversight?

The classic platform is a sports book or betting service alerting authorities about irregular betting patterns. That helps unearth official misconduct, like the multi-year investigation revealing NBA referee Tim Donaghy betting on games he officiated. Some of his calls likely influenced playoff contests. Donaghy spent some time in jail and permanently fouled out of his career.

Yet what about other contests, with origins outside the United States but soon to be in play if sports betting legalization grows? At the Singapore Grand Prix 10 years ago, Nelson Piquet Jr. deliberately crashed to allow a victory for Renault teammate Fernando Alonso. Besides the safety concerns of officials and spectators, what if you’d made a prop or team bet on that contest, only to suffer from the cheating later dubbed Crashgate?

Or be stymied when Diego Maradona scored an illegal goal in the 1986 World Cup to give Argentina a victory over England? Maradona tipped the ball in with his hand, but the goal was allowed while England, and bettors, fumed. Maradona acknowledged his game winner as “the hand of God.” “Sportradar’s capabilities have proven effective in assisting our partners to prevent, detect and investigate match fixing,” says Dr. Laila Mintas, U.S. deputy president for Sportradar. “We have detected and reported to partners over 3,500 sporting fixtures as likely manipulated and the company’s findings have initiated or supported over 240 sporting and criminal sanctions worldwide.”

Sportradar has supported more than 30 law enforcement agencies and assisted government bodies, along with national betting regulators. The company’s presence in more than 30 international locations also gives it a unique background to help the leagues. Its partners include the NBA, NHL, International Ice Hockey Federation, International Cricket Council, World Rugby and the major soccer (or football) -related likes of MLS, FIFA, UEFA and CONMEBOL.

Since 2015 alone, Sportradar has educated more than 10,000 sporting participants on the key messages around betting and match-fixing, according to Mintas.

The technology to both enable and monitor sports betting must be sophisticated. Sportradar provides data for services like in-game betting, with second-by-second changes in betting odds. An operator using the company has more at stake than ever before and league integrity must be a given for patrons who may bet on, yet not know, the intricacies of these sports.

“In terms of bet monitoring, Sportradar analyzes betting data through use of its bespoke, technologically advanced and award-winning monitoring platform—the Fraud Detection System (FDS),” Mintas says. “Betting data is fed into the FDS allowing over 200,000 sporting events per year to be monitored in real time. The FDS tracks betting patterns at over 550 global bookmakers and operates a sophisticated two-tier alerting system to identify any unusual betting patterns. Once an alert is generated, Sportradar’s Integrity Analyst team provides an expert qualitative interpretation of the betting data and we then report incidents deemed as suspicious to our sporting, regulatory and law enforcement partners.”

If sports betting grows, as expected, Sportradar’s combination of instant data and the infrastructure to protect fraud may arm operators both with revenue capability and peace of mind.