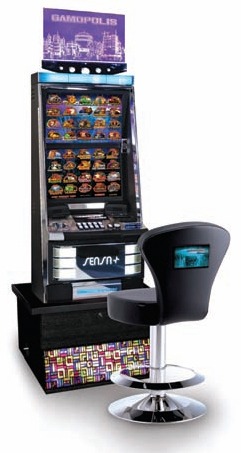 As Casino Technology prepares to celebrate its 15th year in business, the company is gearing up for a round of celebrations with its partners and customers. Along with the usual festivities, the occasion will see the introduction of new products in honor of the event and a major announcement concerning the Bulgaria-based manufacturer’s upcoming third branded series of games.

Encouraged by the success of the company’s original licensing arrangement with international brand Penthouse, in 2012 Casino Technology followed up with a project with local Bulgarian multimedia production firm Planeta Payner. Among its activities, Planeta Payner promotes pop stars for the domestic and regional music markets. Each of the new branded games features an individual artist from the firm’s stable of over 50 performers. The series relies on the ability of the featured performer to attract fans of the “ethno-pop” music genre, complementing the traditional slot game with a touch of glamour and exclusivity.

To date, the Planeta Payner series consists of four games offered in a multi-game pack under the popular brand Gamopolis. The first two titles—“Bad Girl” and “Vampire Romance”—were released at the annual Balkan Entertainment and Gaming Expo in Sofia, Bulgaria, in October 2012. Two more games, “My Half” and “Trial and Error,” were released in April. Each game is based on a hit video clip that was created for the song of the same name, in this case by the singers Andrea, Galena, Emilia and Anelia, respectively.

“Bad Girl” is a five-reel, 25-line video slot with an adjustable payout percentage ranging from 88.5 percent to 96.85 percent. It is assigned a volatility rating of four out of five stars and pays a top award of 1,000 credits. Reels 2-5 feature a wild symbol—Andrea’s face—and players can win free games with a 2X multiplier and stacked symbols.

“Vampire Romance” starring Galena is similar to “Bad Girl” in many respects but offers players an attractive bonus game and a top award of 10,000 credits. Payout ranges from 88.3 percent to 96.25 percent.

“My Half” has Emilia’s face hosting the wild symbol but has a volatility rating of three stars out of five. The game features cascading reels, 50 paylines, the possibility to win 15 free games and a payout percentage ranging from 88.5 percent to 96.3 percent.

“Trial and Error” is a five-reel, 25-line video slot with payouts ranging from 88.2 percent to 96.5 percent, three-star volatility and maximum payout of 1,000 credits, featuring Anelia and her popular song of the same name.

All four games are compatible with five different Casino Technology jackpot systems: Alchemic Fusion Mystery, QCM, Linked Progressive, Stand Alone Progressive and Linked Mystery. The games run on cabinets equipped with the Tough Rider hardware platform and are SAS 6.02 interoperability-approved. They are available in the game suite “Sin and Temptations” and in the new Gamopolis package Highway 65.

Gamopolis is the root name given to most of Casino Technology’s multi-game packages. As the game library expanded in recent years, and with ever-increasing competition for title recognition, the company deemed it important to offer customers new titles in the pre-packaged multi-game format. Gamopolis—The City of Games—now incorporates over 200 titles.

At present there are 25 different sets of games, compiled in varying themes and numbers of games. The result is a high degree of flexibility intended to meet the needs of operators and the tastes of players around the world—and the growing popularity of Gamopolis.

To make the worldwide approach possible, Casino Technology elected to develop a large portion of its multi-games in a range of country-specific versions. At G2E 2013, visitors will be introduced to the new Gamopolis 23 and 24, being released under the name Gamopolis Multiskin. The operator will be able to tailor the package to meet specific market requirements or player preferences.

The latest addition to the Gamopolis series is a new Gamopolis-themed linked four-level jackpot. The City of Games-themed jackpot is available as a part of the mystery-progressive, four-level Fusion system.

Operator and player interest in Casino Technology’s first venture into the world of licensed brands continues to grow. The eye-catching Penthouse Slots games and cabinets have garnered their share of attention, and are gradually expanding into more market territories around the world. Prime among these markets are Latin America, the U.S. and Europe.

In Peru, the Penthouse slots are finding acceptance among slot operators in an ever-growing number of locations. According to Casino Technology, the attraction is the effect the product has on visitors, given the remarkable appearance of the cabinets and the entertaining themes of the games.

The Penthouse games are now being offered as a multi-game set in addition to being available as individual titles. An installation that combines the full array of games with the branded cabinets, decorative elements, stands and jackpot tables provides a multiplier effect.

The games vary widely in volatility, from a low two-star rating to the highest five-star score. Payout percentages, free games and other features vary in similar fashion to the Planeta Payner series. Likewise, the games run on the new “Tough Rider” platform, which provides improved speed and performance, and work with all of the five jackpot systems.

At G2E, Casino Technology will be incorporating improved bonus schemes and math concepts within the familiar game themes.

The next set of themes being developed for the Penthouse Slots series, “Fruits of Desire,” “Chilli Baby” and several others, will feature completely new graphic styles, and will introduce new characters and stories.

Casino Technology has had good success with its Sensa Plus and Tangra Touch cabinets. Because these products have been so well received, the company has decided to continue with them but provide new enhancements and upgrades based on client feedback and changing market demands. New features include OLED buttons, interactive toppers, specially designed slot stands with built-in sound, and exclusive i-chairs featuring an integrated ergonomic system and a monitor built into the seat back.

For top-tier venues looking for a more exclusive slot product, Casino Technology has launched two new lines of high-end cabinets. The new Sensa Flex cabinet features a convex monitor screen that imparts a sense of rotation to the graphics reminiscent of mechanical reels. The Sensa Arch cabinet goes the other way with a huge 40-inch vertical, concave monitor and is intended primarily for the VLT and server-based gaming markets.

The cabinet uses the Tough Rider platform, but is also available with the new, more powerful Tough Fighter platform. Overall, it is designed to deliver a new level of gaming experience to the player. For additional style and comfort, it comes with matching slot stand and ergonomic chair with adjustable seat settings. Several completely new cabinet lines are under development for next year.

Games that require no cabinet at all have also caught the attention of Casino Technology. The flourishing of online and server-based technologies has spurred the design team to take the best of classic casino products and bring to them the efficiency of remote platforms.

As a result, customers are enabled to play and bet in a multi-functional environment with much more speed, diversity and interaction. By making available a huge library of games for both online and land-based platforms, through Casino Technology’s Server Games Technology solution, the gamer can play any time, any place, on different devices, using the same player wallet account. Similarly, operators can provide the player with the confidence and comfort of their own casino—online or land-based—wherever they happen to be.

Casino Technology is currently developing a new product line of internet and mobile games that can be accessed with PC, smart phone, tablet and interactive gaming tables. In line with the increase of entertainment offerings in vacation complexes and resorts, there will also be a platform for interactive in-room gaming via the guest room television.

The current year has seen Casino Technology making further inroads in a wide range of markets considered key by the company, from the U.S. and Latin America to Africa and Asia.

Progress in Latin America has been particularly noticeable, with new partners and installations in Peru, Panama and Mexico. In Chile, Casino Technology has obtained accreditation as an approved manufacturer, which has allowed the first steps on the way to placing product in that market. Operations have also begun in Argentina, where the company is looking forward to meeting new customers at SAGSE this coming November.

In Asia, the company reports it has managed to strengthen its positions in lands as disparate as the Philippines, Cambodia and Kazakhstan.

For the remainder of 2013 going into 2014, the firm’s focus will be on Africa and Asia. There are new installations going into South Africa and several projects in Kenya, Ghana and Uganda, where Casino Technology’s multi-game products and electronic roulette systems are finding great acceptance. Announcements will come soon for new products designed for the Philippines and Macau.

Meanwhile, back home in Europe, there is the expectation of a lot of new potential projects involving the Server Games Technology platform as those countries move to centrally monitored slot and VLT networks.

As for that third licensed brand slot product, the company is not saying anything more than that it will be a “Rocking Slot” product. The announcement will coincide with the start of Casino Technology’s 15th anniversary celebrations.