Florida will have to wait for commercial casinos 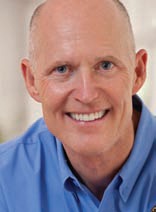 Las Vegas-scale resort casinos in South Florida are a dead issue for at least another year.

Lack of political support has prompted Dana Young, majority leader of the Republican-controlled House of Representatives, to rewrite a bill she introduced at the start of the legislative session to scrap a provision calling for two casinos in Broward and Miami-Dade counties.

Supporters in and out of the legislature have been trying for years to open the state’s popular southeastern coast to casinos, and industry giants Genting Group and Las Vegas Sands have lobbied heavily for the chance to invest, only to see a succession of proposals defeated by a coalition of conservative upstate lawmakers and corporate heavyweights such as Disney and the Florida Chamber of Commerce.

Young’s rewritten bill, a “final consensus product,” as she termed it, has whittled her original 300-page measure to 60 pages, although it still would allow greyhound tracks to offer poker and other forms of gaming even if they discontinue live racing, a controversial issue that has failed to clear legislative muster in the past.

However, the new bill does not address the touchy negotiations with the powerful Seminole Indian Tribe on a new five-year Class III compact to replace the one due to expire this summer. The Seminoles, owners of the large and highly profitable Hard Rock casinos in Hollywood and Tampa, have been airing television ads and pursuing an aggressive public relations and lobbying campaign to persuade legislators to maintain the current deal, which was negotiated in 2010 and grants the tribe a monopoly on house-banked card games such as blackjack at five of its seven venues in exchange for payments to the state that have totaled more than $1 billion to date.