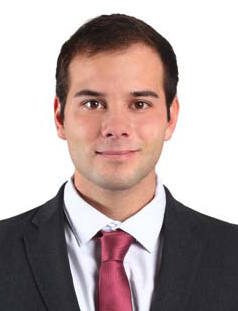 As an undergraduate at Penn State, Robert Baldassarre majored in international political economics. It’s the kind of major you think about for a job in the State Department, not a job as a casino lawyer.

But after Penn State, Baldassarre moved on to law school at Notre Dame, where he graduated in 2016. “I found law to be an opportunity to engage my specific skill set, including problem solving and analysis,” says the Philadelphia native.

He landed a position with the influential Fox Rothschild law firm, working out of their Atlantic City office covering the gaming industry as part of the casino law group.

According to the law firm, Baldassarre represented clients in corporate and gaming law matters and guided many of them through the intricacies of licensing, regulatory and compliance. This included representation before agencies such as the New Jersey Casino Control Commission and the Pennsylvania Gaming Control Board.

Almost five years later, this past February, Baldassarre joined Stats Perform, a global sports data and analytics company headquartered in Chicago. He serves as corporate counsel. “I wanted to gain a greater variety of experience and exposure to legal issues and matters that comes with an in-house role,” he says.

Stats Perform, with its focus on sports data and artificial intelligence as a way to create fan engagement and team performance solutions, launched PressBox in May. The online platform delivers data-driven insights, video clip discovery and data research, at a speed faster than ever before.

“I cover a wide range of corporate matters, including contract drafting and negotiation, and customer due diligence procedures,” Baldassarre says.

Like any profession, the practice of law has its unique share of obstacles. “Law can be overwhelming at times and affect other areas of your life. I continue to work towards a proper balancing of my career and personal life,” says Baldassarre, who relaxes on the golf course or at the beach.

At Fox Rothschild, Baldassarre looked to Nicholas Casiello, a law firm partner, for guidance on issues. In addition to Casiello, his mentors include Patrick Madamba, senior counsel for MGM Resorts International. “They were instrumental in my development,” he says. “Elizabeth Cutri, general counsel and senior vice president for administration at Stats Perform, has been a terrific mentor in my transition to in-house.”

While still comparatively young, Baldassarre has sage advice for those considering a career in gaming law. Be diligent. Be responsive. Both are necessary to establishing relationships with clients.

“The practice of gaming law can be chaotic at times, but ensuring a connection to your client goes a long way toward building a relationship,” he says.