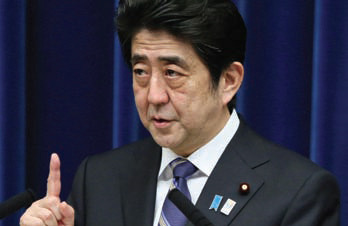 Japan’s ruling Liberal Democratic Party has finally given up on its bid to get casino-enabling legislation passed during the current regular session of the Diet that ended September 27.

Pushed aside by controversial national security bills that would allow Japan to exercise its military power in self-defense for the first time since the end of World War II—a top priority of Prime Minister Shinzo Abe’s administration—the gaming legislation is expected to resurface in a planned extraordinary session later this year, but its fate will be uncertain then as well, according to observers.

The LDP decided to put the casino bill on the back burner because handling it could intensify criticism of the party and possibly have a negative effect on the Diet’s debate of the national security bills.

Opposition from the LDP’s Buddhist-based coalition partner Komeito, combined with a lack of popular support and the need to pass more pressing legislation, doomed a legalization bill last year, and the measure is running up against the same obstacles in 2015. Komeito, for one, has shown no sign of a change in its position on the casino bill, which lacks sufficient social mitigation provisions in its view.