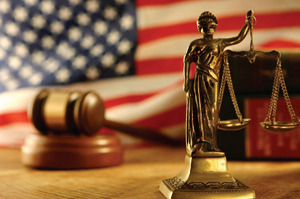 Editor’s Note: This feature is an executive summary of a report issued by Fitch Ratings on off-reservation gaming. For the full report, visit www.fitchratings.com.

After double-digit growth throughout the 1990s and the early 2000s, tribal gaming came to a near standstill in 2007. Revenues grew by less than 1 percent per year from 2007 to 2010. Much of this stagnant growth can be attributed to the recession.

Under the administration of President Barack Obama, the DOI has taken a more pragmatic position on off-reservation gaming. The DOI rescinded the commutability memo, which was authored under President George W. Bush’s administration, and worked within the constraints of the Carcieri ruling to place land into trust for a tribe recognized after 1934 (Cowlitz Tribe).

In January 2008, the DOI released a guidance memo on assessing the distance of the proposed off-reservation site from the applicant tribe’s reservation when reviewing land-into-trust applications, particularly those involving gaming. The memo cited Section 151.11 of 25 C.F.R. (Code of Federal Regulation), which specifies criteria for off-reservation land-into-trust applications. Specifically, subsection 151.11(b) asks that the DOI secretary place greater scrutiny on the anticipated benefits to the tribe and greater weight on the potential impact to the host community as the distance of the proposed site from the reservation increases.

The 2008 memo elaborated on subsection 151.11(b) by suggesting that if the distance of the proposed site is not commutable from the reservation, then the enterprise established on the site will not address the tribe’s employment issues and/or may drive members to live off the reservation. The latter concern, the memo argued, would go against the intention of the Indian Reorganization Act of 1934, which attempted to reverse the policy of tribal land allotment.

Thirty tribes had land–into-trust applications pending for off-reservation gaming sites at the time the January 2008 guidance was published. The DOI immediately rejected 10 of these on the basis that the lands were further than a “reasonable commuting distance” from the reservation and returned the applications of another 11, citing incomplete information.

In June 2011, the BIA released a memo stating it was rescinding the 2008 “commutability memo,” calling it “unnecessary.” Shortly after, in September 2011, the BIA issued two favorable decisions approving off-reservation gaming based on a two-part determination for two tribes located in California. Both tribes’ reservations are located 36 miles from their respective gaming sites. Another two-part determination application was approved for a Michigan tribe in December 2011.

The DOI’s rescission of the 2008 commutability memo is encouraging for tribes seeking land-into-trust for gaming purposes. However, the process will remain a difficult endeavor with low probability of success for tribes that are separated by considerable distance from the proposed gaming sites. In the same September 2011 release that approved off-reservation gaming for the two California tribes, the BIA also turned down applications for two other tribes seeking to have land taken into trust for gaming. The rejections were both attributed to distance.

The BIA will likely remain sensitive to the commutability issue despite the rescission of the 2008 memo. Off-reservation gaming remains a hot-button topic for politicians. Shortly after the BIA rescinded the 2008 memo, Senator John McCain (R-Arizona) introduced a bill effectively reconfirming the commutability guidelines.

In Carcieri v. Salazar, the state of Rhode Island challenged a BIA decision to take land into trust for the Narragansett Indians for the purposes of developing a housing project. In its ruling, the U.S. Supreme Court effectively stated that the federal government cannot take land into trust for a Native American tribe that was not under federal jurisdiction as of 1934, when the Indian Reorganization Act was enacted.

The act grants the DOI secretary authority to take land into trust for “Indians.” The court’s ruling was largely based on its interpretation of the word “now” in the act’s definition of “Indians,” which per the act are “persons of Indian descent who are members of any recognized tribe now under federal jurisdiction.”

The Carcieri ruling has no implication for the tribes that were federally recognized when the IRA was enacted, since federal recognition clearly confers “under federal jurisdiction” status. For tribes recognized after 1934, the secretary now must demonstrate that these tribes were indeed under federal jurisdiction as of 1934 (i.e. had treaties or meaningful exchanges with the federal government).

Since the ruling, several bills have been introduced to omit the word “now” in the act’s section defining “Indians.” However, none of the bills have made it past committee hearings. Efforts to pass a “clean legislative fix” to the Carcieri ruling have been sidetracked by other legislative priorities and by opponents of “reservation shopping,” a term used to describe tribes seeking the most economically optimal land parcels for casino development.

An “administrative fix” seems to be the more likely near-term solution for newly recognized tribes seeking to establish gaming. In December 2010, the DOI released its decision to place land into trust on behalf of the Cowlitz Tribe (not federally recognized until 2000) for its initial reservation, and approved the land for gaming purposes. The DOI’s news release stated that the agency “conducted a thorough review of the application and determined that it satisfied the requirements of Indian Reorganization Act and the Carcieri decision.” The DOI argued that the tribe was under federal jurisdiction before and up to 1934.

The BIA’s Cowlitz decision is currently being appealed by local municipalities and interest groups. The appeal illustrates the legal hurdles tribes recognized after 1934 may have to go through absent a clean legislative fix.

Further, the lack of a legislative fix may expose to litigation those tribes that were recognized after 1934 and had land taken into trust prior to the 2009 Carcieri ruling. A case in point is Salazar v. Patchak. In this case, David Patchak, an individual landowner, claims the DOI secretary had no authority to take land into trust for the Gun Lake Tribe based on the Carcieri ruling. The tribe was recognized in 1999 and had land taken into trust in January 2009, right before the Carcieri ruling. The Supreme Court will now review the case to see if Patchak has standing.

Fitch Ratings counts 26 tribes that were recognized after 1934 that are currently operating gaming enterprises. Fitch does not expect the casino operations of these tribes to be endangered by cases such as Patchak v. Salazar since it would practically be difficult to void existing land-into-trust grants and shut down the casinos. Tens of thousands of jobs would be at stake as well as the decades-long movement toward Native American self determination.

In an event of an adverse court ruling, Fitch believes Congress would hasten to pass a legislative fix to the Carcieri ruling. Absent legislative action on the federal level, other potential stop measures may exist, such as state-specific laws authorizing tribes to continue operating their facilities on fee-simple basis.

Fitch is aware of three tribes recognized after 1934 that are actively looking to develop their initial gaming facilities. Aside from the Cowlitz, these include the Mashpee Wampanoag in the Cape Cod area of Massachusetts and the Shinnecock Tribe in the Hamptons area of Long Island, New York.

Native American tribes’ access to capital markets is another major factor influencing off-reservation gaming growth. Fitch is aware of only two major project financings for Native American casinos since the onset of the 2008-2009 recession, with both financings done at rates some tribes may consider to be prohibitive. FireKeepers Development Authority issued $340 million of 13.875 percent notes in 2008 to fund its casino near Battle Creek, Michigan. More recently, the Gun Lake Tribe Gaming Authority took out a $160 million term loan to fund its Wayland, Michigan casino. The tribe pays LIBOR + 950 on the loan with a 2.5 percent LIBOR floor.

Fitch believes certain deals with favorable economics will continue to get done. Projects that are more likely to successfully secure financing will be close to large population centers. Tribes may also look to get capital injections from partners seeking to enter into management contracts. Tribes also have the option to build in stages if a meaningful capital raise proves elusive.

The upcoming presidential election is another important consideration. The DOI under the Obama administration has thus far been pragmatic with respect to off-reservation gaming. A potential turnover in the DOI resulting from the election of a Republican nominee in November may slow the application processes for off-reservation gaming determinations.

A turnover at DOI may also mean a more rigid interpretation of the Carcieri ruling with respect to the meaning of the term “under federal jurisdiction” and of the “commutability” rule with respect to the permitted distance of a proposed gaming site from a tribe’s reservation.

Fitch Ratings’ report “Native American Gaming Insights: Off-Reservation Gaming—Three Years into Obama Administration” is available on www.fitchratings.com and discusses the issues summarized above in greater detail. The report summarizes notable off-reservation projects and their potential competitive impact. The report also includes a flow chart highlighting the approval process for gaming on land acquired after 1988 (the year the Indian Gaming Regulatory Act was enacted) and a library of links to important documents and legislation.