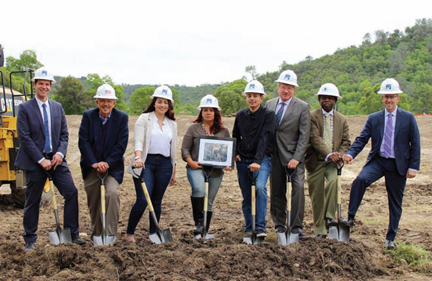 With the approaching 20th anniversary of compacted American Indian casinos in California, future expansion of the nation’s largest Indian gaming industry appears limited to a handful of projects in Sacramento and the central part of the state.

In addition, a Washington, D.C. Circuit Court ruling in April upheld a $250 million casino project near Fresno by the North Fork Rancheria of Mono Indians and Station Casinos. But the decision is expected to be appealed.

In all, there are a dozen pending casino projects stretching from Calexico on the Mexico border to Barstow, Bakersfield and the tiny hamlet of Etna near the Oregon state line. Most are seeking financing, trust land determinations, court rulings or federal and state regulatory approvals.

Some of the projects have been on the Department of the Interior’s Office of Indian Gaming list of fee-to-trust land applications for well over a decade.

Cheryl Schmit, director of Stand Up California, a nonprofit that monitors gambling issues, contends many of the developments face a myriad of legal and regulatory challenges.

Meanwhile, at least 38 of about 60 tribes that signed landmark tribal-state regulatory agreements in 1999 and 2000 have yet to renew compacts due to expire in 2020. Seventy-six California tribes now have compacts.

Twenty of the larger, more lucrative tribes already negotiated compact extensions with Governors Arnold Schwarzenegger and Jerry Brown. And sources predict additional compacts will be ratified before the legislature concludes in August and Brown is termed out of office.

But a number of tribes are not enamored with Brown compacts that call for mandatory mitigation payments to local governments, contributions to a grant fund for non-casino and limited gambling tribes, labor concessions and other provisions that may be subject to legal scrutiny.

“There will be several compact amendments queued up for ratification in August, but far short of 38,” says a tribal attorney who requested anonymity.

“Several tribes would rather take their chances with the new governor—or in court—than sign on to Governor Brown’s overreaching terms.”

Attorney George Forman, who represents members of the Compact Tribes Steering Committee, a coalition of about 20 tribes negotiating compacts with Brown, declines to predict how many will ink agreements by the August 31 deadline. Negotiations can be extended to 2022.

“There are a number of issues that are causing a number of tribes a degree of heartburn,” Forman says.

California is the largest Indian casino market in the U.S. There are currently 63 licensed casinos in the state operated by 61 tribes, according to the California Gambling Control Commission. The Lytton Band of Pomo Indians operates a non-licensed, bingo-style casino in San Pablo, near San Francisco.

California tribes generated $8.9 billion in 2017, according to federal regulators and other sources—roughly 27 percent of the $32.4 billion won by 250 gambling tribes in 29 states.

A Quick Start Has Slowed

Casinos on tribal trust lands in California sprouted up in quick fashion after the landmark compacts were signed and ratified with passage of Proposition 1A in 2000.

The Indian Gaming Regulatory Act largely limits casinos to tribes under federal recognition when IGRA was enacted by Congress in 1988.

But there later was a great deal of controversy as newly recognized, restored and landless tribes sought trust lands under IGRA exemptions, seeking to launch additional casinos. California has 110 of the 367 federally recognized tribes in the lower 48 states.

Officials with the California Nations Indian Gaming Association (CNIGA) did not respond to requests for comment.

But much of the political and legal acrimony and local opposition surrounding the birth and growth of tribal gambling in California appears to have dissipated as the market has matured and new opportunities have diminished.

“Things have pretty much calmed down,” Schmit says. “The only projects out there are low-hanging fruit.”

Legislators ratifying compact extensions over the past two years praised their indigenous neighbors for creating jobs and prosperity for surrounding non-Indian communities.

Local officials commended tribal leaders for working with counties and municipalities on zoning and traffic issues and fire and police protection.

Fears that the growth of indigenous governments following passage of Proposition 1A would harm non-Indian communities largely failed to materialize.

“There was a lot of apprehension,” Senator Patricia Bates, R-Laguna Niguel, said in recently voting to approve a compact extension. “There was a lot of worry as to whether there would be the kind of mitigation” necessary to address traffic and environmental issues.

“Critics didn’t realize it was always in the tribes’ interests to do things right, to treat their employees well and to work with the communities,” Senator Steve Glazer said.

Tribal lobbyist David Quintana says there has been a “normalization” of gambling in California as tribal governments, counties and municipalities cooperate on traffic, public safety and other issues.

“Ten years ago gambling was seen in a different light by most of the public,” Quintana says. “Projects were a lot more controversial. With the normalization of gambling in California, it’s just another joint.

“Years ago, there would be studies to determine if the bad aspects of gambling were worth the revenue they bring in. Now, the issue is simply, ‘OK, what’s the revenue?’ The downside of gambling is not an issue, except as an excuse to suck more money out of the tribes.”

North Fork and other tribes have fought nearly a decade of legal, regulatory and political battles—facing opposition from state and local officials and even other tribes—in seeking projects that are just now coming to fruition.

“These projects have been around for a long time,” says economist Alan Meister, author of the Indian Gaming Industry Report. “Some of them have been years in the making. They’ve been opposed by card rooms, other tribes and anti-gaming groups. They’ve been a ways in coming.”

Litigation remains at the state and federal level questioning Interior’s authority in approving pending projects, some coming at the eleventh hour as President Barack Obama appointees left their positions.

Interior is revising rule-making on fee-to-trust land acquisitions that may prompt legal opposition to several of the pending gambling developments.

And the National Indian Gaming Commission (NIGC) is reviewing regulations on management contracts and collateral agreements between tribes and business partners, including commercial casino companies.

“I would like to see them really scrutinize partnerships,” Schmit says of the NIGC, particularly those between tribes and casino companies proposing gambling facilities on newly acquired trust lands, often referred to as “off-reservation gambling.”

“There are still a lot of questions that need to be resolved,” she says. “The proponents of these projects want to get them done quickly because they don’t know what the end game will be.”

The potentially lucrative Sacramento-area market is poised to experience the most explosive growth with three major casino industry brands—Hard Rock, Caesars/Harrah’s and Boyd Gaming—chomping at the bit.

Enterprise Rancheria, which first applied to the federal government in 2003 for permission to acquire the Yuba County property, halted construction on a smaller casino two years ago because of litigation from nearby casinos and anti-gambling groups. The tribe won the lawsuits. A federal judge also ruled the state acted in bad faith in not granting the tribe a compact to operate casino-style gambling. The tribe will be allowed to equip the casino with up to 1,600 slot machines, adding additional slots after two years.

“The Enterprise Rancheria is thrilled and honored to work with Hard Rock International, one of the world’s most recognized brands,” Tribal Chairwoman Glenda Nelson says.

One of 42 California rancherias terminated by the federal government in 1958, Buena Vista was among 16 tribes restored to federal recognition in 1987.

“Harrah’s is a world-class brand that is known for offering a fun gaming atmosphere with unparalleled customer service,” Chairwoman Rhonda L. Morningstar Pope-Flores says. “We’re confident that it will attract more people to our destination.”

A federal judge in March upheld Interior’s decision to place 35 acres of land in federal trust for the Wilton Rancheria, which was restored in 2009. The land/trust decision by Interior Deputy Assistant Secretary Larry Roberts was made on the last day of the Obama administration.

Stand Up California intends to appeal the ruling.

“We are grateful to the United States government for defending and upholding their federal trust responsibility to our tribe and for protecting our inherent right to have tribal trust lands,” Wilton Rancheria Chairman Raymond Hitchcock said in a statement.

“Planning and design work continues on this project, and we expect to start construction by the first quarter of next year,” Boyd President and CEO Keith Smith said in a July conference call.

“This will further diversify our nationwide portfolio, given it’s our first presence in the Northern California market.”

The competition may become intense for other casinos in the area, particularly Thunder Valley in Lincoln, operated by the United Auburn Indian Community.

Thunder Valley has been the dominant player since it opened for business in 2003 under management by Station Casinos, a partnership that was later resolved. The 17-story luxury resort has 400 rooms with a massive casino equipped with 3,000 slots and 125 table games.

“It will definitely have the potential to increase competition for some of the tribes up there,” Meister says of the new properties. “There’s bound to be some impact on existing tribes and casinos.”

But Meister and others believe Thunder Valley—being first to market with a large, upscale property and strong management—will withstand new competition.

“When you’ve been in a market that long and you’re entrenched—when you have the experience and have developed your customer database—there’s obviously a competitive advantage to being first in the market.

“Thunder Valley has a very big, nice property. It’s not old by any means.”

Resort spokesman Doug Elmets says Thunder Valley will likely remain the dominate property in the region because of its location, upscale facilities and management.

“We have the best location in one of the most economically successful counties in the state,” he says. “We have invested heavily for years in marketing and advertising and customer loyalty programs.”

The Hard Rock and Boyd Gaming properties, while significant investments in excess of $400 million, are smaller than other California gambling operations, Elmets says.

Most agree with Elmets’ assessment. But Hard Rock resources and Boyd’s expertise in local and regional marketing will cut into Thunder Valley’s earnings.

“Boyd and Stations understand regional markets and what they can generate. They know where they can take customers from each other and where they can’t. Boyd will know exactly what segment they’re going to be catering to as a primary market.”

Adams predicts all the properties would likely prosper.

“That’s a very large market, and when you count the number of major casinos, there aren’t that many,” he says. “You’re only going to come up with 10 or so.

“It’s not as if it were a saturated market.”