iPoker revenues have been falling all over the world 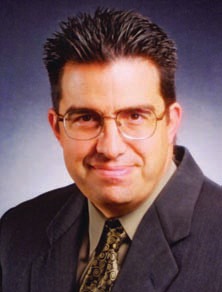 By every account, online poker has been hugely disappointing in the United States. In New Jersey, poker revenue figures have declined for three straight months. We are now at about million a month in revenues for a state with a population of almost 9 million people.

This is not isolated to the United States. Pokersout.com reports that worldwide, poker is down 13 percent from the previous year. Similar declines are shown in France, Spain and Italy, and the revenues of most major poker companies have tumbled.

Industry supporters are quick to blame governments and regulators. They claim taxes are too high and ring-fencing jurisdictions reduces liquidity. Perhaps valid points. However, little doubt exists that poker is losing some of its luster. Google reports significant declines in the number of searches for poker. We are no longer inundated with poker shows on television.

Some of the sharks aren’t even real people. They are computer programs, called bots, that can beat the fish. This ecosphere works as long as an endless supply of fish exists. While the frenzy existed, people were attracted to poker because it was the thing to do. However, the problem with being a fish is that you either grow to become a shark, or you quit because losing is really not any fun.

It is not like casino games, where after the casino takes its edge, it is an even-money game. In poker, after the operator takes its rake, the fish still faces negative expectations against the sharks. Certainly, if the government lowers the taxes, the operator could reduce the rake, but the shark’s (and bot’s) advantage does not go away.

Historically, many operators loved the sharks. Many offered the sharks higher rakebacks (rebates on the amount of rake they paid) than the fish to encourage their play. Like in real life, sharks are ferocious eaters. They play multiple games simultaneously to best exploit their theoretical advantage. More play means greater liquidity and higher rakes for the sites. Everyone wins—but the fish. Once the fish leave the pond, the big sharks turn on the smaller sharks, and the whole ecosystem falls apart.

I am typically not a believer that regulation can help markets. However, one should at least consider whether regulation can help the long-term viability of poker. Some things seem obvious. There should be a ban on collusion and bots. Sharks in the fish pond are bad enough, but mechanical sharks are not wise. Even so, more extreme regulations should be considered. In most sports, the more skilled and less skilled  players are separated. Baseball has recreational leagues, rookie leagues, three levels of minor leagues before a player can reach the majors. Other sports allow more skilled players to play with less skilled players, but balance the odds by handicapping. Online poker does neither.

What could be considered is to handicap players and segregate the tables by relative skill levels. So a novice plays against other novices, and sharks compete against other sharks. Alternatively, give the players the option to play in handicapped versus open games (where other players’ ratings are available).

Some possible solutions are already enforced. Nevada regulation requires that operators prohibit robotic programs. This needs to be enforced through technology that can determine robotic play, sensible limits on the number of tables that a player can play simultaneously, and prohibitions against players having multiple accounts. Jurisdictions also can consider whether central monitoring can detect a player on multiple tables at different sites simultaneously.

Handicapping players requires further debate to fully understand the benefits and consequences. Still, I am not sure that tennis would be all that pleasurable if I risked serious money on my abilities in a match against Roger Federer, or for that matter, the lowest-ranked player on the tour. However, it may be be fun if I were playing someone of equal skill.Other online skill sites that involve casual games like Tetris or the branded social games already handicap players to improve the average customer experience. It really is as simple as recording each player’s play and assigning it a skill level. Some websites already provide paid services where players can determine the level of play of a given player. These could be refined for regulatory purposes.

An alternative is to stay the course. Some of us remember poker before Chris Moneymaker and the internet boom. When the card rooms in Nevada had a small but loyal following, but nowhere near the frenzy nor the celebrity status achieved after the boom.

This would require some states, like Nevada, to reconsider the feasibility of a poker-only online industry. It should also be a warning to states like California that without careful crafting, this may not be the golden opportunity that the proponents claim.