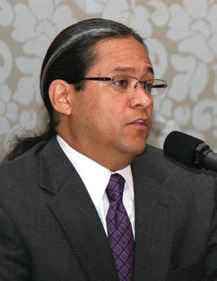 While a bill that would legalize online gaming in California is working through a labyrinthine process that involves competing ideas among gaming tribes, legalized sports betting in the Golden State is becoming more and more likely.

Several of California’s most successful gaming tribes are working behind closed doors to agree on a proposal that would legalize online poker, according to reports. A bill to do that has been active in the legislature for the past three years.

Disagreements between some of the most powerful gaming tribes in the Golden State killed any online gaming last year. Some opposed such a law because they felt it might threaten their existing brick-and-mortar operations. However, according to one tribal source, that attitude is “evolving.”

Federal law does allow states to offer internet gaming solely within their borders.

California is considered one of the world’s largest untapped internet gaming markets.

According to Mark Macarro, chairman of the Pechanga Band of Luiseno Indians in Southern California, quoted by the Press Enterprise, “Tribes are primed right now to begin moving it, to begin working with state legislators to see something to fruition.”

Several of the largest gaming tribes were invited to send representatives to work out a compromise that all could support, and then take it to friendly lawmakers to introduce in the legislature.

Congress could make all this activity moot if it decides to act on rules that would apply nationally.