In the wake of a failed attempt to legalize sports betting, work quietly continues on a proposal that favors the state’s 62 gaming tribes 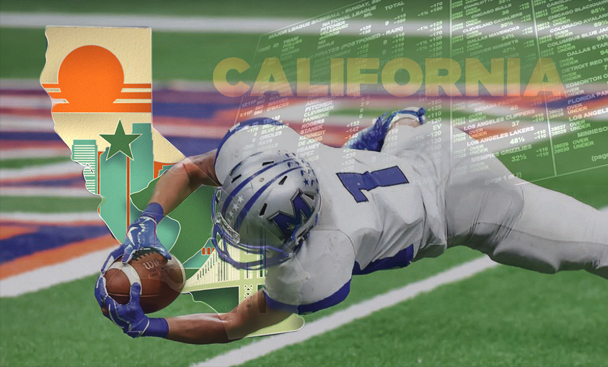 When it comes to gaming in California, not much happens without the consent of the state’s powerful gaming tribes—and that includes sports betting.

But the tribes balked, because the measure cut in the state’s commercial card rooms. The two sides have long warred over banked card games and other forms of betting that the tribes feel are exclusively theirs.

And opposition from gaming tribes—who generate a total economic impact approaching $20 billion a year, and contribute billions in taxes—was enough to push the issue onto the back burner.

Without sports betting, everyone is leaving money on the table. But the tribes won’t be rushed into a deal—and they won’t say much about efforts behind the scenes, either.

“Tribes are being tight-lipped” about the subject, said a source who spoke to GGB on condition of anonymity. “But they have a lot of incentive to get it done, and done right the first time. They hold the key to the kingdom.”

The demise of the Dodd-Gray legislation acknowledged “the power the tribes have gained over the last 20 years,” Reno-based consultant Ken Adams told the Sacramento Bee last year. “Anybody who wants to get a bill through the legislature is going to have to face that.”

Since 2018, when the U.S. Supreme Court repealed the Professional and Amateur Sports Protection Act (PASPA), the legal sports betting industry has grown from a single state to 25, with 21 markets up and running and legislation pending in more than a dozen more. D.C. is also in the game.

That rapid-fire growth is driven in part by Covid-19, which has caused even holdout states (Hawaii, Texas, Florida) to reconsider sports betting as a budget stopgap.

With a $54 billion budget deficit—the worst in its history—California is equally motivated. And though sports betting is a low-margin industry, the Golden State, with a nation-leading population of almost 40 million, could be the biggest untapped market of all.

The Dodd-Gray plan would also allow wagers on professional and college sports; the tribal version would ban betting on college games played by teams from California. According to estimates from Eilers & Krejcik Gaming, sports betting in this sports-crazy state could pull in $502 million in state taxes per year at maturity.

Of course, the cardrooms flex some muscle of their own. The website PlayCA.com notes that the Commerce Casino in Los Angeles County contributes 70 percent of that county’s total tax revenues. Cheryl Schmit, director of the gaming watchdog group Stand Up California, speaks in defense of the card rooms, calling the tribes’ plan “self-serving.”

“I supported the Dodd bill, which would benefit the entire state and everyone who participated would be taxed, which is different from the tribes’ legislation,” she says. “The citizens are on the sidelines looking for a crumb of bread to be thrown to us.”

As Eilers & Krejcik analyst Chris Grove told the Los Angeles Times last year, “The bottom line in California is that too many stakeholders in the state’s gambling industry have too many existing high-stakes conflicts to allow sports betting to move forward.”

At the same time, a coalition called the United Tribes of California launched a petition pushing their own proposal, which would bring sports betting to tribal casinos and the state’s five racetracks, but edge out card rooms. The result was impressive; even at the height of Covid-19 shutdowns, they collected 1.4 million signatures—at in-person signup centers.

The passage of either version, which could go to voters in November 2022, means the first bets would follow in 2023. And that, presumably, will start the money train.

The Trouble with Tribal

The tribal plan excludes mobile sports betting, for a couple of reasons. Some tribes worry that, by definition, mobile betting will siphon off visitation at brick-and-mortar locations. Smaller tribes, especially, in out-of-the-way locations rely on foot traffic to support their economies and keep their people working.

In a March webcast on the subject, Aurene Martin, attorney with Virginia-based Spirit Rock Consulting, said, “They want to protect their brick-and-mortar facilities, and as a community we have to have those discussions.”

In addition, it’s been argued that tribes cannot legally offer mobile betting because many of the bets would take place off the reservation, all across the state (the counterargument is that if the server is based on the reservation, so are the bets).

Both of those issues must be worked out before mobile betting comes to California, but clearly the nationwide trend is toward mobile—by one estimate, in 2030, 90 percent of all sports bets will be online.

Certainly California’s sports leagues want mobile sportsbooks. In a letter last June, before the Dodd-Gray proposal was shelved, the NBA, Major League Baseball, the PGA and a group of pro teams came out in support of the measure.

Mega-operators DraftKings and FanDuel are already in California with daily fantasy sports, and according to the World Sports Network, Cali is currently the biggest market for DFS in the U.S. When sports betting becomes legal, the so-called Coke and Pepsi of online sportsbooks will be ready to jump, and may already be in conversations with tribal operators.

“The tribes are not going to give away their advantage,” a source told GGB, “but don’t think those deals aren’t being made.”

Gaming tribes across the country are wrestling with similar issues. Legal sports betting and especially mobile betting weren’t around when Congress passed the Indian Gaming Regulatory Act (IGRA) in 1988; they weren’t around when original tribal-state compacts were signed back in 1999 and the early 2000s. While it’s generally acknowledged that sports betting falls into the category of Class III gaming, confusion remains about whether tribal-state compacts must be amended to include it.

In 2020, the National Indian Gaming Commission (NIGC) released an advisory listing potential restrictions tribes may face under IGRA when adding sports betting. Mostly, it looked at nuts-and-bolts considerations: whether tribes should manage all aspects of a sportsbook or bring in outsiders, how these partnerships should be structured, and how much tribes should legally pay their partners.

In a webcast in 2020, James Siva, chairman of the California Nations Indian Gaming Association, said that having online betting “dictated to (tribes) is unacceptable.

Clearly, “there’s an appetite out there” among tribal operators for sports betting, said Martin. “But it’s still taking a little time in states where they have complicated questions to deal with regarding compacts and sometimes, underlying state laws and the state constitution.”

As California lawmakers, tribal operators and other gaming entities continue to hash out their differences, sports betting across the country is going off like a skyrocket. Gamblers placed $4.3 billion in bets on Super Bowl LV, for “the largest single-event legal handle in American sports betting history,” according to the American Gaming Association. Forty-seven million Americans bet on March Madness, so many that some online sportsbooks in newly opened jurisdictions crashed. Almost 18 million placed their bets online, up 206 percent from 2019.

Before Californians can join them, voters must OK a constitutional amendment on the 2022 ballot. If that happens and a sports betting bill is pushed through, fans could start rooting for (and betting on) their favorite home teams by the following year.

The constitutional amendment is Job 1, said a tribal source.

“Compacts can be revisited by the state and tribes, but first things first. The voters must approve the amendment to the constitution. That is the first and only priority.”

Asked why tribal leaders have declined to openly comment on the subject, the source replied, “They’re holding all the cards, and playing them close to the vest. There’s so much money involved.

“We know it’s a game-changer.”