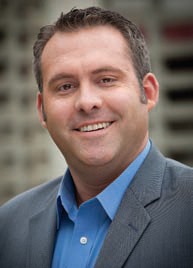 The iGaming Legislative Symposium held last month in Sacramento gave few clues as to whether iPoker will actually be legalized by the California legislature.

The keynote address was given by Assemblyman Mike Gatto, who introduced the first such bill (AB 9) at the beginning of 2015. He told the audience that originally he felt that a bill’s passage had a 50-50 chance. Now he thinks the odds of passage are about 35 percent.

He blamed the various interest groups, dominated by gaming tribes, but including card clubs and even racetracks, for refusing to compromise enough for a bill to garner sufficient votes.

He said the intransigence of the major players has led some lawmakers to wonder, “Why do I even want to vote for this bill?”

The bill, he said, is not especially interesting to most residents, so politicians are not excited by it. He said he has received very few emails from constituents about the issue out of more than 57,000 emails he received last year.

During the symposium, Steve Bodmer, attorney for the Pechanga Band of Luiseño Indians, said the tribe—although it supports Gatto’s bad- actor clause that could prevent PokerStars from participating—is more concerned about preventing racetracks from getting into the game.

“You can’t play poker at a racetrack,” he observed. Allowing this expansion of “non-Indian” gaming would violate the state-tribal gaming compacts, he argues.

Racetrack lobbyist Robyn Black didn’t buy this line of reasoning, asserting that iPoker is a new form of gaming and that all entities now engaged in gaming have a right to be included. The racing industry’s support may be needed to pass such a bill, said Black.

Estimates are that seven gaming tribes remain rock-solid in their opposition to racetracks as well as to PokerStars.

At the same time, Assemblyman Adam Gray and Senator Isadore Hall, chairmen of the Government Organization committees of their respective chambers, have introduced what are known as “shell bills,” that would give them control of the particulars. That doesn’t necessarily mean they support online poker, just that they want to control the bills, say Sacramento insiders, including Gatto.

However, Keith Sharp, who represents several of the largest card rooms, commented, “This is the first time we’ve had both GO chairs step up and say, ‘We are taking control of the issue.’” He added, “I think this has sort of suggested there’s a newfound momentum.”