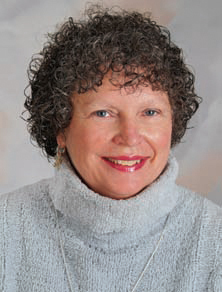 All eyes are on California at the moment to see if this population behemoth will pass an internet poker bill. It may be 2014 or 2015, but the conventional wisdom is that they’re getting closer to passing a bill.

The pace of legalization of internet gaming in the U.S. has been painfully slow. With the initial rush of Nevada, Delaware and New Jersey regulating the activity in 2013, things have slowed down as some states which had proposed legislation have adopted a more “wait and see” approach.

And, frankly, for our non-American counterparts who may not be familiar with our system in the U.S., once you put these decisions in the hands of state legislators, anything can happen.

With a population of 38 million, California is clearly seen as the Holy Grail when it comes to a licensing jurisdiction. And officials from that state have been clear on two items: 1) they envision poker only, and not casino games online; and, 2) they don’t see the need to enter into interstate compacts to pool liquidity, as they have enough critical mass within their borders.

The first bill to legalize internet gambling was introduced in 2008 by California Assemblyman Lloyd Levine. Bills have repeatedly been introduced in each subsequent session so far to no avail. Senator Rod Wright, a longtime proponent and sponsor of such bills, was convicted of voter fraud recently and has been suspended by the Senate.

But other state legislators have risen up to introduce internet poker bills in both the Assembly and Senate this session.

The biggest stumbling block so far has been the massive number of business interests involved with this effort to date. Those gaming facilities that currently offer poker in the terrestrial world include the card rooms and tribal casinos. I learned at a conference in the state capital in February that the racetracks are typically not included in the bill (in spite of their interest) because they do not offer poker in their venues.

But the numbers on those eligible are staggering. There are 95 licenses for card rooms in the state and 70 of the 100 federally recognized tribes in California have compacts for gaming. That’s a lot of folks to try to get on the same page and, so far, at least, it hasn’t happened.

When I attended the Sacramento conference, I came out with a sense that perhaps there would be some general agreement… at least enough to offer some momentum to the bills. This seemed to be fueled in part by the campaign of Sheldon Adelson against internet gambling. It was felt if California passed an internet gambling bill soon, that even with the passage of a federal ban supported by Adelson, the state would be “grandfathered” in and thus able to operate.

Concern over these “anti” efforts were fueled in March when California Senator Dianne Feinstein came out in support of the Adelson Coalition to Stop Internet Gambling. Her position clearly surprised a number of folks in the gaming business in the state.

But in April it seemed that the cohesion was starting to crumble a bit. Some groups like the California Tribal Business Alliance made it clear that the “bad actor” clause was critical to them, and they specifically pointed to PokerStars as the wrench in the works.

This difference in perspective was exacerbated in late April when a leading tribe (Morongo) and three of the state’s largest card rooms announced that they had done a deal with PokerStars. The announcement noted that the California operators would be subcontracting with PokerStars for use of their platform and expertise.

A day after the announcement, the California Assembly held a marathon, five-hour informational hearing to discuss the issue of internet poker. As many pundits noted, although many alluded to PokerStars, not one witness uttered the name. But the testimony of those who were a party to the deal with PokerStars seemed to vary widely from those who felt that the still-pending charges against the principals with the company should factor into their suitability.

So will a bill pass in California any time soon? Who knows? But as long as there are serious philosophical gaps among the proponents, it seems clear that legislators will not be moving forward.

In the meantime, what would a system look like in California? When I was listening to the speakers at the Sacramento conference, I recalled a previous iteration of a California internet poker bill that envisioned limiting the number of poker networks to three. It occurred to me that this was what was missing so far in Nevada and New Jersey. Having (potentially) each operator with their own network does nothing toward building liquidity.

With their Multi-State Internet Gaming Agreement, the states of Nevada and Delaware are trying to set up a system whereby the players in smaller states are pooled to gain liquidity. But they’re already learning of the technical stumbling blocks with pooling across various commercial networks.

How could California’s system truly provide critical mass if some of the prospective 160 operators each find their own technology party? At first, I thought perhaps the card rooms could potentially have one network and the tribes another. That would at least get it down to two. But, the announcement of the deal with PokerStars already bridged that divide by mixing them up.

So we’ll just have to watch and see how things play out in California. But hopefully, there are enough “behind the scenes” discussions going on that there can actually be some forward momentum on the legislative front.