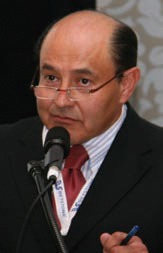 The California legislature is considering rival bills that would legalize online poker in the state, allowing the games to be offered by Indian casinos and card clubs.

Two bills would allow online poker websites that players could access from anywhere in the state where the internet is available.

Previous efforts were killed because gaming tribes could not agree on the terms of the bill, and gaming tribes pretty much set the rules for such things in Sacramento. However, both efforts also include representatives of the state’s card rooms, which also want a piece of the action.

One gaming group that is being left out, because it doesn’t have the political clout to force itself to be included, is the horse racing industry.

According to Senator Lou Correa, recently named chairman of the Senate Governmental Organization Committee, interviewed by the Press-Democrat, “There are a lot of moving parts. But we will work hard, and I am hopeful.”

Correa replaces Senator Roderick Wright, longtime champion of online poker, who has stepped down from his duties after being convicted on eight counts of committing fraud by claiming to live in a district he didn’t live in.

The Yocha Dehe Wintun Nation, the Agua Caliente Band of Cahuila Indians and the Pechanga Band of Luiseño Indians support one such bill, AB 2291, sponsored by Assemblyman Reginald Jones-Sawyer.

Correa is sponsoring SB 1366, which is supported by the Dry Creek Rancheria Band of Pomo Indians, the Federated Indians of Graton Rancheria, San Manuel Band of Serrano Mission Indians, the United Auburn Indian Community and the Rincon Band of Luiseño Indians.