The journey to sports betting in the Golden State 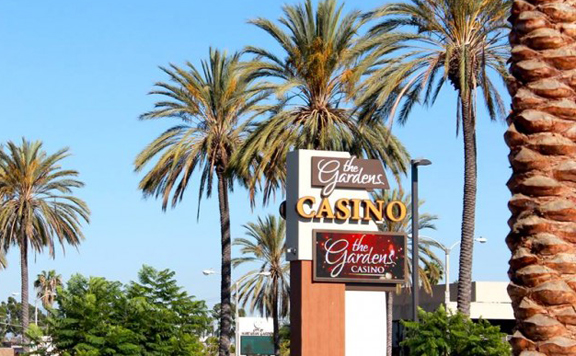 It’s 2020 and it’s well understood that gambling has had a storied role in American history. In the pre-colonial era, European settlers with their own gambling traditions observed Native American tribes wagering with peach pits for dice and even betting on live football-type sports. Today, sports betting is legal in 19 states, with legislation pending in 25 more, in a year when total revenues are expected to surpass $1 billion.

In those 400 years of history, gambling has remained part of the ethos while adapting and evolving to the historical fluctuations in American mores. One pivotal moment in that history was in 1987, when a Supreme Court decision in California v. Cabazon recognized the inherent sovereign authority of Indian tribes to regulate gaming within their tribal jurisdictions.

A year later, in 1988, at a time when gaming on tribal lands was limited to high-stakes bingo, Congress passed the Indian Gaming Regulatory Act (IGRA) to “provide a statutory basis for the operation of gaming by Indian tribes as a means of promoting tribal economic development, self-sufficiency, and strong tribal governments.”

This legal framework came into existence after years of speculation and fears that organized crime would infiltrate and take over tribal gaming operations. Over time, those fears have been proven baseless. Tribal gaming operations function under a robust set of federal and tribal regulations, with operational integrity as the cornerstone.

Since the Cabazon decision and subsequently, IGRA, California has remained a testing ground for the tribal government gaming model. Having always been under close observation, tribes have historically moved cautiously, fully understanding that any actions taken by tribes today would invariably affect generations to come.

This remains the case as demonstrated by an initiative measure that was announced for the 2020 ballot by a cohort of 18 tribes late last year.

The measure, entitled the California Sports Wagering Regulation and Unlawful Gambling Enforcement Act (SWRUGEA), would amend the state constitution to allow for sports betting, with conditions, at Indian casinos and racetracks.

For some, the move is reminiscent of Proposition 1A in 2000, which allowed the state to negotiate gaming compacts with federally recognized tribes in its boundaries. The compacts precluded the state from operating Vegas-style gaming in return for a percentage of tribal gaming revenues.

Just eight years later, voters approved four more propositions allowing tribes to triple their number of slot machines in exchange for a higher share of tribal gaming revenues. Since the initial compacts, tribes have contributed more than $918 million to revenue-sharing funds in addition to the hundreds of millions more in local and state taxes.

This time, however, tribes come to the table with not only decades of experience in working directly with the federal government but a depth of gaming knowledge and political capital that will be useful in navigating a path to the ballot box.

“This is an important and consequential policy issue that we have to get right for Californians, tribes and stakeholders,” said Mark Macarro, tribal chairman of the Pechanga Tribe of Luiseno Indians, in a statement. “Pechanga looks forward to engaging in the debate to determine the best path forward.”

Card clubs have come under scrutiny in recent years for being complicit in money laundering and other criminal activity. Regulators agree: less than a month after tribes announced SWRUGEA, the Bureau of Gambling Control proposed a new set of rules designed to bolster enforcement of existing rules against house-banked card games across the state’s 72 card clubs.

Reiterating his official statement, Macarro said Californians “should have the choice to participate in sports wagering at highly regulated, safe and experienced gaming locations.”

With regard to SWRUGEA, “This well-designed measure ensures responsible sports wagering by introducing important safeguards that protect consumers,” says Tribal Chairman Cody Martinez of the Sycuan Band of the Kumeyaay Nation. “For example, it requires people to be physically present when placing bets, forbids marketing of sports wagering to minors under 21, and prohibits wagering on high school games and college games with California teams.” 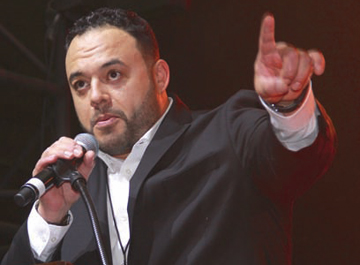 Cody Martinez, chairman of the Sycuan Band of the Kumeyaay Nation, says the tribal ballot initiative is designed to eliminate illegal sports betting and protect consumers

ACA 16 lacked majority and tribal support, which stalled the process until late last year, when in response to SWRUGEA, which left out the card clubs, Senator Dodd vowed to continue: “The card rooms that participate in gambling in the state of California have a huge economic impact on many areas of the state, particularly cities in Southern California. What I’m charged with is finding the right constitutional amendment that serves Californians well in this area of sports betting and also generates the most money possible for education going forward.”

Steve Stallings, then-chairman of the California Nations Indian Gaming Association (CNIGA), the state’s leading association of gaming tribes in California, rebuked ACA 16 in a statement: “In short, CNIGA does not support any expansion of gaming in California, including sports betting, until the for-profit, commercial card rooms stop their illegal practices, including constitutionally prohibited banked games.”

Since then, CNIGA has continued to renew, gain and harness tribal support from across the state. In addition to newly elected leadership, including the naming of Chairman James Siva of the Morongo tribe, Pechanga has rejoined the association after a seven-year hiatus from the organization.

Sources close to the matter confirmed that official language for SWRUGEA would be finalized later this month (January 2020) to allow for tribes to begin collecting the 997,139 signatures needed to qualify for the ballot in November.

Around that same time, state legislators will begin holding hearings to discuss ACA 16. Once hearings are held and the language for ACA 16 is agreed upon, the bill needs approval from two-thirds of both legislative chambers at least 180 days before the election (May 7).

For SWRUGEA, that journey requires closer to 1.5 million signatures to account for errors and disqualifications during that same period.

At the end of the day, both proposals seek to bring sports betting to California. The tribes are taking a traditional approach to an industry that has for centuries been considered a high-risk and sinful practice.

By rolling out sports betting through a safe and systematic approach, tribes are protecting a lifetime of hard work spent safeguarding the integrity of gaming in California with the ultimate goal of nation-building through promoting tribal self-sufficiency, economic development and perpetually strong tribal governments. 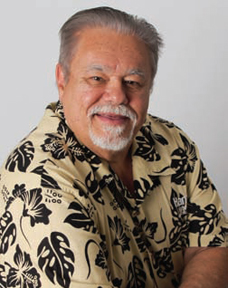 Several weeks after a consortium of 18 California gaming tribes introduced a campaign to amend the constitution to legalize sportsbooks for tribes and racetracks but not card clubs, two legislators plan hearings on a bill, ACA 16, with a much wider approach.

Question is, do the legislators, Rep. Adam Gray and Senator Bill Dodd, have the political clout to oppose the tribes?

At this juncture, their measure is a shell bill that needs to be filled out. Gray is the chairman of the Assembly’s Governmental Organization Committee, and his counterpart in the Senate is Dodd. Starting in January, they plan to hold many hearings before a final bill emerges, probably next June.

In order to be placed on the November ballot, ACA 16 would require a two-thirds yes vote from both chambers of the legislature.

Dodd said he was surprised by the tribal ballot initiative.

“They obviously have firm beliefs on what they see should be happening in this area, and that’s their right,” Dodd told LegalSportsReport.com. “But I represent all the people in the state of California, not just the tribes. And I think our approach to this should be more holistic.”

Dodd said the tribes’ initiative is meant to benefit only them and the racetracks, and doesn’t address what many believe is the only lucrative form of sportsbook, online. New Jersey, for example, gets 80 percent of all sports betting revenue from mobile wagering.

“When you look at all gaming interests in California—FanDuel, DraftKings, sports teams, card rooms—so many people were left out of this initiative,” Dodd said. “We’ve got to consider them as well as the racetracks and tribes.”

In an exclusive interview with GGB on the final day of his eight years as president of California Nations Indian Gaming Association (CNIGA), Steve Stallings commented on Dodd’s proposal. Stallings is also a council member of the Rincon Band of Luiseño Indians, a member of the 18-member consortium.

“We think any expansion ought to be methodical and well-tested,” said Stallings. “Dodd said our initiative doesn’t include online. That doesn’t mean it can’t later be amended. California voters gave us a mandate to keep gaming on reservations. With this, we do that, but help some racetracks that need some shoring up to stay competitive.”

Asked why the measure elbows out card clubs, Stallings said, “The state has not enforced the simple statute that 21 is not allowed in card clubs. Why would you expand gaming in facilities that are conducting illegal gaming?”

He further addressed Dodd’s concerns: “Like with internet poker and any gaming expansion, state government sees expansion as a panacea to solve all problems—we know that going in. Most states realize the taxation on sports betting is not going to solve any budgetary issues. We are concerned about consumer protection and underage gaming.”

Noting that Dodd’s bill would take two-thirds vote in the legislature, he added, “Tribes are not supportive of that process.

“I think we hear a lot of numbers about international sports betting that’s not true of the domestic market, and it does need to have some regulatory controls to make it competitive for everyone,” Stallings continued. “We are concerned that the game be conducted properly. It’s a low-margin business, but for tribes, it is a way to drive business. We know that most of that money in terms of revenue even for online betting is around major sporting events such as the Super Bowl and the Final Four, and those things drive traffic. Everyone is going to come up with economic impact; I don’t think previous attempts have proven those numbers outright.”