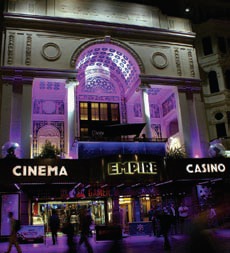 The sale, which is being managed by Goldman Sachs and PricewaterhouseCoopers, has attracted several interested parties, according to U.K., news reports, among them French gaming operator Lucien Barrière.

It is also believed Caesars will separately sell off LCI’s Emerald Resort & Casino in South Africa. Valued at £60 million, the site has attracted interest from its former management. The rest of the business has been valued at around £100 million and comprises 10 casinos in the UK, four of which are in London, and two in Cairo.

Caesars paid more than £300 million for LCI back in 2006 to take advantage of the deregulation of the British casino market, which was expected at the time to result in a wave of resort-scale casinos nationwide.