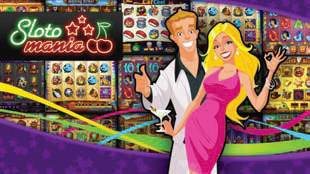 CEC shares rose the most in five months in August—18 percent in trading in New York—despite posting a $2 billion second quarter loss incurred mainly as a result of the protracted Chapter 11 restructuring of CEOC, which has been operating under U.S. Bankruptcy Court protection since January of last year.

The reason for the increases was a sudden shaft of light in CEOC’s seemingly endless bankruptcy tunnel. It came in the form of CEC upping its offer to recalcitrant holders of CEOC’s subordinate debt, agreeing to pay these junior creditors as much as 55 cents on the dollar in notes and stock, provided two-thirds of them agree. As of press time, slightly more than one-third had.

The sale of Playtika appears to have been the key.

Chinese investors led by Shanghai Giant Network Technology are paying cash for the Israeli company, which will remain independently managed, as it was under Caesars, news reports said.

Playtika, which Caesars acquired in 2011 for $170 million, offers a selection of free games—Bingo Blitz and Slotomania are among the best-known—that contain in-app purchasing opportunities. Users play with virtual currency but they do spend real money by purchasing items in the games.

The deal does not include the World Series of Poker or Caesars iGaming real-money operations.

For the three months ended June 30, CEC reported a 7.8 percent increase in revenue to $1.2 billion, which the company credited to another stellar performance by its Caesars Interactive Entertainment division, which includes Playtika.