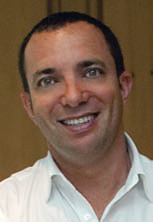 With the purchase of Playtika, Caesars Interactive President Mitch Garber says his company is poised to dominate the casino genre in social games for Facebook and other applications, as well as in mobile gaming.

Speaking with the website Inside Social Games, Garber says the acquisition of Playtika will also help the company become the leader in the mobile gaming field. He acknowledges Caesars’ main competitor is Zynga, which has Facebook’s most popular poker game. Zynga is also the developer of Farmville, Mafia Wars, Words with Friends and many other titles.

“Our key differentiator is that we only do one thing—casino-style games,” Garber said. “We think we will win the casino war with our competitors because we’re going to focus on what we know. We’re not going to do a ‘Ville’ game.”

Garber says the Caesars brands are so strong that the company will be able to penetrate jurisdictions where its land-based casinos don’t operate.

“I don’t have a gaming license in Australia, but I can offer Slotomania on Facebook,” Garber explains, using a game developed by Playtika. “Brand proliferation and in-game transactions are the main parts of our social and mobile strategy.”

Garber explained that Caesars is still in the early stages of determining how to monetize the social games.

The traditional social game player isn’t too concerned with a return, as would the average online gambler. Garber draws a parallel between a Pac-Man arcade game player who uses the quarter as a score-keeper, while a Slotmania player wants to win more quarters and not simply keep score.

He revealed that Caesars isn’t upset that IGT is in the same market with its purchase of the Facebook game Double Down Casino.

Meanwhile, Zynga isn’t sitting on its hands. Zynga CEO Mark Pincus says his executives are talking to companies to partner and brand social games for them.

“The amount of innovation you’re going to see around gambling as an entertainment mechanic is going to be mind-blowing,” said Pincus. “We’re definitely talking to all of the players that you would suspect. We have incredible respect and admiration for brands and groups like the Wynn. I would expect that you’ll see a lot of these players kind of figure out their go-to-market partnerships for sure before the end of this year.”