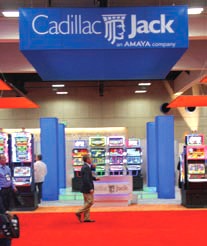 The deal represents the combination of two traditionally strong Class II slot suppliers, each of which had made substantial inroads in traditional Class III gaming markets. It also marks yet another step in the overall consolidation of the slot supply sector, which has seen more major slot-manufacturing merger deals in the past two years than in the history of the industry, led by mega-deals in which Bally Technologies, WMS and SHFL entertainment were swallowed by lottery giant Scientific Games and its lottery competitor GTECH acquired leading slot-maker IGT.

For AGS, formerly known as American Gaming Systems, it marks the second major acquisition in as many years, as the company seeks to carve a larger share of the U.S. slot market.

Since the acquisition of AGS by Apollo at the end of 2013 and the installment a few months later of David Lopez as CEO, AGS has taken an aggressive growth stance. Last year, the company acquired Colossal Gaming, the company founded by gaming legend Steve Weiss. The company is still combining the

Colossal slot platform with the Roadrunner platform the company developed under former CEO Bob Miodunski, the longtime Bally CEO who was hired in 2010.

The purchase of Cadillac Jack—which currently has more than 13,000 games installed in casinos and a library of 165 game titles—adds another layer of technology to AGS, and another slot line that has performed consistently well in Class II markets including Oklahoma and Mexico.

The deal also represents Amaya’s ongoing effort to clear the decks of its land-based slot businesses to focus on the growth of PokerStars, the leading online gaming operator the company acquired last year, which has caused a nearly eight-fold increase in adjusted earnings. Recently, the company announced it is spinning off its Diamond Game