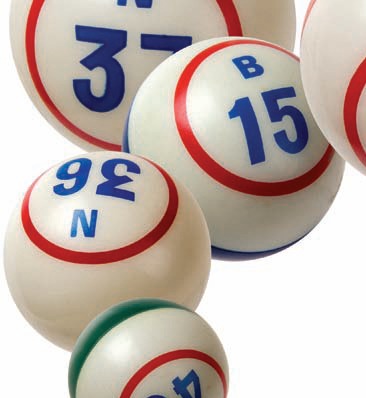 It’s the game we have all played since we were children, and unlike marbles, hopscotch and kickball, bingo has followed adults to their local casino to enjoy a modern-day popularity that even surpasses previous generations.

“Bingo is the most widely played game in the world, and its popularity is due to how easy it is to learn and play,” says Tony DeLise, casino manager at John Ascuaga’s Nugget Casino Resort in Reno. “Another reason for its popularity is that it is a very social game where players get to meet many of the same people every day who love to play bingo. It is also the only game where players have a chance to win their share of a guaranteed prize pot.”

Bingo has been able to tap into a new generation of players by marketing to a young demographic with “midnight” or “lunar” bingo games that provide a nightclub-type atmosphere, often equipped with disc jockeys, disco lights and even dance floors.

“Bingo has remained popular as the Baby Boomers age, but we are seeing a real growth in popularity offering our late-night games to younger crowds,” says Eric Ramsey, bingo director at Casino Arizona. “We usher them through the same process to get to know the game, but in an even friendlier environment that they are familiar with. It allows us to be more creative and make our gaming facility stand out.”

Another shift in the bingo player demographic among the younger generation is an increase of male participants. This may have to do with the more social nightlife environment that attracts younger female participants.

“Bingo is still bringing in younger players who are experiencing the game for the first time,” says David Colvin, chief executive officer of Gaming Arts LLC, a leading manufacturer of bingo games. “If you visit the bingo rooms, you will see younger players and a significant number of men participating these days.”

As the player demographic has shifted in bingo in domestic markets so far in the 21st century, so has the complexity of the games, as multiple venues, bonus jackpots and specialty games are routine offerings from casinos to a loyal customer base that is always looking for enhanced features and payouts.

“Our Super Game jackpots run from $5,000 to $500,000, which creates a unique playing experience with more winners and bigger jackpots based on traditional bingo games,” says Colvin. “Our proprietary games create more winners by not splitting the jackpot, by allowing multiple winners in the same game and by creating life-changing jackpots. We listen to our bingo directors and their players, and universally they have requested more winners, larger jackpots and more game variety.”

Gaming Arts offers over 50 different “Super Games,” and they are the most popular of the company’s offerings. With Super Games, the game continues for many more balls after someone calls “bingo,” allowing for many more winners. This leads to millions of dollars in jackpot payouts every year.

“We have listened and developed the games that meet the players’ requests and operators’ needs of less volatility and less risk,” says Colvin. “This is what has led to the development of our extensive game library.”

In Nevada, Station Casinos has served as the prototype for implementing high-stakes bingo games over several properties. With eight properties sprawled across Las Vegas that cater to every possible adult demographic, bingo is the one link at all properties that can enhance their gaming offering. Their Jumbo Bingo game is a progressive jackpot that starts at $125,000.

“Technology is a huge asset to us with our linked Jumbo Bingo product,” says Jim Ward, corporate vice president of casino operations for Station Casinos. “One room broadcasts the bingo game throughout all of our properties.”

To gain even more attention to its bingo game, Station Casinos has experienced great success offering the $500,000 “Bingo Blockbuster” games twice a year, typically in the spring and the fall. It is a two-day event with $250,000 awarded each day over 33 games. A $200 buy-in gets a player one six-pack of cards, and additional cards can be purchased for $20 each. The buy-in also includes lunch, buffet passes and bingo card daubers. The next Bingo Blockbuster is scheduled for March 11-12.

“We make sure we schedule our Bingo Blockbuster around other events at our other properties because of their popularity,” says Ward. “Regardless of the size of the jackpot or the state of the economy, bingo will always prove to be a great gaming value for customers.”

Not to be outdone, in northern Nevada, John Ascuaga’s Nugget offers its $100,000 Bingo Blowout several times each year, including March, May, July, September and November this year.

“The Bingo Blowout is a tremendous success, averaging over 1,500 players and often reaching nearly 2,000 players,” says DeLise. “Our famous Rose Ballroom has hosted the Blowout for the last 30 years, and we draw players from all over the Western states.”

With none of its northern California competitors offering bingo, John Ascuaga’s Nugget has been able to carve out a successful niche in the marketplace. The casino has been able to parlay the success of the Bingo Blowout into other daily promotions as well, such as “Bingo Free Play Star,” where you can win a day, a month or more of free bingo play. The “Pass the Prize” promotion moves a gift box to different tables of bingo winners, and at its final location all the players at the table receive a free entry ticket to the Nugget’s next $100,000 Bingo Blowout.

“Bingo players love to hear that a prize pot is guaranteed,” says DeLise. “There is no other game in the house that can make this claim.”

Not surprisingly, Indian gaming, the fastest-growing segment of the domestic casino market in the last decade, has built a strong relationship with the game of bingo. Tribal casinos have proven to be a perfect partner for the rapidly expanding game.

“It has grown a lot faster than even what we could have predicted,” says Tim Stuart, president and chief executive officer of Video King, a leading bingo game manufacturer. “We knew that bingo would grow as it was approved and implemented in more casinos, but it has happened much faster than we thought at Indian casinos, and that is a good thing.”

Casino Arizona is symbolic of this bond, as it offers its lowest buy-in for $3 and a minimal $13 buy-in for late-night bingo.

“We did a lot of research in Arizona for price points, so we had to check out all of the smaller bingo halls against the larger establishments,” says Ramsey. “We were constantly adjusting our product based on feedback and market analysis. There is a large market to pull from here in the Arizona market, and that helps us, as well.”

Ramsey would know, as he has worked at four different properties across the Southwest, and joined Casino Arizona in June 2012 specifically to help them transition to a new era of bingo.

That new era is highlighted by a new bingo hall that opened in November. It seats exactly 1,000 people, and is set up more as a mini-sports arena than a bingo hall, equipped with a scoreboard that hides a disco ball for late-night games and video walls that utilize the latest technology. The bingo hall is home to 16 sessions per week.

“The bingo hall is designed for maximum comfort,” says Ramsey. “We are very pleased with our customers’ reaction to the new facility.”

The ambiance and camaraderie offered by bingo is clearly what separates it from its competition in the gaming marketplace. Casinos play into this by offering a variety of amenities—food, fun and friends—for their clients, many of whom visit on a daily basis.

“While many casino games result in a sense of isolation, bingo is just the opposite because it is a deeply social game for many,” says Colvin. “Many players have been playing with the same players for years and know each other very well.”

John Ascuaga’s Nugget has been providing ambiance within its successful bingo operation for more than 50 years.

“We feel that one of the main reasons for our success in bingo is that we show our players how much we appreciate their business,” says DeLise. “Our bingo parlor offers weekly player appreciation promotions designed to thank our players for their patronage, such as free lunch days, cash bonuses for everyone whose birthdays fall within four pre-selected months and special free bingo slot tournaments for cash and prizes.”

The long tenure of the Nugget’s bingo staff is also vital to create the desired environment. The ability to identify the different levels of player experience, game situations and specific player needs are timeless qualities offered by every successful bingo staff.

“Bingo is a community game, and people have their routines,” says Ramsey. “Our goal is to get the word out and have people start a new routine with bingo.”

The biggest technological influence in bingo has been the prevalence of mobile devices. Long gone are the days where you have dozens of cards sprawled out in front of you with multiple colored daubers. Although many players still prefer this old-school style of play, in the mobile bingo world, more than 2,000 different cards can be loaded onto a single handheld device.

Video King is at the forefront of this technology. The company just deployed 3,800 mobile devices at Foxwoods Resort Casino in Connecticut. Overall, the company has deployed 55,000 tablets across the world, including casinos, bingo halls and charitable organizations.

“(The mobile devices) are very player-friendly, and we have seen our average installation increase from 100-200 devices to 500-600,” says Stuart. “Seventy-five percent to 80 percent of people will play some kind of tablet or gaming device.”

Gaming Arts also knows that it has to stay on the cutting edge of technology to protect its share in the market. In 2013 alone, the company is planning on launching more than 100 new proprietary bingo games, including applications ranging from the conventional bingo hall to the slot floor to mobile devices and internet gaming.

“For us, new and exciting content along with adaptability to diverse gaming platforms is the key to the future of the industry,” says Colvin. “All of our current products have been designed to adapt to this new paradigm.”

“During the past five years we have seen tremendous growth in this area fueled by hardware, software, content and those back-end management programs,” says Stuart. “It is a very unique niche, and as more charities are looking to raise funds through bingo and its accompanying software, the growth in this market will continue to occur.”

With the social popularity of nighttime bingo, the advanced technology of mobile tablets and the increasing promotions and onsite ambiance for players, the future of bingo looks just as bright as any game in the casino industry.

“We see the tablet technology growing into more locations and offsite bingo, where it already has been approved by certain municipalities,” says Stuart. “We think the future of the game will move to a quicker, fast-paced, heads-up game with a keno-style vibe. We see the game continuing to grow over the next 10 years, but the technology will grow faster than the rules.”

Regulations defined by different jurisdictions are clearly the “X” factor in how fast bingo will expand. What started out for most people as an innocent childhood game is now the foundation for revenue for many gaming properties.

“Years ago, operators pretty much laughed at the thought of offering their clientele bingo,” says DeLise. “They thought of it as a game where people just came to kill some time and contributed very little to the overall operation of their property. At the Nugget, we knew from the start that the bingo player is also a slot player, and a table games player, and a guest in our hotel and dinner areas. The bingo player has and always will be appreciated.”