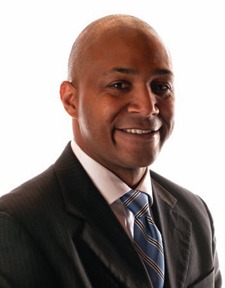 For Marcus Glover, the road less traveled ended up being the avenue to early success.

Upon graduating from Atlanta’s Morehouse College, Glover began a career in management consulting, working for Accenture and Deloitte before leaving after five years to pursue his MBA at Duke University’s Fuqua School of Business. While in business school, Glover had the opportunity to join Caesars Entertainment (formerly Harrah’s Entertainment) as a President’s Associate intern, with options for locations including renowned gaming markets such as Las Vegas and Atlantic City or New Orleans, which was known more as a destination city with an evolving but dynamic gaming market. He chose the challenging Gulf Coast over the glitz and glamour of more established gaming markets.

“In New Orleans, I got to be a big fish in a small pond as the only intern on property,” says Glover, now the senior vice president and general manager of Horseshoe Casino Cleveland and ThistleDown Racino, both Caesars/Rock Gaming properties in the new Ohio gaming market.

Glover was able to get more involved in major projects than he might have in the larger gaming markets, such as the acquisition of Caesars Entertainment and the rebuild of its casinos on the Gulf Coast following Hurricane Katrina. This was a shift from what he had experienced during his stint in management consulting, where many project engagements never involved seeing the solution delivered to the customer.

New Orleans was also a market with the ability to nurture future leaders.

“I was able to work with a lot of people who showed care and concern as well as devoted attention to my career,” Glover said. Among them was John Payne, president of Central Markets and Partnership Development, who took an interest in Glover’s career and provided business counsel and support. Other mentors included Dan Nita, regional president and general manager of Horseshoe Casino, and at the time, Division President Anthony Sanfilippo, who is currently the CEO of Pinnacle Entertainment.

Such guidance and a wealth of experience gained in a short time propelled Glover to vice president of operations for Grand Casino Biloxi (now Harrah’s Gulf Coast) in 2006. By 2008, he was promoted to assistant general manager and vice president of operations at Harrah’s St. Louis Casino and Hotel. In 2010, Glover jumped at the chance to open Ohio’s first casino, Horseshoe Cleveland, pioneering a new casino gaming market.

Glover also mentors quite a few young professionals and emerging leaders. He meets with what he calls his high-potential talent quite often to discuss matters such as their progression and to give advice. Glover tells his mentees how important it is to keep up with the latest trends and to be commercially aware of what is happening not only in their industry, but in other related industries as well.

“Each person is unique, and I try to look at their current circumstance and give them advice tailored to their unique situation,” he says.

For Glover, “success is a journey, not a destination,” and his advice to young aspiring professionals is to “be intolerable of unacceptable outcomes, gain accomplishments, and continue in personal and professional development that fosters both continuity and sustainability on your journey to success.”