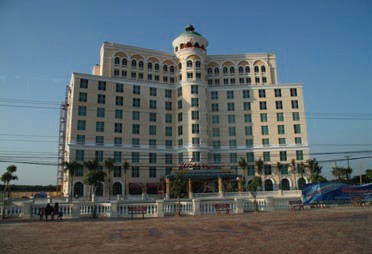 Authorities in Cambodia are considering reforms that could open the country’s casinos to the domestic market.

Those casinos are currently off-limits to Cambodian nationals, but the prospect of neighboring Vietnam ending its own locals ban has moved the Ministry of Economy and Finance’s Gaming and Casino Department to begin investigating the potential impact on the market if Vietnam follows through.

“We have thought about Vietnam legalizing it,” said ministry spokesman Ros Phirun.

Cambodia’s largest and most lucrative casino, NagaWorld, which holds a monopoly in Phnom Penh, generates an estimated 40 percent of its mass-market revenues from Vietnamese players. Casinos along the border depend even more heavily on patronage from their larger neighbor.

Phirun said legalizing internet gambling is also on the table, and a measure currently at the draft stage would expand the ministry’s policing and regulatory powers over the sector, which thrives as an underground activity.