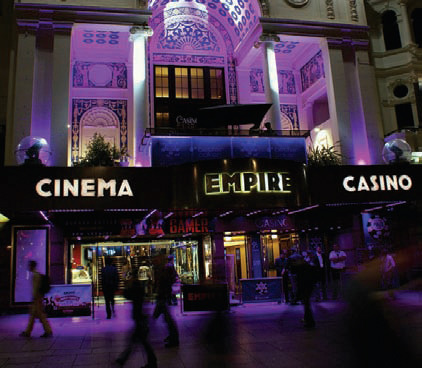 The excitement that came with suggested regulatory reform in 2005-06 spurred many operators to buy British gaming companies in hopes that the full-blown casinos would be permitted in the U.K. Caesars Entertainment (then Harrah’s) got the plum of the British industry when it bought London Clubs International and its prestigious London casinos after a bidding war with Stanley Leisure.

But when the regulatory reform didn’t occur as expected, the British casinos became a drag on Caesars, and last month, the U.K. newspaper Daily Mail reported that Caesars had retained Goldman Sachs to solicit buyers for the casino company.

LCI operates 13 casinos in the U.K., including London’s Empire Casino and Playboy Club properties, making it the fourth-largest casino group in the country.

There has been something of a consolidation of the British gaming industry recently, but merger talks between Gala Coral and the Rank Group collapsed within the last month.