The acquisition of Gala Coral's casino division would give Rank Group over 40 percent of the U.K.'s casinos. 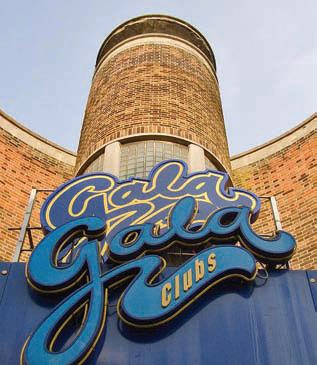 Rank Group has opened its effort to acquire the casino division of Gala Coral with a bid of £250 million—about 5 million.

The 24 Gala properties added to Rank’s current 35 would give the U.K. firm more than 40 percent of the nation’s casinos, making it the largest operator in the sector there.

Neither company has offered more than a brief statement confirming discussions are in progress and that no terms have been finalized.

The Financial Times quoted Paul Leyland, analyst at Investec, as saying that the £250 million offer was at the higher end of a “sensible” range. Leyland believes the acquisition would make commercial sense.

“A deal should add a lot of value in our view,” Leyland said. “Given it can be funded out of existing resources, it’s easy to see how it can quickly be earnings-enhancing. There are immediate synergies in management and there’s investment potential.”

Rank has about £30 million in net cash, and presumably would fund the deal with a mixture of cash and debt.

The Financial Times notes that the casino division of Rank accounted for more than a third of group revenue in the first half of 2011 and two-thirds of the £29.5 million operating profit in the period.

Regardless of the Gala Coral deal, Rank has plans to increase its Grosvenor and G Casino properties to 45 by 2015.

Gala Coral, which was taken over by creditors in a restructuring deal in mid-2010, reported a loss of £643.4 million post-tax at the end of its financial year in September. The casino business generated EBITDA of £26.7 million on revenues of £134.4 million.

Gala Coral is owned by a shareholder group of former mezzanine debt holders led by Apollo, Cerberus, Park Square and York Capital Management. In 2010, the group converted £558 million into equity and added £200 million in cash to pay down senior debt. The move lowered net debt to around £1.9 billion, with senior secured debt down to about £1.5 billion.

Now, with net debt of £2.1 billion, Gala Coral has been considered vulnerable to companies looking to acquire specific parts. Selling off the casinos would allow Gala Coral to focus on its Gala bingo and Coral bookmaking divisions.

Rank is listed on the London Stock Exchange but is 74 percent owned by Guoco, the investment vehicle of Malaysian billionaire Quek Leng Chan.