Why California gambling regulators were slammed in a state audit 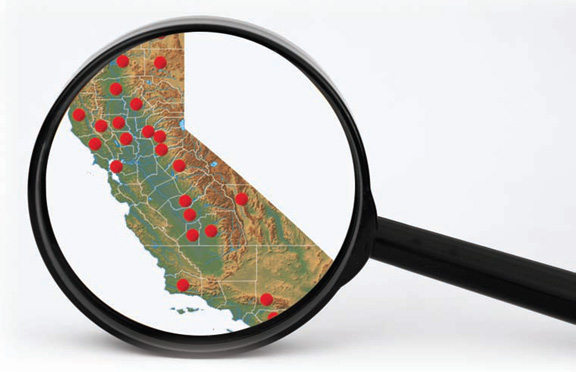 A scathing audit of California’s politically bifurcated regulatory system concludes that the Bureau of Gambling Control and the Gambling Control Commission engage in lengthy, inefficient and unfair practices processing owner and employee card room licenses that “may require legislative intervention.”

The 97-page report by California State Auditor Elaine M. Howle states that “incomplete or inconsistent procedures have contributed to delays and backlogs for gaming license applicants and have resulted in unequal treatment for applicants and licensees.” The backlog is roughly 1,000 applications.

“Furthermore, neither the bureau nor the commission has addressed the fact that the fees they charge do not align with their costs for providing oversight,” resulting in a Gambling Control Fund surplus of nearly $100 million, Howle says. “Such misalignment… may call into question the legality of some fees.”

It’s not clear what action legislators may take in response to the report, called for by the Joint Legislative Audit Committee and released in mid-May. Bay Area Assemblyman Rob Bonta, who requested the audit, declined through his press secretary to discuss the report.

Bonta raised the issue in response to Pacific Islanders in his district who operated card rooms and claimed regulators were racially biased. One family had licensing difficulties because the matriarch had a felony criminal record.

“Because neither the bureau nor the commission comprehensively tracks the ethnicity of applicants and license holders they regulate, we were unable to determine with certainty whether systematic discrimination has taken place,” Howle says. “However, our review of individual applicant files did not identify evidence of discrimination on the basis of ethnicity or other related characteristics.”

Howle’s audit is the latest controversy to rock the bureau and commission, which are responsible for regulating the state’s $2 billion card room industry while providing limited oversight of the $9 billion American Indian casino industry.

California card rooms have been the target of a numerous law enforcement raids due to allegations of money laundering and other federal cash transaction violations.

The clubs have also been accused of offering games in violation of state penal codes and a constitutional amendment that gives tribes the exclusive right to offer banked and percentage games. Tribes have filed two lawsuits against card rooms and the state, the latter for breaching tribal-state compacts. Tribes accused regulators of being “complicit… and at times even encouraging” unlawful conduct by card rooms.

Finally, former bureau chief Robert Lytle in May 2016 was stripped of his licenses to own card rooms and consult with the industry when it was learned he engaged in a conflict of interest, issuing a controversial legal opinion on game rules prior to leaving the agency to work in the industry. The opinion on rotation of the player/dealer position, which was contrary to state law, was later rescinded.

Although the audit targeted the agency’s regulation of the state’s 87 licensed card rooms, its findings fuel tribal demands for an additional audit of the Special Distribution Fund, a pool of tribal money used in part to reimburse the state for regulatory costs.

A supervisory agent in the compliance unit “is aware that its employees are not charging their time in accordance with their positions’ funding source,” Howle says. The agent “was taking steps to address this problem,” she says.

The bureau routinely violates a 180-day time frame for reviewing license applications, Howle says, and the process is further lengthened because the commission calls for evidentiary hearings rather than making decisions at regularly scheduled meetings.

Bureau and commission officials generally agreed with the bulk of Howle’s report and were attempting to remedy the problems, she says. The bureau did request, however, that 32 temporary employees assigned by legislators to help clear the backlog of license applications remain with the agency.

Much of the problems with the state’s regulatory system have been blamed on the lack of coordination between the bureau, which operates within the Department of Justice under Attorney General Xavier Becerra, and the commission, an adjudicatory agency under Governor Gavin Newsom.

California is the only state in the country with a gambling regulatory system divided between two constitutionally elected officials.

“For years, the card room industry has been extremely concerned about the bureau and commission’s inefficiencies, delays, and inconsistent practices,” says Clarke Rosa, president of the Communities for California Card Rooms.

“The release of this independent audit… validates the concerns we have been expressing to the bureau and commission for years.”

Tribes will discuss the audit later this month, says Steve Stallings, chairman of the California Nations Indian Gaming Association, a group of 38 tribes.

“Unfortunately, it doesn’t cover the tribal regulatory operation, but it basically establishes a foundation for us to expand upon the audit and include the tribal side of things,” he says. “It’s all related. This lays out their business practices, whether it’s the card rooms or the tribes.”

The agreements, under federal law, require tribes to pay the state “actual and reasonable” costs for regulatory oversight. Tribes have primacy for regulating their casinos.

“Tribes are questioning the billable hours,” Stallings says. “Most of the licensing work on the tribal side is done by the tribal commissions. It would be interesting to see if California regulators can account for the time they’re billing on the tribal side, where there’s actually not much work to do.

“The report should raise a lot of eyebrows among the state legislature about what these two agencies are doing.”