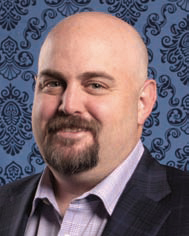 VSiN (Vegas Stats & Information Network) captured the public’s attention at the end of 2016 when legendary sports broadcaster Brent Musburger ended his long career to join the company, founded and operated by his nephew, Brian Musburger. VSiN has set up shop in the South Point casino hotel sports book area and broadcasts sports information 24 hours a day. Brian Musburger spoke with GGB Publisher Roger Gros the week before the Super Bowl, when VSiN launched.

GGB: How long have you been planning this endeavor?

Musburger: A long time. We’ve been gearing up for this for almost four years now. The idea came from the fact that I knew the guys who know the most about sports were the guys whose livelihood depends upon it—guys like Jimmy Vaccaro, Chris Andrews, Vinnie Magliulo. They have such a unique take on sports, there’s no one who can break it down better than they can. It’s a different kind of sports network.

Is it just going to be a network that broadcasts on radio or TV, and how are you going to make money?

It’s going to be more than that. However you want the news, we want to get it to you that way. In the beginning we’re on SiriusXM Rush for five hours a day, seven days a week. There will be an app eventually where you’ll be able to stream the shows in any format you want, audio or video. We’ll be rolling out new products on a regular basis.

In the beginning, we’re going to be very heavily advertising-driven with Sirius and with our web partner, American Eagle. We’ll explore the idea of a subscription model down the road. Right now, we’re viewing it as a “freemium” model, but eventually there will be tools we’ll put behind a paywall.

So who else will be the experts?

Al Bernstein, the great boxing commentator, is doing a daily two-hour show. And then we have a couple of young guys we’re excited about including Bill Alexander, who’s done a sports podcast for quite a while about the new shape of sports betting. Brent will do a show called My Guys in the Desert where he will tap into the expertise of the sports betting experts in town. Most of our guys won’t take outrageous positions just to make headlines. If they say something, they have to back it up.

The new technology in sports betting, like in-game betting, is really groundbreaking. How will you handle that?

We see tremendous opportunities in this kind of technology. We’re going to experiment with some in-gaming wagering and different technologies to reach that audience that’s paying attention to this new technology. More than anything, we want to de-mystify sports betting and give people a better understanding of what’s being done by the line-makers and why they make those decisions. We want to give you the news you need to win. But we’re not a tout service. Even if you’re not betting on sports, you’ll be a more informed viewer.

What sports are you going to cover? Anything you can bet on?

Anything you can bet on. Absolutely. Worldwide. We’re talking to a guy now who is an expert on Aussie Rules Football. And another guy who knows cricket. We’re not going to do those segments on our Sirius show, but in addition to the live linear content, we’re also going to have on-demand content. If you let us know you’re into cricket, we’ll find a guy who can help you be more informed about how to wager on cricket. We’ll be all over MMA and golf, as well.