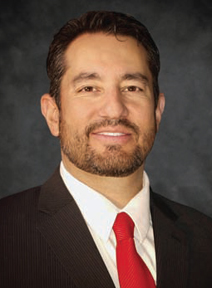 An enrolled member of the Ho-Chunk Nation, Brian Decorah started his gaming career in his tribe’s casinos. He later went on to become a general manager at two of their mid-sized casinos, and later became general manager at Firekeepers Casino Hotel in Michigan, leading an expansion, including adding a hotel. He joined Snoqualmie Casino at the beginning of 2018. He spoke with GGB Publisher Roger Gros at G2E in October.

GGB: You did a great job running the FireKeepers casino in Michigan. What’s the difference between Firekeepers and the Snoqualmie Casino?

Brian Decorah: Just like at FireKeepers, I’ve got a great team here. But Seattle’s just a different market—when you go there, just the natural beauty of where you are, and the market that we’re in. We’re the closest casino to Seattle, 27 miles out. So, we’ve got some of the most affluent neighborhoods surrounding us. We’re right off Interstate 90. We say we’re minutes away, but a world apart. We have these sweeping views of the Cascade Mountains. We have elk and blackberry all around the property. It’s just a stunning location, but very affluent. And what’s a little bit different, compared to that FireKeepers market, it’s a little bit smaller property, but the win per player is substantially higher. Our market has many players employed by Google and Microsoft and other tech companies.

But we also have a very high percentage of Asian play. We estimate it’s around 50 percent, but it’s not Chinese. It’s Vietnamese and other Asian segments, and we’ve got the full offerings to target that demographic.

Does the tribe have a lot of land up there? Is there land to expand?

It’s actually a pretty small footprint—around 60 acres. And it’s built on the side of a mountain, so it gives you great views, but it’s really difficult to build on. So, we’re actually in the process of taking a look at what can we do to expand right now, and the topography is certainly one of the things you have to think about a lot.

Tell us about your competition up there. Are there other casinos close by?

Yes, there are close to 30 casinos in Washington. We’ve also got a lot of card rooms around Washington. But the closest casino to us is Muckleshoot. They’re about 30 miles south of us, but it takes about an hour to get there, with the traffic. And Tulalip, they do a great job, on the north side of Seattle. But we almost don’t compete in some respects, because of the traffic barrier—it can be 20 miles, but it’s an hour and 45 minutes in rush-hour traffic. We’ve also got Emerald Queen over on the other side of Seattle, closer to Tacoma, and they’re in the process of building a big Vegas-style casino property there.

But, you know, one thing that’s really

different is that it’s a friendly competition and serious collaboration in Seattle. Everyone works together, and they’re willing to share things. And it’s taking some getting used to, compared to where I come from, but they welcome me with open arms, and that’s not something you always experience when you go to a new market. There were a lot of different things to learn, because it’s a pull-tab-based slot product there. And there’s a lot of learning the nuances of a regulatory environment. So it’s different, but I had help.

Tell us about the card rooms, or what they sometimes call mini casinos.

It’s really the same things that you see across other card rooms—they aren’t as heavily regulated as our casinos are. There have been accusations of loan sharking, money laundering and even murder.

Some of our higher-limit baccarat players would go to those card rooms, so we’ve converted a former deli into a high-limit private gaming salon for those high-limit bacc players. And that’s because we do have a lot of those players who do like that private experience in those little card rooms. We want to be able to replicate that, but with a tighter game, more regulations, more consumer protections.

So are those pull tab machines Class II gaming?

It’s still Class III gaming, but it’s based off a pull-tab system. Essentially, if you go up to a Wheel of Fortune game, and make a bet, the 50-cent bet and the dollar bet come from different buckets of pull tabs. And once it gets down to, I think, 10 percent of what the total pull-tab base is, it dumps more pull tabs in, so it’s not quite the same as traditional slots. Our slot director is great, a former IGT executive. And he was telling me, if you go play video poker at a bar, it’s a certain experience you get here in Las Vegas, and if you’re a skill-based player, you can do pretty well. But in Washington, if you get dealt the full house or a royal flush on the first hand, you can throw all those cards away, and you’re still going to get the same result, because there’s no skill involved. It’s all based on pull tabs.

Can you use Class II games?

Yes, those aren’t regulated by the state compact, so that’s more advantageous for us. They also have other restrictions, as far as types of games, and we really do need more Class II premium product, with those affluent markets that are so close to us, in Bellevue and Seattle, and Seattle proper, so we have an opportunity with a more upscale customer, just to have a higher-limit bet on each of the games. So, that’s really important to us, but we need premium content for it. Not all games are created equal, as we know.