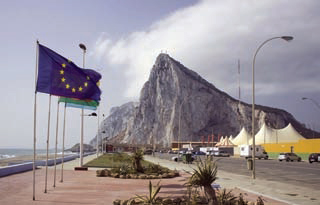 As the U.K. and Spain battle over Gibraltar in Brexit negotiations, the online gaming industry based on the small territory is left waiting to see the outcome.

Brexit negotiating guidelines published by the European Union said that no Brexit agreement between the E.U. and U.K. could apply to Gibraltar without agreement between Spain and the U.K. That led U.K. officials to say they will defend their interests in Gibraltar, with some even invoking the country’s defense of the Faulkland Islands in the 1980s.

British Prime Minister Theresa May said that she would “never” allow Gibraltar to slip from British control against the wishes of Gibraltarians.

Gibraltar’s gambling industry employs about 3,000 people, with another 1,000 indirectly depending on the sector for employment, according to a report in the Racing Post. Many of the employees live on the Spanish side of the border. The territory has attracted many online gaming companies due to its low tax rate.

While the U.K. and Spain are being contentious, bookmakers in the territory are trying to stay above the fray.

“I think the hyperbole has gotten a bit out of hand, and when things go into proper negotiations it will be handled sensitively on both sides, but obviously, it’s something we continue to monitor,” William Hill Director of Communications Ciaran O’Brien told the Post.

In the meantime, Spain has said it will not close its border with Gibraltar after the U.K. leaves the E.U.