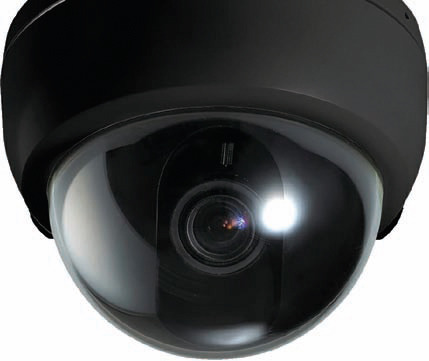 A few months ago, I had the opportunity to visit the Microsoft Global Security Operations Center (GSOC) in Redmond, Washington. After entering the main foyer and passing by a statue of Master Chief from Halo, I was led into the monitor room.

To call it a monitor room is kind of like calling the Pentagon an office block. It was a little bit more than that. Microsoft has over 170 facilities worldwide. From the GSOC in Washington they have the ability to remotely monitor and record activity in all their facilities around the world by utilizing a network of over 16,000 IP video surveillance cameras.

During the visit, my host pointed to a large screen on the wall showing an interactive map of the world and invited me to choose a location. I chose Dubai. Within seconds, I was whisked into Google Earth and connected to a high-definition camera located outside their Dubai facility.

He zoomed the camera in to identify a license plate number of a car parked outside the door. He wanted me to see the car was licensed in Dubai. He was showing off. (I don’t blame him.) The camera was surprisingly clear and quick to respond to the commands of the operator.

At that moment, every ounce of skepticism I had towards the concept of remote surveillance left me. I thought to myself, could casino surveillance be leaving the building?

Looking back in time, it could be argued that the casino industry was the first commercial sector to embrace the potential of closed-circuit television systems as a means of providing security and asset protection. For decades, installing and operating a CCTV system has been a regulatory requirement for most legalized casinos around the world.

Although initially other sectors may have been slower to catch on to monitoring and protecting their businesses with closed-circuit television, they now seem to be taking the lead in video technologies and systems integration. Without the conservative blinkers of old casino ways and the freedom not to be confined by outdated and often “sheep-like” regulatory requirements, other industries appear to be thinking more outside the box.

Remote surveillance is not a new concept in security. Security companies now offer cloud-based video surveillance services to small businesses around the world. Many bars and entertainment venues are using third-party providers to record and maintain up to 30 days of video at an offsite location. The video comes from the client’s existing camera system or one provided by the vendor. The client pays a monthly fee for the service based on how many cameras are recording and how long they want the video to be retained.

I realize that in some casino jurisdictions, the concept of remote surveillance would face some regulatory challenges. It is prudent for new security technologies to be scrutinized by knowledgeable professionals, but when technology has the potential to be an industry game-changer, it should not be ignored.

There are three different scenarios when talking about remote surveillance. The most common considered by casinos today is monitoring a new property from an existing property. The second is monitoring a property from an offsite location, and the third is utilizing or outsourcing a third-party service provider to monitor or review “special situations” over the internet.

Eye In The Sky

Let’s look at monitoring a new property from an existing monitor room. The business case for this concept seems to have a lot of merit. The obvious advantage of using one location to monitor two properties is you don’t need to build a surveillance operation in the new property. The room, consoles, monitors and associated systems are already in place.

The existing equipment room may need to be expanded to accommodate the system expansion, but in most cases, if forward thinking was factored into the original space allocation, it should be OK.

The real benefit of maintaining a central monitoring location is gained through labor savings. A significant saving (and a lot fewer recruitment headaches) is made by only having one management team overseeing two properties. The team is already in place, trained and culturally acclimated. The number of front-line and technical support staff may need to be increased to deal with the extra day-to-day activity of two properties. However, the savings from not having to fully staff an entire new surveillance operation to comply with regulated on-site minimum staffing-per-shift requirements are very substantial.

Choosing the appropriate staffing levels is probably the most debated topic in casino surveillance. It’s one of those “how many does it take to screw in a light bulb” questions. In my opinion, there is no one-size-fits-all calculation for staffing a surveillance operation. Each casino operation is different, and there are numerous operational factors that should be considered. The efficiency and effectiveness of a surveillance operation is more often related to team leadership, excellent training programs, motivated individuals, good pay, individual accountability and a performance-based culture. I don’t subscribe to the “more staff is better” theory. Give me one hand with four aces over two hands with a pair of aces any day.

Another benefit of centralized surveillance is the familiarity that gaming managers have when interacting with the same surveillance department. When an organization opens a second property, the new casino management team is usually made up of transfers and promotions from the old property.

Often, the interaction between casino management and surveillance during a new casino opening can be difficult, especially if new staff have been hired. When casino managers already have an existing rapport with surveillance staff and are familiar with how the surveillance operation “works,” the communication during the transition period is a lot easier.

Even if they can attract experienced surveillance people, some find the professional and personal adjustment challenging. In a number of cases, importing experienced help does not work out, and the surveillance department is left in a state of flux. The inexperienced people are forced to teach themselves. It is important in today’s environment to retain and develop good people, as it is very difficult to find good professionals.

The second scenario was examined in detail at the 2010 Surveillance Directors Academy at the University of Las Vegas International Gaming Institute. Our students (surveillance managers) were divided into teams and given the week to prepare and present a case for and against outsourcing casino surveillance to an outside group of surveillance and game protection experts in Las Vegas.

The team presentations at the end of the course were spirited. Obviously, the thought of outsourcing their job to someone else is a tough pill to swallow. As you could imagine, the debates were passionate. As a moderator of the project presentations, I enjoyed the passion and well-thought-out points for and against outsourcing casino surveillance to an outside company.

In conclusion, I felt that the business case for outsourcing a casino’s entire surveillance operation was definitely tough for an accountant not to look at; however, the idea wasn’t practical.

For me, the most convincing argument by the group was that the day-to-day service that surveillance provides the casino would probably suffer. An outsourced service would have many casinos on the books that they would have to service. For a 24-hour casino operation, that would be unacceptable. The students also felt strongly that an outsourced surveillance service would not have loyalty, rapport and familiarity with the property, cameras and “local ways.” I think they are right.

The final scenario is outsourcing a third-party service provider to monitor or review “special situations” over the internet. This scenario is already happening. Casinos are calling on external game protection and security experts for second or third opinions. Experienced, reputable consultants can assist and supplement existing casino asset protection programs through their wide network of intelligence sources and objectivity. From a cost perspective it’s expert advice “on demand.”

Is remote surveillance the future “eye in the sky,” or is it “pie in the sky?” Most casinos haven’t considered it. Some are considering it. A few in Macau, Las Vegas and Canada have done it.

Remote surveillance or centralized surveillance is definitely worth considering for casino organizations that are looking to build a new property in the future. In the past 12 months, a number of casinos have done the numbers and like what they see. Remote surveillance may just open all of our eyes.