Have the Philippines become the online gaming capital of Asia? 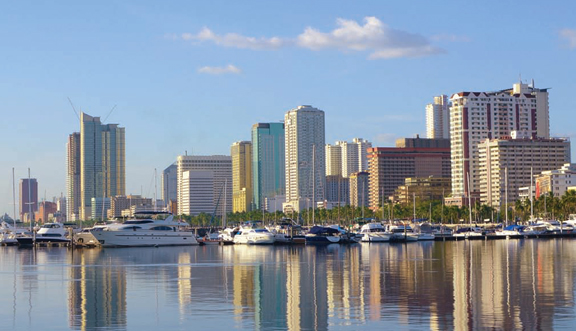 Online gaming has been on the radar of mainland Chinese authorities over the last six months, as they seek to stop online operations in Asia. They are particularly focused on online gaming markets in Cambodia and the Philippines, which are suspected of targeting Chinese nationals. 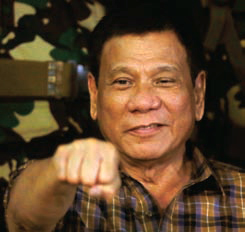 In 2016, online gaming in the Philippines was officially moved under the auspices of PAGCOR, creating a new mode of licensure for Philippine Offshore Gaming Operators (POGOs). Since then, the online gaming market has continued to grow at what some may call exponential rates. POGOs primarily provide table games, especially baccarat, that are streamed from live dealer studios, with one game serving as many as 500 online players.

While this form of gaming is available only to players located outside the Philippines, the POGO operations themselves are predominantly centered in the Makati City area of Manila, and are rapid expanding into other parts of the city.

There are currently 60 POGO licensees and more than 219 accredited service providers. These service providers allow for various functions of a POGO operation and fall into one of six categories:

Each accredited service provider must be sponsored by an existing POGO licensee but is permitted to work for multiple licensees provided that it has permission from the initial sponsor.

Employment in the POGO market is significant; PAGCOR acknowledges that a minimum of 130,000 foreign workers are employed in the industry. Strategic support providers and customer relations service providers account for the majority of foreign workers and the bulk of POGO-related operations. Strategic support providers operate the back-office support of POGO operations to ensure they are running smoothly. Customer relations service providers serve as the face of the industry through the recruitment of new players, communication with existing players, and addressing any payment/credit issues that may exist among other services provided.

PAGCOR Chairwoman Andrea Domingo estimated earlier this year that POGOs would generate PHP8 billion (US$157 million) in gaming tax revenues in 2019 (from 2016 to 2018, PAGCOR took in PHP12 billion, or US$236 million, indicating rapid growth in the industry). However, industry experts believe the numbers to be higher as a result of non-compliant POGO operators that have not reported revenues or paid taxes.

Several POGO operators were temporarily shut down during the past six months until settling previously unpaid corporate and income taxes or agreeing to a payment structure to cover the deficit in a reasonable time frame. One of these operations was a larger accredited service provider that employed more than 8,000 employees. The front doors of its operation were padlocked until the taxes were paid.

Impact on Other Industries

POGO operations have had a significant impact on the real estate industry—both commercial and residential. In terms of commercial development, the growth of commercial office space in Manila is primarily attributed to the growing size and number of POGO service providers. These operations include everything from live-dealer operations to customer support services.

In fact, the space constraints in the market are so significant that new development cannot come quick enough to handle this growing segment of the economy. POGO operators are literally asking brick-and-mortar casino operators to lease out a portion of their existing parking garages to accommodate POGO operations.

The residential market also has seen an impact with the influx of foreign workers, some of whom are in the Philippines on legal work visas while others have extended their tourism visas to stay and work. POGO operators lease out facilities to house multiple workers within a residence, whether in neighborhood housing or in condos within high-rise buildings. With multiple foreign workers residing within small condos interspersed among single-family residences occupied by local families, the impact on the community structure within these neighborhoods has been significant. Estimates have been floated in the range of hundreds of thousands of Chinese nationals that are largely filling this influx in real estate.

One of the sectors most hurt by the rise of POGOs has been the BPO industry, which is critical to the overall economy of the Philippines. This segment has seen rising rents and a lack of available space to expand their current operations.

“The POGO industry has completely changed the direction of the real estate market in the Philippines. The market was heading towards over-supply, and now it’s the complete opposite,” said Morgan McGilvray with Santos Knight Frank. “POGOs tend to pay above-market rents. This makes them attractive to developers, especially when leasing out large amounts of space.”

Focus from the Inside

In addition to increasing pressure from China, POGOs are now coming under scrutiny from the inside. This stems from two different areas of the government: the bureaucracy and the political class.

The focus has been on a host of issues ranging from tax revenue to accusations of human trafficking, prostitution, money laundering, and other unscrupulous behavior. The bureaucracy has fallen under more scrutiny despite several different government departments fighting to bring legitimacy to the market. These include the Central Bank, the Department of Labor and Employment (DOLE) and the Bureau of Internal Revenue (BIR), all of which play a role in operations and oversight of POGOs.

The Central Bank of the Philippines continues to focus on financial compliance issues including anti-money laundering (AML) efforts. With POGO operations attracting players from jurisdictions across Asia, the Central Bank wants to ensure compliance with all financial regulations including the detection of any money laundering activities. It continues to refine these procedures to offer the same standards and best practices across all online operations in the Philippines.

DOLE handles all the labor and employment issues. In order to begin working at a POGO, a worker must obtain the right visa and paperwork to become eligible as a foreign worker in the Philippines. Through this process, DOLE now faces two problems: one is a backlog resulting from the influx of foreign workers, and the other is the number of operations that have dodged the process in order to sustain the high level of growth in their operations.

The Bureau of Immigration has started to increase its level of enforcement, as some legislators have claimed that there are as many as 400,000 to 800,000 foreign workers, mainly Chinese nationals, employed by these operations.

The BIR has largely been focused on ensuring that revenue is generated legitimately and properly. While PAGCOR is focused on the revenue from gaming, BIR is focused on corporate taxes, income taxes, and other related taxes. As previously mentioned, BIR has already suspended or shut down several providers for tax evasion.

The Future of POGOs

The Philippine gaming market overall has always garnered the attention of the global gaming industry, especially with significant integrated resort development over the past several years. The focus is now two-fold as online operations are both a revenue driver and a source of controversy.

POGOs do not appear to be going away anytime soon. While they have faced their challenges from both internal and external sources over the last several months, this is an industry that’s just starting to grow and build on the growing demand for gaming throughout Asia.

But the Philippines still must overcome several challenges in order to become a respected online gaming market. The balance is delicate between the bureaucracy that is tackling internal challenges and the political class that has the potential to kill the golden goose.

If done right, an online gaming market can compete effectively and bring in new customers while also driving patrons to land-based operations. Although the large Philippine integrated resort licensees do not hold POGO licenses, many junket operators in the country are tied to POGO service providers, offering a bridge between the land-based and online markets. That said, junket operations are already facing scrutiny from the Chinese government on their own, and this bridge may not be so stable.

Either way, the Philippines must be closely watched as it continues to develop and potentially stake its claim as an online gaming capital in Asia. The biggest concern that remains should that not occur would be what happens if POGOs were to go away.