An international iGaming industry may be the only option 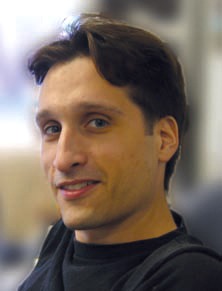 It has been suggested that the sputtering young U.S. iGaming industry will not reach its potential until an interstate model is in place, but a 2005 ruling from the World Trade Organization’s Appellate Body could signal that merely opening up state borders won’t be enough.

Could it be that participating in the global market is, rather than a distant reality, necessary for the survival of the domestic industry?

Political maneuvering has yielded some interesting alliances throughout the 19-year history of internet gambling, and in that vein, it’s conceivable that the WTO’s position on U.S. iGaming policy could provide hefty new support to opponents of the industry. That is, if the lingering WTO dispute between the United States and Antigua and Barbuda rears its head again, the recording, television, software and motion picture industries might have a significantly heightened interest in the future of iGaming.

The WTO dispute dates back to 2003, when Antigua asked the organization to rule on whether the United States’ restrictive treatment of internet gambling was inconsistent with commitments made pursuant to the WTO General Agreement on Trade in Services (GATS). Antigua’s once-thriving iGaming industry had been devastated by U.S. efforts to sever foreign iGaming operators’ access to the U.S. market, and the island nation essentially wanted the WTO to pressure the United States to open its borders.

Antigua got the answer it wanted in 2005, when the WTO Appellate Body ruled that the United State indeed violated its GATS commitment and that it must open up its borders to Antigua-licensed iGaming operators.

The United States responded to the WTO ruling by withdrawing from its specific commitment to market access to foreign gambling services, and Antigua sought alternative measures for dealing with what amounts to U.S. noncompliance.

To recoup damages, Antigua requested from a WTO arbitrator authorization to suspend obligations to the United States under GATS and the Agreement on Trade Related Aspects of Intellectual Property Rights (TRIPS). A resolution finally came in December 2007 with a WTO arbitrator authorizing Antigua to suspend its TRIPS commitment, essentially allowing Antigua to sell U.S.-copyrighted material with no compensation to the owners of the rights.

To date, the threat that authorized piracy poses to their businesses has been relatively insignificant because Antigua’s annual restitution is limited to $21 million from sales of pirated material.

The arbitrator’s decision in principle spelled victory for Antigua, but the devil is always in the details. Antigua asked the arbitrator to authorize suspensions of commitments to the extent of recouping $3.4 billion annually, a figure drawn from research and projections made by industry analyst Global Betting and Gaming Consultants (GBGC) and based on the assumption that the WTO’s 2005 ruling covers all types of cross-border gambling.

At the time of the Appellate Body’s ruling, however, horse racing was the only type of gambling allowed over the internet in the United States. The United States thus argued that the 2005 ruling covers only access to the horse-racing market. With that, the United States turned to GATS Article XXIV, which allows WTO members to make general exceptions to their GATS commitments for a variety of reasons.

All of these factors combined brought the arbitrator to the amount of $21 million—not a major bother for U.S. copyright holders.

Nearly seven years later, the “solid ground” could be crumbling. Antigua is looking at legislation that will clear the way for launching a website where visitors can purchase pirated U.S.-copyrighted material, and if the WTO were to revisit the matter, the annual restitution figure could blow up way beyond $21 million.

With New Jersey, Nevada and Delaware authorizing regulated internet gambling—and more jurisdictions certain to join the club—it’s safe to say that the line can no longer be drawn at horse racing. Further, the DOJ’s 2011 opinion letter stating that Wire Act (of which the 2006 Unlawful Internet Gambling Enforcement Act is an extension) prohibits only sports betting lends additional support to the argument that the exceptions to the United States GATS commitments are no longer limited to horse racing.

Add to all this the prospect of additional iGaming jurisdictions taking similar WTO measures, and large, influential corporations dealing in copyrighted material might see the need to be more involved in the political process.

If the “Pirates of the Caribbean” open their doors to business, the United States could be expected to counter the WTO compliance measures by providing market access conditioned on satisfying unattainable regulatory standards or perhaps by taking measures to block the movement of money between pirate sites and U.S. consumers (taking a page out of the iGaming enforcement book).

But, even if these tactics are successful, one can only assume that the headache of enforcing the payment-blocking measures and the prospect of Antigua selling U.S.-registered intellectual property to the rest of the world would hardly be palatable for the Sonys and Microsofts of the world.

Add the haunting prospect of a successful challenge to the Professional and Amateur Sports Protection Act (PASPA)—and the subsequent possibility of legalized online sports betting in the United States—and the $21 million figure becomes a tiny fraction of the total entitlements to foreign online gambling jurisdictions.

All this supports the notion that the WTO wrinkle could hurt momentum toward regulating the U.S. iGaming industry, but a wider view of the matter might suggest that it will simply alter the course of progress. That is, the WTO thorn could ultimately accelerate the end game of U.S. participation in an international model.