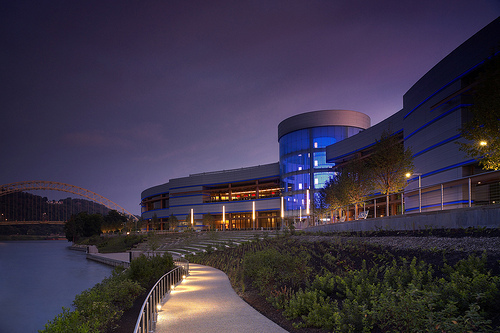 To objectively assess the future of the gaming industry, one must look back at its recent trajectory. As Frank Fahrenkopf, president and CEO of the American Gaming Association, reminds everyone, in the past few years our industry has experienced a “double whammy.” We all remember the heady days of the mid-2000s, but that dream ended in late summer 2008.

Painful as it may be, Fahrenkopf advises to consider gaming’s recent history.

“First, it was the downturn in consumer discretionary spending,” he recalls. “When you have vast unemployment, people are no longer spending. You could be running a restaurant in Chicago or a hotel in Omaha, and you’d be affected. But the second shoe to fall—the double whammy—was the liquidity crisis that hit in September 2008.”

“There are hopes right now for a growing GDP in the U.S., but employment is a lagging indicator,” Fahrenkopf continues in his evaluation of the industry. “Las Vegas Sands, MGM and Wynn Resorts are in Asia; Macau is booming. Their Asian properties are helping those companies work their way out of any challenges they’ve been facing domestically.”

During the Legends in Gaming panel at November’s Global Gaming Expo, there was resounding agreement that the growth of Asian gaming is not cannibalizing American activity, but rather growing the global gaming pie just as Atlantic City’s emergence in the late ’70s-early ’80s ultimately boosted nationwide interest in Las Vegas.

Some suggest that the gaming market in the United States is saturated, but as Fahrenkopf commented during the same Legends in Gaming panel at last fall’s G2E in Las Vegas, “I can go two blocks in any direction from my Capitol-district office and find a Starbucks. Is the coffee market saturated? When people stop going, yes, but not yet. Same with gaming.”

Early on, some argued that online gaming would cannibalize revenue from brick-and-mortar establishments, but industry observers as well as operators say that if that cannibalization were going to happen, it would have already occurred, given that an estimated $7 billion to $10 billion is currently being wagered by U.S. citizens in online poker alone.

That said, while online gaming and Asian activity are purely incremental to U.S.-based bricks-and-mortar gaming, it’s clear that as additional states open up gaming, those that had long been growing fat off the customer base from their formerly non-gaming neighbors are now seeing that gravy train come to a screeching halt at the state line.

One need only look at how Atlantic City has been affected by the legalization first of slots, and most recently of table games, in Pennsylvania. When Fahrenkopf noted that the gaming industry as a whole had been affected by the “double whammy” of decreased consumer discretionary spending and the liquidity crisis, he labeled the legalization of gaming in Pennsylvania as a “triple whammy” for Atlantic City.

While perhaps a “triple whammy” for some states, for consumers, new gaming locales bring with them an increase in the quality of the gaming product, as legacy casinos upgrade to remain competitive. Troy Stremming, senior vice president of government relations and public affairs at Ameristar Casinos, says, “Ameristar believes competition is a good thing. It brings a better product to the consumer, and companies develop better and more interesting products.”

Stremming sees the online environment as an extension of the offline, offering incremental competitive opportunities.

“Online gaming has a future in our industry,” he says. “It adds to the gaming experience, and smart operators will adapt. They will find a way to grow the experience in both of those arenas. Maybe I take a good customer that comes to the casino and enhance that by offering him something for an online environment and vice versa. What online gaming cannot do is replace the social interaction that draws many of our customers to the brick-and-mortar facility.”

Industry analyst David G. Schwartz, the director of the Center for Gaming Research at University of Nevada-Las Vegas, agrees with Fahrenkopf: Just because the web is worldwide does not mean that online gaming will be immune to state lines. In fact, both observers predict that online gaming will use the technology that already exists to use track a computer’s location via its IP address and enforce online gaming regulations by geography.

Stremming’s counterpart at MGM Resorts International, Alan Feldman, senior vice president of public affairs, says that as gaming operators, “we need to have the ability to compete where our customers want us to.”

Observers and participants alike talk about the regulation of gaming, and how it expands or limits gaming operations, but they also talk about necessity being the mother of invention, and some of the creativity they’re seeing within the industry.

MGM Resorts International has launched MGM Resorts Hospitality as yet another way to compete where their customers want them, and to diversify their traditional U.S. and Asian hotel-casino offerings. The concept behind MGM Resorts Hospitality is, as Feldman says, to “provide brands and development expertise to others who have land but are not necessarily hotel developers or managers. We have about a dozen of these agreements now, primarily in India and Asia, but we are also looking in other parts of world and the U.S. The ability to deliver great consumer brands is very appealing.”

Schwartz cites operators becoming more creative in astutely targeting certain demographics as well. For years we have witnessed casinos modifying their amenities with the token Asian restaurant or maybe the addition of some tamales to the buffet line, but Schwartz recognizes Herbst Gaming for very smartly offering Spanish-language dealers who are driving excitement and revenue among the growing Hispanic customer base playing in Primm, Nevada.

At the other end of the spectrum, while most operators are closely monitoring revenue per square foot, the Cosmopolitan of Las Vegas opened in December with a new take on the gaming floor that is not directly revenue-generating: a lounge where patrons are encouraged to loiter and play old-fashioned board games such as Monopoly and backgammon. This lounge is cleverly situated, however, at the hub of the property’s spokes of restaurants, and one might imagine incremental take-out revenue being generated by patrons who aren’t willing to give up their Monopoly on Boardwalk to leave the property for dinner.

At the end of the day, it’s back to basics for casino operators. If gaming is to expand domestically, there must be a favorable regulatory environment. Smoking restrictions, tax structure and the number of gaming licenses in a given jurisdiction are just a few of the considerations.

Shopping for a Solution

Currently, there are a number of state and local governments in financial difficulty. When that happens, they tend to look at the gaming industry as a possible savior. Government can cut spending, which isn’t very desirable, or raise taxes to generate revenue in the state treasury, but that’s counter-productive because it suppresses economic development and job creation. How about a new source of revenue?

MGM’s Feldman recounts an amusing scene from a recent House subcommittee hearing in Florida in which a representative gave members an overview of the dozen or so types of gaming that currently exist in Florida. When the speaker finished, the chairman of the committee replied, “Well, I’m so glad to hear we don’t have gaming in Florida.”

“Gaming operates on a very sensitive business model,” Stremming says, “that can be disturbed quite easily by changes in the regulatory scheme. Regulators for the most part have been very sensitive to that during expansion in an existing market. Iowa and Missouri are great examples. In the latter, a lot of attention is given to allocating the 13th and final license to an underserved market.”

“As happened in the late ’80s-early ’90s, many of the states in the Midwest turned to the casino industry,” he points out. “Having a gaming license is a privilege, not a right, which allows for charging higher taxes, Also, gaming requires a lot of labor but not a lot of training, which is great for states, because that’s a group of workers that are often hard to employ. And besides, gaming is a clean industry—not a lot of pollution.”

If it is approached like a real business, Stremming says gaming can become a spectacular success.

“When we are treated like every other legitimate, streamlined business across the U.S., it allows us to prosper, invest and grow,” he says. “When our industry grows, it also grows revenue for the state and provides great jobs. The critically important issue is to operate in a stable business environment.”

How can members of the casino industry help grow the business? Support research and dissemination of credible evidence, foster enlightened regulatory reform, hold politicians and journalists responsible for telling the truth, and respect the overriding common interest we share as colleagues in the gaming industry.

Where is the industry going? What do you see with your crystal ball?

Industry analyst Schwartz says, “At best, it’s very unpredictable. If gas prices go up, it kills the driving market, and ultimately spills over into the airlines.”

Fahrenkopf reminds us that employment is a lagging indicator, and as such, discretionary spending will take even longer to bounce back.

When a new gaming facility opens nearby, Fahrenkopf likens it to a new mall opening up, with a new shoe store and a new movie theater. What is the impact on the comparable existing stores? Really, it depends on the quality and differentiation of the existing offerings. In the case of Pennsylvania’s impact on Atlantic City, how can the city take advantage of its unique assets—the ocean; the Boardwalk?

But we’re preaching to the choir.