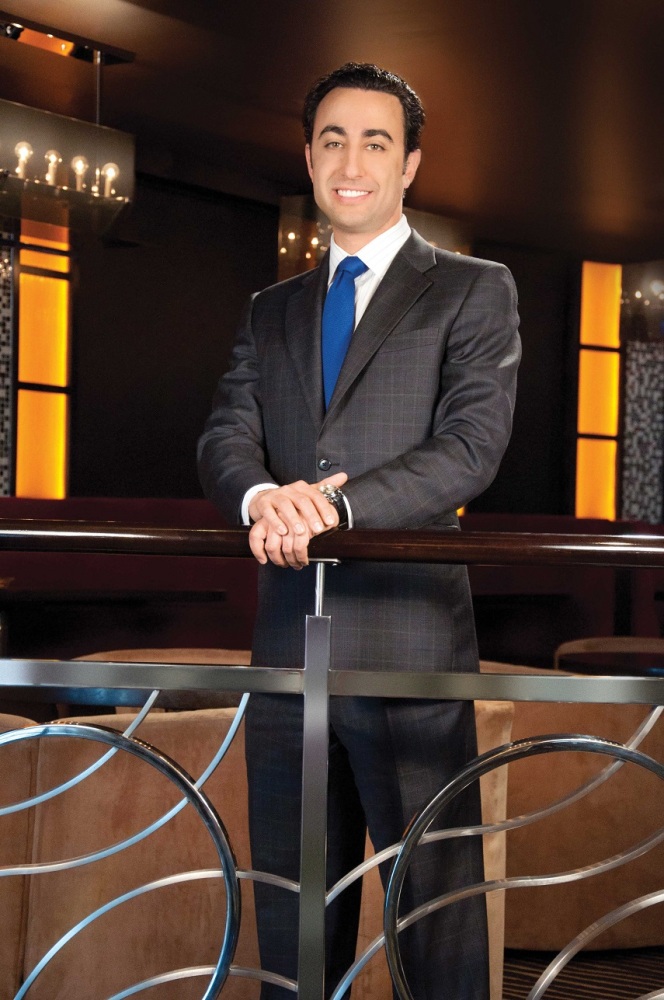 David Farahi truly understands what it means to work hard to achieve success. When he returned to Monarch in 2007 to begin his professional gaming career, the company was at its peak. Shortly after, the gaming industry took a huge hit, reflecting the pains of the economic recession. Farahi’s tenacity was truly put to the test at this point, as the company was struggling to keep gaming revenues from falling.

As Farahi recalls, “Essentially, we had to run really fast to stay in the same place… ‘Flat’ was the new ‘up.’” Farahi notes this time period as the most difficult challenge he has experienced in his career thus far.

After several years of giving his all, Farahi was chosen in April 2012 to lead the integration of the company’s first acquisition, Riviera Casino in Black Hawk, Colorado. Under his guidance, an existing group that lacked true company culture was transformed into a team that now exhibits strong culture and an unbreakable bond.

With his team by his side, Farahi was able to grow the property’s EBITDA by 55 percent in the first 14 months of operation. Although he has many moments to be proud of in his eight years as a gaming professional, Farahi specifically thinks of this time as being the most memorable. “Looking back on it, I am most proud of helping build and being part of the team that achieved such success.”

Prior to his professional career in the gaming industry, Farahi attended the Moshe Dyan Center for Strategic Studies at the University of Tel Aviv. He then earned a bachelor’s degree in economics and political science from Northwestern University and achieved a master’s degree in business administration from Columbia Business School.

Farahi has also won several accolades, such as the Reno Gazette’s 20 Under 40 Award and JEWISHcolorado’s Young Leadership Award.

Now, as chief operating officer of the Monarch Casino Resort, Farahi is looking toward the next 12 to 18 months. Farahi is most excited to see the transformation of his hometown, Reno. The term “Renossance” has been coined to describe the rebirth of the city, which has recently been recognized in a Wall Street Journal article as a booming site for manufacturing.

Due to this shift toward manufacturing, which began following the economic recession, the unemployment rate in Reno fell from a high of 14.7 percent in 2011 to a post-recession low of 6.1 percent in August 2015.

With thousands of jobs anticipated to come from the introduction of several manufacturing firms, Farahi and his team at the Atlantis Casino Resort Spa are “ready to take on the growth while still being the locals’ favorite.” While he is excited to experience these changes from a business perspective, he is also looking forward to seeing how his hometown will be transformed from when he was a child.