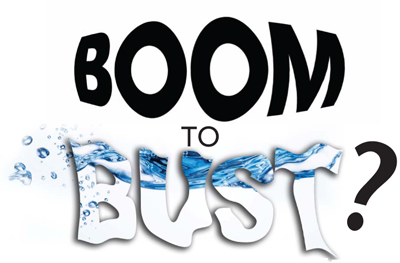 When a landmark 1987 U.S. Supreme Court ruling and congressional legislation the following year launched what is today a billion American Indian casino industry, indigenous leaders warned that the opportunity for economic success would likely be brief.

Indian leaders and their legal consultants cautioned that justices who in California v. Cabazon Band of Mission Indians upheld the right of indigenous governments to operate casinos on tribal lands could just as easily turn against tribal sovereignty.

They also lectured Native America that federal bureaucrats and the same Congress that enacted the Indian Gaming Regulatory Act (IGRA) had historically proven to be unpredictable, if not punitive, when it came to federal Indian policy.

Finally, there was a nagging paranoia throughout Indian Country that a nation that had once denigrated its indigenous people would not readily accept social and economic progress on Indian lands without demanding a piece of the action.

The mantra of Indian governments in the early days of IGRA was to diversify their economies in anticipation of the eventual demise of tribal casinos. They saw the threat as coming through the courts, Congress, changes in federal Indian policy or, perhaps, states legalizing commercial casinos.

“There is no longer the notion of tribes pulling themselves up by the bootstraps,” Ron Allen, chairman of both the Jamestown S’Klallam Tribe and Washington Indian Gaming Association, said in 2007. “Now the notion is, ‘Why should tribes get all the gold in them there hills?’

“It’s OK for tribes to be poor. Now that some of us are well off, that is unacceptable.”

The Supreme Court, which in the 1970s and ’80s supported tribal sovereignty in an era of Indian self-determination, has under Chief Justices William Rehnquist and John Roberts railed against indigenous governments.

Rulings in Carcieri v. Salazar in 2009 and Salazar v. Patchak in 2012 have seriously impacted the ability of tribes to place land in trust for gambling and other purposes.

Meanwhile, a growing number of those in Congress angry at what they perceive to be an unwarranted proliferation of tribal casinos are threatening to enact legislation to limit the fee-to-trust process.

But neither the courts nor Congress can be entirely blamed for the fact the double-digit growth that once defined Indian gambling has since 2007 crawled to a near halt.

Instead, it appears tribal operators of many of the more than 425 tribal casinos in 28 states are faced with a maturing, if not saturated, gambling market. They have become victims of their own largesse.

The figures are telling.

After nearly two decades of double-digit growth following the enactment of IGRA, annual gross gambling revenue has increased only $2 billion since 2006, according to audits by the National Indian Gaming Commission (NIGC), the federal regulator of tribal casinos.

The 2012 figures continued a year-to-year growth trend of less than 4 percent since 2007, and it threatens to stay at that level or lower for the foreseeable future.

Meister’s report also stated there was only one more tribal gambling operation in 2012 than the previous year. Meanwhile, NIGC in 2012 audited 425 casinos, just 20 more than in 2008.

The slow growth in the tribal casino industry is alarming because gambling revenues are used to subsidize government programs.

“I wouldn’t say gambling is a dying industry. But it’s certainly a maturing industry. And tribes need to be prepared,” says Dante Desidario, executive director of the Native American Finance Officers Association (NAFOA).

While tribal government gambling remains a viable revenue source, the mantra of diversification that rallied Indian governments two decades ago has a greater sense of urgency.

Many tribes are pursuing gambling-related developments such as hotels and convention facilities and retail and entertainment options.

“It’s an absolute logical next step,” says Kristi Jackson, vice chairman of Tribal Financial Advisors (TFA), an independent investment bank. “When dollars are continuing to come in … why go into another business?”

The Santa Ynez Band of Chumash Indians is planning a new hotel at its Santa Barbara, California casino.

The Nottawaseppi Huron Band of the Potawatomi hopes to develop a water park, bowling alley and office complex adjacent to its FireKeepers Casino in Battle Creek, Michigan.

And the Poarch Band of Creek Indians of Alabama is partners in a $24 million hotel in Pensacola, Florida.

Other tribes—most notably the Oklahoma Chickasaws, Seminole Tribe of Florida and Mohegan and Mashantucket Pequots of Connecticut—are venturing into commercial gambling.

Expansion of gambling-related business enterprises is not construed by many to be true economic diversification.

“If gaming is the core business and all of a tribe’s investments are as an outgrowth of the core business, that’s not really diversification,” says Katherine Spilde, chair of the Sycuan Institute on Tribal Gaming. “It’s creating different departments in the resort gaming model.”

But diversification away from gambling is not easy.

“It’s hard, when you’ve got something that’s working—that you know all about—to turn your attention and resources to another business you know nothing about,” says John Tahsuda, principal in Navigators Global. “When you’re the elected leader of a tribe, it can be politically risky to get involved with something that doesn’t pan out.”

“It’s hard to make diversification happen when there is a group of people (such as a tribal government) that has to make the decision,” Jackson says. “But when you start to see cash flow fall—that the casino business has peaked and you’re starting to spend more marketing dollars to get people through the door—you start to feel more pressure to diversify.”

Desidario says tribes can use the cash flow from gaming to determine the next steps.

“Because of gaming, there are resources available that we hadn’t had before to be able to diversify,” Desidario says. “It’s a maturing industry, and now what’s the next step? What are the industries that fit with a tribe’s identity that they would want to focus their efforts on?”

Slow to No Growth

The impact of the slowing growth in the Indian gambling industry is impacting most of the 366 tribes in the lower 48 states, 247 of which operate casinos and some 60 others that share in the revenues.

“There’s a refocusing on tribal budgets, determining which programs are sustainable,” Jackson says. “There’s a need to re-evaluate spending, making sure resources are being allocated appropriately.

“A fair number of tribes are recognizing that gaming is what it is; they are no longer going to get 20 percent year-over-year growth.

“As a result, they need to think through which government programs in place are necessary, which are self-sustaining and which require increased funding, making sure their prioritizations are right.”

The overall picture is not bleak, by any means.

“Certainly, new properties coming on line are rare,” Spilde says. “We also have properties closing. But there’s still an incredible amount of improvement in Indian Country.”

While the number of wildly successful tribal casinos is limited to a few dozen urban gambling resorts, larger, rural tribes in the Midwest, Southwest and Great Plains with small, marginal operations have also seen significant economic and social improvement over the last two decades.

Depending on their demographic profile and other factors, tribes generally have adopted three economic strategies, Spilde says. Some have turned to natural resource and traditional and renewable energy development, while others contract for goods supplied to federal agencies such as the Defense Department.

Still others leverage their governmental status and civil regulatory authority.

“Obviously, the biggest example of that is gaming,” Spilde says, with tobacco sales still a major business endeavor.

“All these tribes are making significant capital investments in their communities,” she says. “They are investing in health care and education and housing. It’s not the same as commercial gaming.”

Gambling and other tribal enterprises have afforded a largely economically deprived Native America with a great deal of business acumen, financial literacy and political and legal expertise.

“It’s a huge generalization, but there is more sophistication now among tribes because most of them have been through at least one round of financing,” Jackson says.

Meanwhile, there remain opportunities for gambling growth in Indian Country.

States such as Alabama, Alaska, Nebraska, Montana and Kansas which are currently limited to Class II, bingo-style gambling can with state approvals expand to more lucrative Class III, casino-style gambling.

“The notion that the tribal gambling has plateaued is not truly accurate,” Spilde says.

The tribal casino market is subject to artificial restrictions that do not affect commercial gambling, Spilde says, such as tribal-state compacts that limit the number of slot machines.

Changes in federal Indian policy, a congressional “fix” to the Carcieri and Patchak rulings and tribal-state compact renegotiations also can impact the industry.

But there are a number of forces working against tribes, not the least of which is the potential competition from commercial casinos in Florida, New York and elsewhere.

“The Bush administration was not in favor of taking any land in trust for gaming, especially off-reservation land,” attorney George Skibine, a former high-ranking Interior official, told attendees of the International Masters of Gaming Law (IMGL) conference last April in San Diego.

But tribes remain hampered by Congress’ failure to get a legislative “fix” to Carcieri, which limits the ability of Interior to place land in trust for tribes not “under federal jurisdiction” with passage of the Indian Reorganization Act of 1934.

IGRA generally restricts gambling on newly acquired lands beyond existing reservations to those tribes recognized when the act was passed in 1988, requiring that the projects don’t harm surrounding communities and are approved by the state governor.

Critics in and out of Congress, including some casino tribes, lump all IGRA exceptions into the misleading category of “off-reservation gambling,” claiming abuses of the law and federal policy by Indian groups backed by moneyed developers constitute “reservation shopping.”

Whether IGRA and the federal fee-to-trust system have been abused is subject to interpretation.

While a number of Interior rulings on gambling on newly acquired lands have been controversial, Meister said Interior has approved 62 IGRA land/trust exemptions since 1988, of which 45 have resulted in the development of tribal casinos. That represents about a tenth of the nation’s Indian casinos.

“Overall there have not been a huge number of applications that have been approved,” Meister told IMGL delegates. “It’s something, but it’s not a vast majority of what has developed in Indian gaming.”

Since President Obama took office, Interior has ruled on 21 applications to place land in trust for casinos, approving 14 and rejecting seven.

There are currently 18 applications for casino land that fall into both the “off-reservation” and “equal footing” IGRA exemptions.

Congressional critics—notably Senators Dianne Feinstein of California, Charles Schumer of New York and Sheldon Whitehouse and Jack Reed of Rhode Island—have blocked efforts to legislate a remedy to Carcieri, seeking a halt to what is already a stagnant tribal casino market.

The congressional stalemate angers tribal leaders who note that casino land/trust applications have comprised only a small percentage of the nearly 1,500 fee-to-trust applications processed by Interior in the Obama administration.

“When the Obama administration came into office one of the priorities clearly was to take land into trust, not necessarily for gaming,” Skibine says.

Along with crippling the federal land/trust process for non-gaming reservation developments, Carcieri and Patchak, which extends the period lawsuits can be filed on fee-to-trust decisions, “largely impact greenfield (casino) projects,” Jackson says.

“Of course,” she says, “there are not too many of those.”