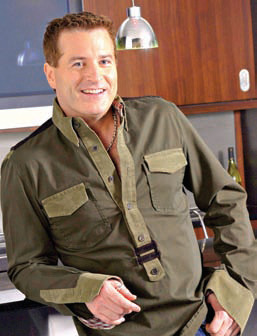 In a long-expected move, last month the U.S. Department of Justice handed down indictments against four Bodog executives, including founder Calvin Ayre, and shut down the website Bodog.com. The Costa Rica-based Bodog was one of the most flagrant offenders in violating U.S. laws prohibiting online sports betting and electronically transferring money for gambling purposes.

The indictment, which came from the DOJ’s Baltimore office—which also indicted more than a dozen gambling websites last year—alleged that Bodog was sent, via two third-party payment processors, at least $100 million from gamblers based in Maryland by wire and check between 2005 and 2012. The indictment also alleges that Bodog spent $42 million between 2005 and 2008 to lure online gamblers to its website.

In addition to the flamboyant Ayre, James Philip, David Ferguson and Derrick Maloney were also named in the indictment as Bodog operators. They face up to five years in prison for conducting an illegal gambling enterprise and another 20 years for money laundering. None of the four is currently in custody, nor do authorities know where they are. Arrest warrants have been issued.

The complaint calls for more than $3 billion in fines and restitution, and has frozen more than 75 company bank accounts in 14 countries. Investigators say they interviewed a former Bodog official who identified the four indicted officials.

“Sports betting is illegal in Maryland, and federal law prohibits bookmakers from flouting that law simply because they are located outside the country,” said U.S. Attorney Rod J. Rosenstein. “Many of the harms that underlie gambling prohibitions are exacerbated when the enterprises operate over the internet without regulation.”

Bill Beatty, affiliated with CalvinAyre.com, the website run by Bodog’s founder, said the indictment was amusing since the company has been licensing the brand and not operating the online casinos for at least a year.

“Not sure what to say,” Beatty wrote on CalvinAyre.com. “BodogBrand.com is a brand-licensing organization based outside the U.S. The brand left the market last year, and the domain in question has been dormant globally for longer than that. We are only currently doing brand licensing deals outside the U.S., so this domain had no place in any of our current plans.”

A brand licensing agreement with Morris Mohawk Gaming Group expired at the end of last month, but Bodog recently re-launched a new Latvian website, Bovada.lv, which was strictly for U.S. customers. BodogBrand.com and Bovada.lv were still up and active at the end of last week. The company’s European-facing websites, Bodog.eu and Bodog.co.uk, and Asian site Bodog88 also remained operational.

Ayre started the site in 1994 with just $10,000 and built it into an online sports-betting powerhouse, with a largely U.S.-based clientele. He has said that in 2006, he booked $320 million in bets, with a 25 percent profit margin. He flouted attempts by the Justice Department to shut his sites down, challenging a 2005 Justice Department opinion that U.S. media taking advertisements for offshore casinos was illegal by running 12 full-page ads in Esquire magazine. Today, Ayre says he’s in “perpetual motion,” and cites London and Manila as his home bases.

In a statement on CalvinAyre.com, the founder decried the U.S. move, and vowed to continue his “global business enterprises.”

“I see this as abuse of the U.S. criminal justice system for the commercial gain of large U.S. corporations,” Ayre wrote. “It is clear that the online gaming industry is legal under international law.”

The indictment is just the latest in a year-long effort by the Justice Department that started last April 15 with New York indictments against the four largest online poker sites accepting U.S. bets, PokerStars, Full Tilt Poker, Absolute Poker and Ultimate Bet. Later, the Maryland office added more than 10 other sites, including sports betting sites for the first time.