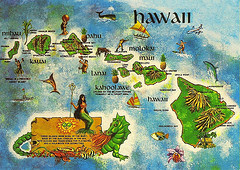 Hawaii, one of only two U.S. states not to allow any kind of gaming, is mulling several bills that would allow casinos or would allow the state to join a multi-state lottery.

Adopting any kind of gaming bill would require amending the state constitution, according to House Tourism Committee Chairman Tom Brower. He plans to poll fellow lawmakers to see if there is any interest in proceeding with any of the bills, which include one that would allow limited gaming within Waikiki.

Senator Will Espero is sponsoring similar legislation on amending the constitution.

Some critics fear that gaming could draw visitors away from the islands’ traditional attractions, such as its beaches and other water activities.

The House Economic Revitalization and Business Committee voted 10-1 to allow offshore gambling on large ships sailing between the Hawaiian Islands. The bill still must be approved by two other committees, a full House vote and consideration by the Senate before it could reach the governor’s desk. Committee Chairman Angus McKelvey said the bill is being amended to require at least 1,000 passengers on a maximum of two ships.