Rivalry between Massachusetts tribes heats up 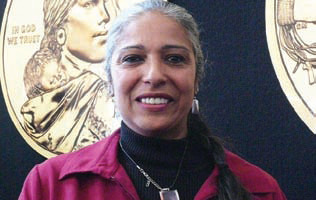 The expanded gaming law that authorizes three casino resorts in Massachusetts in three zones—eastern, western and southeastern—gives a preference to a federally recognized tribe in the southeastern zone, as long as the tribe meets certain qualifications by July 31, including scheduling a host city referendum and negotiating a gaming compact with the state.

The provision was created with the Mashpee Wampanoag tribe in mind as the only tribe that could conceivably qualify. However, a rivalry has been sparked between that tribe and the Martha’s Vineyard-based Wampanoag Tribe of Gay-Head Aquinnah, which claims that it too qualifies for the casino. Only one tribe will ultimately win the prize.

The Aquinnah last month unveiled one of the three sites where it is proposing to build a $200 million casino resort, in Lakeville. The Aquinnah are taking the unusual step of moving forward on three sites in three towns, although ultimately it would settle on one. Freetown and Fall River—where it also has an option to buy land—are the other towns. But the tribe could build a casino on its Martha’s Vineyard reservation. The Mashpees have no reservation.

The Aquinnah released information on adjoining parcels it has optioned in Lakeville and Freetown. The tribe has said it would go forward with its proposal if only one of the two towns supports it, although it would build the casino as far as possible from the town that rejects it. It is also possible that the casino could be built in both towns if both support it, according to a tribal source.

“We’re hopeful that this property’s location is something that the town would be interested in pursuing,” announced tribal Chairwoman Cheryl Andrews-Maltais. The tribe is requesting referendums in both towns, and plans to hold public meetings to give details on its proposal.

The tribe also met with officials of Fall River to give them details of their proposal for that town.

The Aquinnah have requested compact negotiations with the state, and the Mashpees have already begun negotiations for their proposed casino in Taunton. A non-binding referendum in Taunton has been set for June 9. If a compact is not approved by July 31, the southeastern part of the state is opened to competitive bidding from commercial as well as tribal developers.