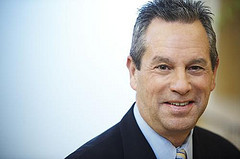 Block joined Isle of Capri Casinos in 2008 as senior vice president of the Isle brand. Previously, he had served as general manager of Harrah’s Entertainment’s St. Louis operation. He also worked for many years in a variety of leadership roles for Argosy Gaming Company, including vice president and general manager of Argosy’s Lawrenceburg, Indiana facility, which for a number of years was the most profitable riverboat casino in the nation. In 2002, Block was promoted to corporate regional vice president of operations at Argosy with full responsibility for Lawrenceburg, Argosy Casino Baton Rouge and Argosy Casino Kansas City.  Prior to joining the gaming industry, Block owned and operated several restaurants and hotels in the St. Louis market.

“Arnie brings nearly 20 years of regional gaming experience to his new role,” said McDowell. “Throughout his career, he has consistently demonstrated his commitment to his customers, his employees, and the communities in which he operated. His entrepreneurial spirit and focus on operational excellence are evidenced in his record in the gaming industry, as well as his background as a former restaurant owner/operator and tourism executive. Under his leadership, our casinos have and will continue to offer an experience that is consistently.