Why Class II games and VLTs depend upon a reliable system 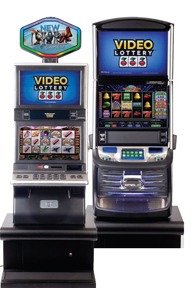 How major companies shake out from prominent 2014 deals determines one of 2015’s top stories. Lottery organizations looking to mirror gaming’s flash and panache must wait for providers to establish their new identities.

The gaming-lottery synergy gained center stage when GTECH’s acquisition of IGT and Scientific Games’ purchase of Bally Technologies developed less than one month apart last year—to the tune of about $8 billion.

“Bing,” the world’s largest provider of lottery systems had teamed with the biggest slot-machine maker in the GTECH deal. “Bang,” instant ticketing systems and gaming-control software joined with casino management systems and gaming-table products, like automatic shufflers, in the Scientific Games development.

And in 2015, industry lottery corporations await the “boom.” Did the merger craze shrink the video lottery terminal provider market or fine-tune it? Will these moves stabilize a gaming industry hit with slower growth, web gaming and consolidation? Can these colossal companies make decisions quickly enough to meet market demand?

Many lottery organizations will soon find out, as they embrace the strengthening marriage to gaming providers. There are fewer vendors to choose from, surely, but lotteries still deal with the industry’s biggest players, who can modernize their VLTs more easily.

It is a big enterprise. The VLTs usually concern government-sponsored lotteries or licensed lottery operators placing video gaming machines in venues across their jurisdictions. These venues include bars, restaurants or gaming centers, as well as racinos or casinos. Video lottery tends to include a multi-game product offering with a variety of play experiences including line games, keno and poker.

With the right connections, the VLT can churn cash like an ATM. And they are practically everywhere.

Under any configuration, GTECH and Scientific Games are prominent VLT players. They bring more muscle and content to the market. Like sports owners brandishing high-priced players, they invested heavily to become dominant market forces.

And the industry awaits their new look.

Scientific Games has a product to match any client preference, says Derik Mooberry, the new chief executive of gaming for the company. The gaming, lottery and interactive divisions of this suddenly massive company fall under his domain.

Mooberry believes the versatility of Scientific Games makes it an enriched powerhouse. The company long had the stature as leading integrated supplier of instant tickets, systems and services to lotteries. The acquisition of Bally gave it a diversified gaming brand with an 82-year history including electronic gaming machines, innovative and entertaining game content, interactive products and computerized monitoring, accounting and player-tracking systems for the global gaming industry.

The new Scientific Games also showcases the strength of WMS, a leading brand in game content and electronic gaming machines for the casino industry. The WMS brand features a broad array of original content and licensed properties. The expanded company also packs punch from the former SHFL Entertainment.

“What’s exciting to us is that Scientific Games is a vendor people can target their conversations with in even greater detail than before,” Mooberry, a longtime Bally executive, says. “We have the means of helping them, whether it is the VLT itself, the monitoring system, the outcome engine, the responsible gaming message, the loyalty app or the media communications device. Look at what’s happening with a very popular game in the lottery world, Monopoly Millionaires. Many people are getting a chance to win $1 million and a trip to Las Vegas next year for a game show.”

Scientific Games continually updates its content and has found increased demand in the area of game security.

“We are getting more global requests for what I would call responsible gaming applications to be placed on top of the monitor,” Mooberry says. “If the customer says, ‘Hey, don’t let me wager more than X dollars or for more than X amount of time,’ the player has the ability to set those parameters to control that level of gaming.”

This safekeeping element is utilized with a card that is placed in the machine. Mooberry says it has begun to emerge in Australia and is not yet being utilized in the United States.

But technology, via cards, is popular elsewhere. In Canada, where all the lotteries and equipment are controlled by provincial governments, requests are being placed for loyalty cards.

“They are interested in the frequent-guest type of things,” Mooberry indicates. “Throughout the casino industry for a long time, we have had the ability to monitor the players. Other products that are now possible occur on the games themselves, via the secondary windows. A customer like the Canadian government can place a message about responsible play. The VLT can essentially become a kiosk and have point-of-play core messaging.”

G as in Giant

The company is rolling. It had approximately 8,600 employees in 100 countries on six continents before acquiring IGT.

Last July, Greek lottery operator OPAP awarded GTECH a central-system deal that will monitor all 35,000 VLTs expected to roll out in Greece over the coming few years. This award reinforces Intelligin’s market-leading position. In a subsequent procurement by OPAP in Greece, GTECH was selected to supply VLTs and VLT content. GTECH’s Central Information System will enable OPAP to connect to the world’s largest VLT manufacturers’ machines through the Game-2-System (G2S) protocol. This is especially significant in the areas of advanced network functionality, including multi-level jackpots and remote game downloading, an integrated responsible gaming solution, advanced business analytics, player services management and proactive diagnostics.

GTECH’s European influence is not limited to Greece.

How important is this relationship to these jurisdictions? The Alberta Lottery has revenues of $1.5 billion. The Manitoba Lottery claims a $340 million economic impact, and funds ventures like Assiniboia Downs racetrack and the Winnipeg Blue Bombers of the Canadian Football League. Other lotteries fund nonprofit enterprises in sports, culture and recreation.

GTECH says its customers are interested in expanding the player base, enhanced marketing and player engagement, and advanced analytics.

With the introduction of game downloading, the company expects game refreshments to be introduced regularly. The most significant potential for customers and their players will be the introduction of a wide-area jackpot to video lottery programs. The launch of Jackpot Fortunato in Italy was a game-changer and a significant driver of play, the company asserts. GTECH anticipates similar results when it launches its first wide-area jackpot in Canada.

The leveraging of products across market segments is a great example of the casino/lottery lines being blurred, officials say. Wide-area progressives have been in casinos for years, but they are just now coming into VLT jurisdictions. Casinos have been studying their floors and players for years to optimize products and content.

The stakes are high for the Oregon Lottery.

Not only does its $1 billion annual operation produce more than half a billion for state coffers, making it the second-largest source of revenue for Oregon behind state income tax collections, but it is upgrading.

Oregon features more than 2,300 retailers and approximately 12,000 VLTs statewide. The lineup represents both an impressive revenue platform and a cause for concern should something disrupt it, since the video lottery product produces about 70 percent of the sales for the entire operation.

The video lottery technology modernization program is designed to maintain video lottery revenue by replacing obsolete technologies with next-generation products. Current technology supporting the operation of the video lottery product has limited ability for development of new games, features and programs and product support with respect to vendors. This impacts the lottery’s ability to remain viable and achieve future revenue forecasts and transfers to the state.

“This is a stepped approach,” Hambelton says. “First and foremost, we need to address technology obsolescence. If there is any type of breakdown, the revenue could be completely wiped out. We also will take the opportunity to invest in a system and terminals with the capability to increase revenue over time. There will be things we will be able to offer that we cannot now, like progressives.”

These new technologies will also provide for enhanced game content, as well as the new features such as a player-user interface window, highlighting the possibility of more integrated responsible game features, player management and loyalty, and even additional content in the form of side games.

Oregon has a central gaming system that manages all VLT transactions for accounting information, sales, revenue information, etc. Each video lottery terminal has its own random number generator that determines game outcome.

And so the competition rages in 2015. The bigger, merged companies want to enhance market share. The lottery officials want to preserve product relevance and grab a piece of the future. And they want it yesterday.

The dynamics for those involved will be interesting, to say the least. Stay tuned.