Big gaming companies all expected to eye the Sunshine State 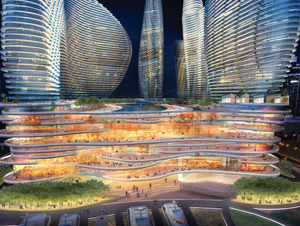 An appeals court decision last month appeared to open the door to major casino resorts being considered in Florida. The ruling affirms lower court rulings that the legislature can decide to implement gaming in Florida without putting the measure before the voters of Florida in a referendum. The last time voters were asked about casinos in Florida, the measure was turned down by a wide margin in 1994.

Of course, many things have changed since then, including the explosive growth of tribal gaming and the approval of racinos in Broward and Miami-Dade counties in South Florida. But a statewide referendum would have made adding casino resorts to the state much more difficult.

State Rep. Erik Fresen and state Senator Ellyn Bogdanoff can now go through with their bills that would allow three casino resorts costing at least $2 billion to be approved in the state.

As the Genting Group of Malaysia squares off against the Las Vegas Sands Corp. to build the first mega-casino in South Florida, other interests large and small are wondering how they can get a piece of the revenue pie.

Genting, which spent about $300 million on 30 acres on Biscayne Bay in Miami, has already unveiled an artist’s rendering of its planned $3 billion destination resort on the property. The parcel (including the site of the Miami Herald building) would include four hotels, two condominium buildings, retail space, a 700,000-square-foot convention center, 50 restaurants and waterfront nightclubs that could be completed within three to five years if the casino giant gets a gaming license.

Without gaming, construction would proceed “as the market demands,” says Genting—that could mean 10 to 15 years before the block is fully developed, according to the South Florida Sun-Sentinel.

Meanwhile, Sands CEO Sheldon Adelson has reportedly found a site in downtown Miami that could house a Miami Sands.

“We have looked at the site and we like it,” Sands VP Andy Abboud told the Herald. Abboud also said the group “is actively involved in negotiations” with the Miami World Center Group, which owns a nine-block mixed-use development in downtown Miami.

Other players interested in a casino license in the region include Wynn Resorts and Caesars Entertainment.