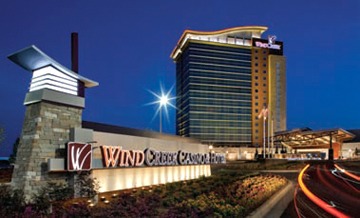 American Indian tribes are expanding and renovating casino and hotel facilities in an effort to bolster a lethargic tribal gambling industry that for many indigenous communities is the primary source of government services to their citizens.

Much of the expansion involves non-gambling amenities such as hotel rooms, parking garages, movie theaters and restaurants, all intended to help tribes cope with a seven-year cycle of uninspiring revenue growth from the casino floor.

Meanwhile, the internet and social media, combined with contemporary entertainment offerings, is increasingly becoming a tool for reaching a relatively untapped market of younger gamblers who, unlike baby boomers, are not enamored with buffets and slot machines.

“The trend I’m seeing is the creative use of facilities and the social media to reach out to new and younger market segments,” says Steve Rittvo, chairman and CEO of the Innovation Group, an international gambling and hospitality consulting and management company. “Part of the reason we’re seeing a decline in casino revenue is the gaming customer is aging. We’re not seeing the younger clientele coming to the casino. Slot machines are not holding people’s interest. At least, not the way they were.”

The industry trends are a reaction to a maturing and sluggish Indian gambling market limited by federal law to largely rural reservations often inaccessible to potential customers. The nation’s 450 tribal casinos are also hindered by tribal-state regulatory compacts restricting the scope of gambling on Indian lands.

Revenue from tribal casinos in 28 states finally reached $28 billion last year, according to the National Indian Gaming Commission, a modest 0.5 percent increase over 2012 and a continuation of a slow growth trend that began in 2007.

“I don’t anticipate dramatic future growth,” Washburn told the senators. “That means we’re going to have to learn to live with the existing amounts of revenue.”

“I shudder to think what Indian Country would look like without the revenue that comes in from Indian gaming,” Washburn said. “No one believes we have enough money to fulfill our trust responsibility to Indian tribes. Indian gaming, much more than our own appropriations, has underwritten tribal self-determination and tribal self-governance.”

The seriousness of the industry slowdown is subject to debate.

“By no means have we accepted that we’ve flatlined, that we’ve plateaued,” Giles told attendees of the recent Global Gaming Expo in Las Vegas.

“We had already begun seeing a slowdown before 2007,” he says, “due in part to maturation, though not necessarily saturation, of the Indian gambling market.”

New casino development has become a thing of the past.

“We haven’t seen as many new projects. There have been a few mostly small ones,” says Charles “Chief” Boyd, principal of Thalden Boyd Emery Architects, a Native American-owned firm.

Despite the lack of revenue growth and new casino construction, most believe tribal gambling remains a vibrant industry.

But industry observers believe it is crucial that tribes expand and improve existing facilities with non-gambling amenities.

Commercial casino companies generate 65 percent of their revenue from non-gambling sources, says Knute Knudson, a vice president of IGT, the nation’s largest slot machine manufacturer. But only 11 percent of revenue from Indian facilities is driven by amenities off the casino floor.

That percentage will likely grow.

“You can’t walk down a hallway occupied by tribal entities without hearing talk about a new hotel, additions to a casino, remodeling restaurants, planning for entertainment ventures,” Knudson says.

“Not all of these projects are going to happen. But some of them will.”

Building Beyond The Casino Floor

• A $100 million hotel tower and 584-space parking garage at the Chumash Casino in Santa Barbara, California, owned by the Santa Ynez Band of Indians.

• A 242-room hotel tower, events center and restaurant at the FireKeepers Casino Hotel in Battle Creek, Michigan, owned by the Nottawaseppi Huron Band of Potawatomi Indians.

Rather than building new facilities, tribes are expanding and renovating existing operations.

“A lot of the early properties need to refresh their image,” Boyd says. “After five or 10 years you need a new feel or look. We’re seeing a lot of that.”

“A facility wears out. It gets old, dated,” Bacon says. “There’s a need to constantly refresh, renovate and refurbish.

“We’re not seeing the greenfield, $200 million project, but there are substantial casino renovations and amenity additions and improvements. There’s a lot of that.”

Boyd designer Nick Schoenfeldt says tribes are drawing on their culture and traditions to distance themselves from commercial operations.

“The effort now is how to make the place unique,” Schoenfeldt says, which includes design elements depicting tribal heritage and traditions. “It’s their way of saying, ‘We are not a commercial gambling place. We have a heritage. We have traditions.’”

Consultants such as Klas Robinson and the Innovation Group work with architects to ensure the amenities are economically strategic and geared to generate more revenue from the casino floor.

The convenience of a garage parking space, for instance, can mean $22 a day in the casino. An expensive, land-intensive golf course, on the other hand, might generate a 7 percent return on investment.

“Parking garages have a huge impact on the gaming floor,” Boyd says. “Golf courses are way down the line.”

The best use of facility space is also an issue. Rather than building a nightclub or ultra-lounge that goes unused much of the day, thought may turn to a multi-use nightclub and meeting room.

“No one wants space they’re only using on the weekends,” Schoenfeldt says. “They want a space that is more productive.”

Movie theaters can be profitable, as the Confederated Tribes of the Umatilla Indians found out when they built the five-screen Cineplex at the Wildhorse Resort & Casino in Pendleton, Oregon.

“They were skeptical at first, but they’ve been extremely pleased with the results,” Boyd says, particularly in that it drew more families to the resort.

More tribes are also exploring “flagging” or contracting regional and national restaurants and partnering on entertainment projects. Hard Rock has been extremely popular in Indian Country.

“You’ve got to reach down to a younger demographic,” Rittvo says. “The facility has to be a little more club-centric and a little less baby boomer resurrection entertainment.

“You’re not seeing the old bands coming in. The industry is taking more of a risk with younger bands, younger entertainment.”

There is no universal trend in a nationwide industry that varies dramatically from one state or gambling market to the next.

“Some tribes are totally open to alcohol,” he says. “Others are grudgingly allowing it but have a history of not being excited about it.”

Casinos are increasing reliance on social gambling internet sites to reach out to a younger clientele.

“These sites are relatively inexpensive to implement, and tribes are finding they are driving more traffic to the brick-and-mortar facilities,” Rittvo says. “The premium rewards are linked to the casino, whether it’s a meal, or a night stay or just picking up a prize.”

Operators are also making better use of premium player databases.

Unlike commercial gambling, American Indian casinos are subject to a myriad of federal and state regulations and political issues.

“As we have seen in tribal gaming since the very beginning, regulatory issues have been overwhelmingly significant,” says Knute Knudson, a vice president of slot manufacturer IGT.

Nearly 240 of 366 federally recognized tribes in the lower 48 states operate casinos, according to the National Indian Gaming Commission. About 60 other tribes share in the revenues.

With some 450 casinos restricted by the Indian Gaming Regulatory Act to tribal trust lands, the market in most states is nearing saturation.

Tribes can only operate casinos in states where they are legal, and only Texas remains a potentially lucrative market.

“There haven’t been a lot of new markets opening up,” says James Klas of Klas Robinson Hospitality Consultants. “There are not a lot of places that don’t already have tribal gaming.”

Yet Klas, Knudson and others believe there are paths to future growth in Indian gambling.

“I think there is opportunity in the future,” Knudson says.

The U.S. Department of the Interior has lifted what was a virtual moratorium on land/trust applications for casinos. The department also is proposing revised regulations on recognizing indigenous groups as tribal governments.

There are 19 current applications from tribes seeking trust land for casinos. And the revised regulations for recognizing tribes could also result in at least a small increase in tribal casinos.

“You can be sure there will be additional tribal casinos because of regulatory issues,” Knudson says.

Economist Alan Meister, author of the annual Indian Gaming Industry Report, says despite a nationwide flattening of gambling revenue there was growth in 22 of 28 states with Indian casinos.

“Many of the markets where tribes are located are not, by any means, saturated,” Meister says.

Unfortunately, he says, the growth took place in relatively small markets in Wyoming, Montana and North and South Dakota.

IGRA requires tribes seeking to operate Nevada-style casinos to enter into tribal-state regulatory agreements, or compacts, with officials of the states in which tribes are located. Many of these compacts require revenue sharing and limit the scope of gambling.

Tribes may fare well in future negotiations. Improved technology in Class II bingo-style machines that do not require compacts may give tribes leverage in the talks, particularly in California and Florida.

Meanwhile, improved performance of slot machines is expected to increase the bottom line for a number of tribal governments.

“You will see new stuff this year that takes it all up a level, all designed for performance on the casino floor,” Knudson says.

The cause for optimism is welcomed in Indian country.

“The next 25 years for Indian gaming I believe is uncertain,” Washburn said in July testimony before the Senate Committee on Indian Affairs.