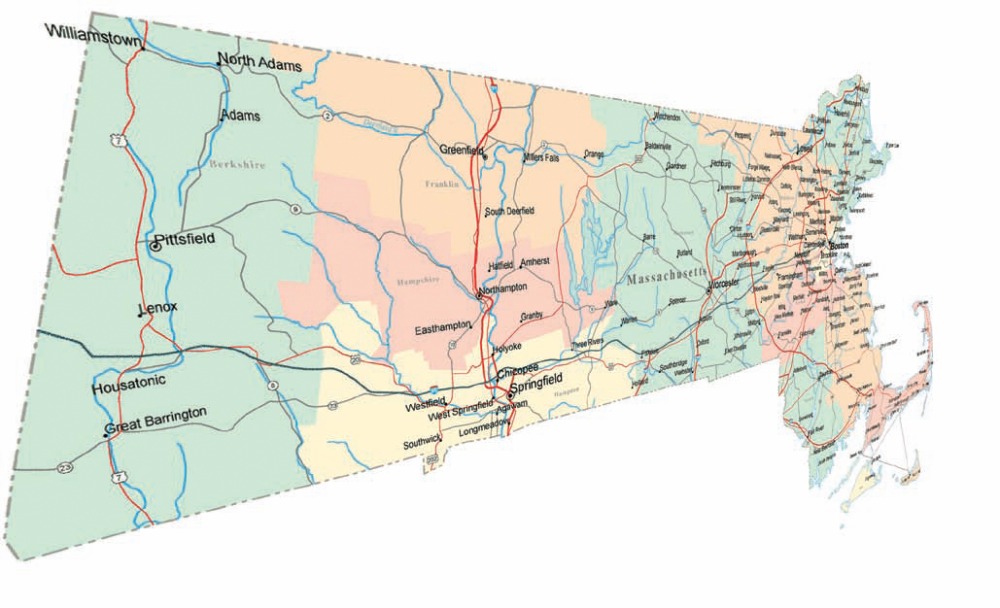 In Massachusetts, where three destination resort casinos are authorized for three distinct regions, developers are going west to cash in on potential gaming gold.

With Zone 1 set for a commercial casino, the only real bidder is Caesars Entertainment, and the owners of Suffolk Downs racetrack in East Boston. Zone 2 is reserved for a tribal casino, with a deadline of July 31 for a decision.

But as many as eight locations in the Western Massachusetts region are or have been under consideration, including four in the city of Springfield alone.

Industry experts and developers say there is good reason for the wide-open competition that’s turned this region of Massachusetts into a modern-day Wild West, with developers just waiting for the Massachusetts Gaming Commission to set the regulations so they can pull the trigger on a bid for a license.

Massachusetts has an overall gaming market of $1.7 billion to $2.6 billion, experts said at a forum sponsored by the gaming commission in June. While the Greater Boston area is considered the coveted license, a well-established proposal at the track in East Boston has strong political support, including from Boston Mayor Thomas Menino, and a big-time casino investor in Caesars Entertainment Inc. that has other developers looking for a new frontier.

“Most people are looking at Suffolk Dows as having a lock on the Boston license, whether that’s true or not,” says Clyde Barrow, executive director of the Center for Public Policy at the University of Massachusetts-Dartmouth. “The law itself gives preference to the Mashpee Wampanoag, and everyone is reluctant to come into Southeastern Massachusetts until that falls apart,” after July 31.

If that happens, the gaming commission is authorized to put that license out to competitive bid.

Barrrow and the UMass center have done extensive studies on the Massachusetts gaming market, specifically on the gambling dollars that are leaving the Bay State for slot parlors in Rhode Island and Indian casinos in Connecticut. Massachusetts can recapture as much as 60 percent of that market, and has an unmet market of $1.1 billion, Barrow says.

When you add in the tourism draws Massachusetts already boasts, experts agree that there is great potential for destination resort casinos in Massachusetts.

“Our region is at the crossroads of Southern New England,” Brennan says.

Because the Boston market appears sewn up and the Southeastern Massachusetts market is complicated by the Native American tribes, Brennan says it became clear early on after the legislation was approved in November that the region west of Worcester would be the hotbed of casino interest.

“The market looks more attractive and the circumstances are less complicated,” Brennan says. “To get from A to B, B to C and C to D is a little easier for developers.”

Mohegan Tribal Gaming Authority, owners of the successful Mohegan Sun casino in Montville, Connecticut, was one of the first to stake its claim. As early as 2007, when Governor Deval Patrick first proposed three casinos in three distinct regions, Mohegan Sun was eyeing Palmer.

Two years later, Mohegan Sun, convinced the Massachusetts legislature was about to legalize expanded gaming, leased 152 acres and opened a storefront on Main Street in the tiny town of 12,140 people.

Mohegan Sun likes Palmer for its location on I-90, the Massachusetts Turnpike, and because its residents had already demonstrated an interest in hosting a casino with a 1997 non-binding referendum, according to Paul Brody, vice president of development for Mohegan Sun.

“The support has been tremendous. It’s one of the reasons we’ve wound up in Palmer,” Brody says. “All of our polling shows there is strong support for a casino there.”

That’s important, because the legislation requires a positive referendum vote by the host community.

Mohegan Sun has done extensive engineering of the project site and has begun to nail down the details of its $600 million plans, Brody says. The company would not release those details, saying they are proprietary at this time, but according to a website created to promote the Palmer initiative, it would include slot machines, table games, restaurants, retail stores and an entertainment venue.

A financial partner has also been tapped for the project, but again, Mohegan Sun has not yet announced who that is. It’s likely that Mohegan Sun doesn’t want to give too much away because of the intense competition for the Western Massachusetts casino license.

Nowhere is that competition more fierce than within the city limits of Springfield, which comes as a bit of a surprise to casino experts like Barrow.

“We expected the Western Massachusetts license would be a rural type of casino like Foxwoods or Mohegan Sun,” he says. “But urban casinos seem to be the way the casino industry is heading. It seems to be a new trend, partly to get the facility closer to population centers. Springfield is good location in that it is far enough away that it is not competing with a Boston casino and Hartford is closer to Springfield than it is to Mohegan Sun.”

In Springfield, Ameristar, which operates eight casinos in seven markets including Missouri and Nevada, appears to be the front-runner. The company has purchased 41 acres for $16 million where it hopes to build a resort casino with 4,000 slot machines, a hotel with 600 to 650 rooms, restaurants, retail outlets and parking. The project would create 2,000 construction jobs and as many as 2,800 permanent jobs, Ameristar estimates.

“We believe Springfield is the perfect spot for us,” says Troy A. Stremming, senior vice president of government relations and public affairs for Ameristar. “Springfield is the most populous city in the region, and the location fits within our model as a regional destination casino.”

Ameristar likes the location, he says, because it’s a blank canvas that allows the company to build the type of destination resort envisioned without relocating anyone or tearing down buildings to build the complex. The location has an established infrastructure and workforce that also make Springfield attractive, Stremming says.

It’s not sexy, but the property allows for the type of parking and ease of access that casino patrons demand. “As we envision it, although we are not far along in design yet, we have plenty of space to make the central focus a casino surrounded by structured parking to make it a pleasurable experience getting into facility and having a short distance to the casino floor,” says Stremming.

Three other developers are also floating possible casino locations in Springfield, including two brothers with separate parcels under consideration.

Peter Picknelly, the owner of Peter Pan Bus Lines, has made an offer to purchase the land that houses the Springfield Republican newspaper in downtown Springfield. The deal has put the newspaper, which is covering casino developments in the region, in the odd position of being part of the story.

In a statement to staff published on the Republican website, publisher George Arwady said he would remove himself from that coverage and the newspaper would remain neutral on its editorial pages.

“The newspaper will continue its balanced news coverage of the various competing efforts to win that license, and Executive Editor Wayne Phaneuf will direct that reporting without any suggestions, criticism or feedback from the publisher or any other members of the newspaper’s business management,” Arwady wrote. “The newspaper’s own editorials will continue to avoid taking a position for or against this or any other particular casino site or developer.”

Meanwhile, Picknelly’s brother, Paul Picknelly, the owner of a Sheraton hotel in the city, has spoken with city officials about land in the south end of the city hard hit by a tornado last year as a possible casino location. That proposal would require the relocation of the Western Massachusetts Correctional Alcohol Center on Howard Street.

Neither of the brothers has announced a casino partner, according to Kevin Kennedy, chief development officer for the city of Springfield. Another unidentified developer recently approached the city with a possible fourth casino location, he says.

Searching for a Spot

The city’s established infrastructure and its openness to welcoming a casino are the factors driving the interest, Kennedy says.

But not everyone has found the west to be so inviting.

MGM Resorts International scrapped plans for Brimfield, citing infrastructure issues, and Hard Rock was turned away in Holyoke, where the mayor has expressed strong opposition.

Both companies, through spokesmen, say they are continuing to seek locations in Western Massachusetts for casino proposals.

“We have nothing to announce at this point, but Western Massachusetts is an exciting part of the state and there is significant opportunity,” says Alan Feldman, senior vice president of public affairs at MGM Resorts International.

Penn National Gaming is reportedly looking at a site in Westfield, though a company spokesman did not respond to requests for an interview.

The competition is so robust in Western Massachusetts that the state Gaming Commission has openly talked about putting that license out to bid first so developers who lose out on the sweepstakes there can pull together another proposal to compete against Caesars in the Greater Boston market. The five-member panel’s interest in doing that intensified in late June when Gary Loveman, CEO of Caesars Entertainment, boldly predicted in the Boston Globe that he expects to be the lone bidder for that license. That prompted commissioners to issue a statement saying the Boston license is not a done deal.

“The commission encourages and will welcome aggressive competition for gaming licenses in each of the regions it regulates,” the statement concluded.

So far in Western Massachusetts, there’s been no need to encourage competition. The region has been the surprise epicenter of the casino competition throughout the spring and early summer with no signs of a slowdown. Developers are champing at the bit to get a piece of the Massachusetts gaming market.