Gaming OK for Jamaica; Rejected in Bermuda; Considered in Bahamas 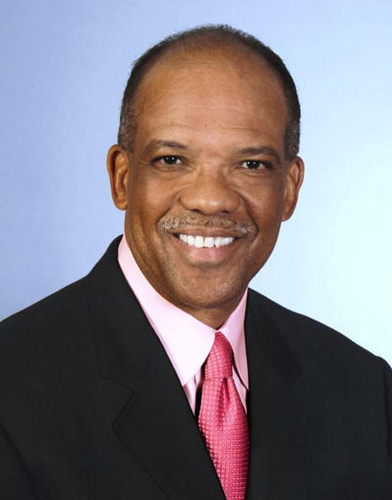 Last month, three islands took different routes to gambling. One arrived, one turned back, one considered expansion. The reasons are as varied as the politics of each island can provide. But the bottom line is that each nation must decide when, if and how much gaming is best for it.

The recent 10-hour parliamentary discussion on the question of introducing casino gaming to Bermuda revealed there is little political support for the move at present.

The potential benefits of casinos for the island’s faltering tourism product, touted in a government “green paper,” went largely ignored by the overwhelmingly anti-gaming members of parliament.

The Bermuda Sun reported that at the House of Assembly discussion on May 8, 24 MPs spoke against casinos, as opposed to only five who spoke in favor of the green paper commissioned by Bermuda Premier Ewart Brown.

Six of those MPs opposed were also members of Brown’s cabinet.

The Sun identified Deputy Premier Paula Cox, an opponent of the idea and one of the first to speak, as setting the tone of the discussion.

Cox said, “At this stage, where Bermuda stands right now, I do not see gaming as the right thing for Bermuda. What is important to note, Mr. Speaker, is we are at a tipping point in Bermuda right now and we must be careful where we stand.”

Cox did add that she was not saying she would be against gaming at some point in the future.

Former Premier Alex Scott, who also spoke against gambling, said he was proud of the deputy premier and others who opposed the casino idea.

“I did think that a lot of people would speak out against it and I think it was important that cabinet ministers stepped forward,” Scott said. “I hope the issue is now behind us, because there are quite a few social issues that we need to address.”

Government sources speculated that it was unlikely a white paper would follow, given the negative outpouring.

Even the main driver of the green paper, Brown, seemed to be distancing himself from the moment. His closing comments contained no firm statement as to whether or not he would produce a white paper in June, as had been planned originally.

“Some of the speakers voiced their lack of support for gaming in Bermuda right now, which leads me to believe that at some point in the future, the idea of gaming might again come up in the House,” Brown said. “I would encourage that. As the premier, I must listen to everyone and take all that is said into consideration. As the tourism minister, I must propose what I believe is in the best interests of Bermuda tourism.”

Brown did not go into full retreat, however, and seemed to be laying the groundwork for future discussion. He spoke of ways to structure casino gaming legislation and regulations that would mean less impact on the society.

The Casino Gaming Act 2010 passed both houses of the Jamaican parliament the last week of April and was signed into law by Governor General Sir Patrick Allen on May 6.

According to the Jamaica Gleaner, Allen, a pastor and former president of the Central Jamaica Conference of Seventh-Day Adventists, had faced a dilemma in his role as the leading public servant.

The current president of the religious group, Pastor Dennis Bignall, offered what sounded like mixed messages of support and caution for the governor general’s position.

Speaking of the GG’s obligation to sign the bill that was passed, Bignall said, “He is serving the nation, and the good book says as servants, you are called to obey who you serve.”

Now that the bill is law, Minister of Finance and Public Service Audley Shaw will publish a notice calling for the appointment of members of the Casino Gaming Commission, after which regulations will be promulgated.

Gaming, says Senator Arthur Williams, who also serves as the minister of state in the Ministry of Finance and the Public Service, will greatly benefit the Jamaican people.

“Casino gaming will expand our tourism product, increase earnings, generate employment and increase tax revenues,” he explains. “For instance, the investment to build one 2,000-room hotel is some US$1.5 billion.”

In a speech to Parliament, Prime Minister Bruce Golding said the long battle to legalize casino gaming is over.

“The issue of casinos has been a lightning rod of controversy for a long time,” said Golding. “We have tiptoed around the issue, not wanting to be embroiled in the controversy. We have sneaked up on the issue while proclaiming our opposition to it. There are those who I know disagree with casino gaming. I respect their views. The fact is that horse bolted through the gate a long time ago with the granting of licenses for hundreds of gaming machines.”

According to the Memorandum of Objects and Reasons of the Casino Act 2010, Williams points out that gaming will only be permitted in the “luxury” context, which includes integrated resort developments, with casino gaming being just one component. Hotels, entertainment facilities, restaurants, shopping, sporting venues and other elements need to be included in the development, while the casino can account for no more than 20 percent of the total investment.

Golding cited two efforts to establish casinos in Jamaica. He said “the government has approved proposals from the developers of the Palmyra Resort and Spa, operated by Celebration Jamaica Ltd., for a major new investment predicated on the granting of a casino license.

“This investment involves the development of a 65-acre property adjoining the existing Palmyra Resort at Rose Hall and consisting of 2,080 new hotel rooms. The project will involve a total investment of US$1.8 billion.”

Another organization, the Tavistock Group, is partnering with the government through a specially formed company, Harmonization Ltd. Tavistock will develop the Harmony Cove project in Trelawny, a large project on 2,300 acres with total investment of US$4.5 billion and the construction of some 4,500 rooms.

“We had to renegotiate the terms of the agreement with the Tavistock Group in respect of Harmony Cove,” says Golding. “This was so because under the agreement entered into with the previous administration, Harmony Cove would have enjoyed an exclusive license to operate gaming machines within a 10-mile radius of any border of Trelawny. This exclusive zone encompasses Rose Hall.

“I am in a position to advise based on our undertaking that it will also be allowed to operate a casino, Tavistock has agreed to restrict its exclusivity to allow for an agreement to be signed with Celebration Jamaica and by an exchange of letters the Heads of Agreement have been amended accordingly.”

Under the amended agreement, says Golding, Tavistock will increase the size of the project from 4,500 rooms to 8,500 rooms with an additional investment of US$1.2 billion.

The managing director of the Tavistock Group, Christopher Anand, says the development will benefit all Jamaicans.

“We believe the passing of the casino law begins a new chapter in Jamaican tourism development which will help to stimulate the economy for decades to come,” he says. “Today, more than ever, we are committed to bringing an exciting and magnetic destination resort to the country at Harmony Cove.”

The Casino Gaming Commission will be set up independent of Jamaica’s Betting, Gaming and Lotteries Commission, which was established in 1975 to oversee all wagering in the nation. This is to allow the casino commission to be dedicated to and focused only on casino gaming in Jamaica.

A recent study released by the Finance Ministry, conducted along with PriceWaterhouseCoopers of Canada, indicated the activity would have a positive impact on Jamaica, producing as many as 33,000 jobs (more than 8,000 direct and almost 25,000 indirect jobs). It estimates that for every dollar of revenue earned by the casino industry, 30 cents would be paid out in wages.

Bahamas Prime Minister Hubert Ingraham has confirmed that there is broad support within his ruling Free National Movement party for allowing Bahamians to play lottery games. There is also a growing movement to allow foreigners residing in the Bahamas to gamble at local casinos.

According to the Freeport News, Ingraham has consulted a number of groups on the matter, including his party’s central council and members of his parliamentary team. He has informed opposition leader Perry Christie and others that the government is looking into the matter.

“I have also met with the Christian Council,” said Ingraham. “I told them that we have not made a final decision but that the matter was being considered and that I would get back to them when we would have further discussed the matter and arrived on a conclusion.”

Gambling legislation reform was not part of the prime minister’s platform when his party won the 2007 election and he began his third term in office. Neither was there any mention of gambling when Governor General Sir Arthur Foulkes delivered the Speech from the Throne on the occasion of the opening of the latest session of parliament on April 14.

But Ingraham also has said that he would not stand in the way of change to the Bahamas’ gaming laws.

While it is unlikely that native Bahamians would be allowed to play in local casinos, foreign nationals residing in the Bahamas are another story. As early as May 2009, Robert Sands, president of the Bahamas Hotel Association, told the Nassau Guardian that his organization favored both a national lottery and allowing legal foreign residents to gamble in casinos.

Adding more pressure, in neighboring Florida, legislators recently ratified an agreement with the Seminole Tribe that gives them the exclusive right to operate blackjack, chemin de fer and baccarat at the tribe’s casinos in Broward, Immokalee and Tampa, as well as slot machines at all seven casinos.

The deal also gives Florida’s racetracks the right to run poker rooms for 18 hours a day as opposed to the current 12, removes the cap on poker stakes, and lets operators continue to apply for permission to offer casino games. Legislators and voters also will be able to consider more gambling expansion, including efforts to bring destination resort casinos to the state.

The developments in Florida and elsewhere on the East Coast of the U.S., spurred by shortfalls in state budgets, are seen as a direct threat to casinos in the Bahamas.

George Markantonis, president and managing director of Kerzner International Bahamas, told the Nassau Guardian in January, “The issue that our casino faces is that with the legalization of gaming across many of the states in North America we are starting to see a decline in the spend coming from Florida, New York and New Jersey.”

Said Markantonis, “The legalization of casinos one by one is going to impact our business, because if you just have to drive down the street to go to a casino, why would you go all the way to the airport, spend an hour and a half going through security, fly somewhere, go through customs and immigration just to go to a casino? That’s going to be a challenge for us.”