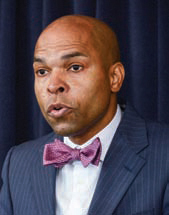 A bill authorizing a referendum on bringing casino gaming to Bermuda was expected last month to be approved by Parliament.

The Referendum Act 2013, as it’s titled, will require a public vote on legalization within 90 days of passage, meaning the referendum will likely be held sometime in the first quarter of 2014.

The government supports the bill, which will result, in Tourism Minister Shawn Crockwell’s words, in a “regulated and dynamic gaming industry” for the popular tourist destination off the coast of the Southeastern United States.

If the referendum is approved, a Gaming Commission will be set up to handle oversight and regulation.

“The Cabinet Gaming Committee is in the process of finalizing the government’s vision for a new gaming industry,” said Crockwell, who pointed to successful markets in Aruba, the Bahamas, the Dominican Republic and Puerto Rico as models for the economic benefits the island will enjoy.

“Our research shows that if done correctly, the introduction of casino-style gaming in Bermuda can generate much-needed revenue for the government and provide jobs and even careers for our people.”

Not everyone is enthused, however, particularly with the proposed working of the ballot question:

Do you favor the introduction of regulated casino gaming for the purposes of creating new jobs for Bermudians and encouraging hotel development?

Senator Diallo Rabain complained, “What happened to just laying the facts out, asking a non-weighted question and allowing people to decide? As a disclaimer, I am not saying the gambling will not encourage hotel development and by extension new jobs; however, fair is fair and right is right.”