Why kiosks are an important link to your customers 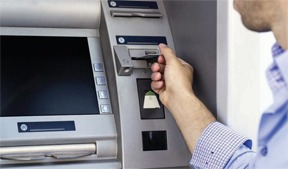 Creativity continues to abound. MGM Resorts in Las Vegas installed some iSports terminals about six months ago. Positioned near the sports book, they give patrons a self-serving option to place bets, gain handicapping information and access local promotions after becoming operational later this year. For now, customers are using these kiosks to make dinner reservations and buy show tickets. They use different kiosks, at lobbies, for checking out and printing boarding passes.

Vendors can approach the market from varied directions, but one common denominator looms: speed. Touch-screen checkout kiosks enable customers to play another half an hour before leaving. Jackpot dispensers put players back into the game faster. Specific software stores long-term promotions information, accessible by a single kiosk card swipe. These promotions inspire prolonged customer loyalty by way of a game that can go on for months.

Las Vegas-based DiTronics handles nearly $3 billion annually, or about $7 million a day. It has long specialized in in check-cashing, ATMs, kiosks, etc., servicing 450 casino operators. It helps casinos in the compliance area by offering a comprehensive library of more than 70 reports. They encompass market offerings as well as financial audit and balancing reports across all applications. Access is provided securely and is available from any internet-enabled device.

On the hardware side, it showcases DFS-200 All-N-1 ticket redemption solution, rated to handle more than 1,000 daily transactions, according to Jim Kirner, senior vice president of sales and marketing.

In the software area, DiTronics offers innovations it might consider

Dispense debuted at a midsize casino in March and will be fully unveiled at NIGA.

“Now, you won’t need a separate $55,000 device that is used just for jackpots,” Kirner asserts. “Jackpot Dispense can be used in any kiosk that has this new software. It enables the player to gain the payout at a kiosk near where he is playing. It also eliminates a trip to the cage. If he hits for more than $1,200, casino personnel will get the tax form and bring it to him.”

The system alleviates the mixed blessing that comes with hitting big. The payout is nice but the paperwork can be time-consuming, especially when a long cage line exists. And even worse if someone gets stuck behind another player who nailed a jackpot.

Kirner recently experienced an event that underscored his faith in another DiTronics software feature, Smart Dispense. It allocates bill denomination for appropriate areas, supplying large notes in machines near the high-roller area and smaller bills, like 20s, in a kiosk near estaurants. The system addresses situations in which customers gain a large bill in a place they can’t break it.

As Kirner discovered. “I never have money on me,” he laughs, “so one day when I decided to take my 5-year-old daughter to the movies and a park, I took out $300 from a machine. What do you think it gives me? Three $100 bills. Now we have a half hour to kill before the movie and we are right next to a bowling alley and an arcade, and I can’t break it there.

“It required a trip to another machine to break it, but for the $100, all I got was five $20 bills. You still can’t use that in the arcade. I had to go back to the kiosk and finally break the 20 to give me the note I can use in the arcade.

“Think about the wear and tear on the kiosks. Three transactions instead of one. All of the time involved. You also end up with an irate and unhappy customer.”

Playing his experience forward, the absence of applicable bills may cause frustrated customers to walk away from the establishment rather than patronize it.

Kirner says Smart Dispense is set up by kiosk, gaming floor and zone. In the not-too-distant future, it will probably contain personalized information. Someone using a card will be able to obtain notes customized for his level of play.

Las Vegas-based Micro Gaming Technologies has capitalized on the first word in its name. Micro could define the micro-managing demands upon casino marketing departments.

“There is constant pressure to outperform budgets,” says Travis Carrico, vice president of sales and marketing for the company, which designs and develops software to automate, track and report casino promotions. The MGT software applications interface bi-directionally with existing player tracking systems (Aristocrat, Bally, IGT, Konami) and a touch-screen kiosk.

“They need tools to automate the marketplace,” Carrico adds. “We not only turn these kiosks into employees, but very sophisticated employees. They know every single player in their database, the value of each player and what marketing reinvestment is suitable for that player. The kiosk is an extension of the player’s club.”

With speed as a catalyst. Carrico says promotional and rewards lines are long enough—30 minutes in some instances—to discourage participation. But take an email offer, make it available via the swipe of a loyalty card and customers can begin playing.

Continued demands upon kiosks have produced a fertile market for MGT. Carrico says the company has enjoyed significant growth, from 15 casino properties several years ago to 180. It has installs throughout many Boyd, Pinnacle and Affinity Gaming properties.

MGT software exists primarily at kiosks specifically designed for marketing. A general rule of thumb calls for one marketing-specialized kiosk for every 300 slot machines, Carrico says. A swipe of the loyalty card puts the company’s software into motion.

Its latest product, Promo App Module, is an extension of its Promo Intelligence Suite now in version 4.5. Promo App Module launched last September. It is a logical extension of the Intelligence Suite, which debuted in 2001 and is an integrated set of computer applications interfaced to the player tracking system. The MGT promotional system allows casino marketing departments to configure and automate several types of promotions with a touch-screen kiosk. They include electronic drawings, new member bonus, earn-and-get, swipe-to-win, bounce back, demographic and play-based promotions.

The Promo App Module expands the concept to games, even long-term ones. Lucky numbers and keno have become popular promotions, Carrico says. As has bingo.

“Think of the Monopoly game at McDonalds in which you can win prizes instantly or collect each prize to fill up your game board,” Carrico says. “You want to keep coming back. It’s the same thing in a casino environment. If you ran that type of promotion and tried to keep track of it manually, that would be next to impossible, and a nightmare. But now you can automate it, track the progress of the player, know how many game pieces he has and control the game through the kiosk. A player can check and see that he needs a few more points to get four ball draws and maybe cover one or two more numbers to get $50 of free play.”

For Cincinnati-based Vantiv, the kiosk is one spoke in a colossal wheel.

The company provides payment and technology services to merchants and financial institutions in the United States. It processes more than 20 billion payment transactions along with more than $700 billion in volume annually. Vantiv supports approximately 400,000 merchant locations and more than 12,000 automated teller machines in 46 states and eight countries. Those numbers are constantly rising.

Vantiv services industry giants Walmart and CVS, Walgreens, Nordstrom and Kroger, among others.

So what attracted this heavyweight to the casino world?

Gaming, and the payment systems required to make it run, spiked the company’s interest to enter this realm by forming Vantiv Gaming Solutions in 2013. Joe Pappano, who had cultivated contacts with operators, banks and vendors for several years, brought his company’s resources into what he considered an industry ripe for double-digit growth. If someone wants to use a card to fund gaming purchases, Vantiv provides the connectivity to allow that transaction to occur.

“We are bringing all legs of the stool together,” says Pappano, a 23-year Vantiv veteran and the senior vice president and managing director of Vantiv Gaming Solutions. “Somebody may want to go online to play. Somebody may wish to use a mobile device. Somebody may want to have a transaction in the casino. Whether it is online, mobile or the brick-and-mortar structure, we have the infrastructure to allow an operator to follow their customers. We connect all points of interaction.

“I think, in a Utopian world, the kiosk becomes an extension of the land-based operator or the state lottery,” Pappano adds. “What everybody is learning is that you can’t be one-dimensional.

“The kiosk is a way to drive additional revenues, to extend the reach for the customer. It also remains valuable for checking in at the hotel or with loyalty status. It’s the heartbeat extending my broader distribution.”

Pappano says he is pleased with the convergence of the gaming and payment industries, and considers the growth sustainable. Vantiv’s array of merchant service includes credit and debit card processing, loyalty programs, ACH and other alternative payment services, PCI and breach assistance, prepaid loyalty and rewards programs, encryption and tokenization, along with data analytics.

Pappano considers electronic gaming devices, security and the evolution of the relationship between gaming and credit-card companies as major areas for potential.

Toward that end, he believes a major breakthrough has occurred. New merchant category code regulations for gaming have been adopted by Visa and MasterCard.    They go into effect April 17, unlocking methods of funding gaming that had previously been blocked, he says. It is a substantial development, given the longstanding concern for security breaches expressed about gaming by the banking and credit-card industries.

The companies that sell kiosks to casinos want to help them streamline operations by becoming faster. To accomplish these objectives, vendors may need to ask casinos one significant question:

What’s in your kiosk?